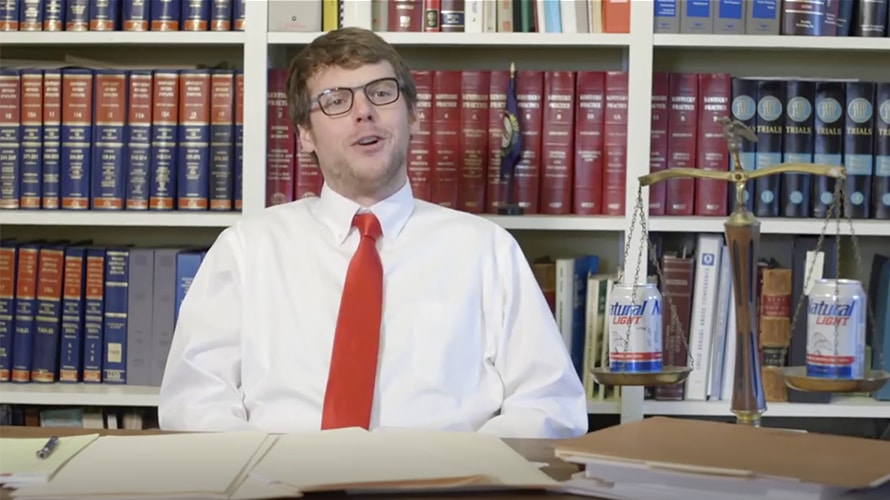 A thirst for knowledge. Paid for by Natty Light? AB InBev

Nothing ruins a festive mood like thinking about student loan payments.

AB InBev brand Natural Light has found a sizable portion of its audience with drinkers in their early 20s (with whom it is better known as “Natty Light”), largely due to its low price tag. So it made sense that the brand would tackle an issue like college debt, as it did with its regional Super Bowl effort last year, where it pledged to donate a million dollars to help pay off student loans.

This year, the brand is continuing the effort, with a follow-up Super Bowl campaign by agency Draftline running regionally in five of the top 10 cities with the highest rates of student loan debt: Columbia, S.C.; Jackson, Miss.; Little Rock, Ark.; Raleigh, N.C.; and Richmond, Va.

“The response to the Natural Light College Debt Relief Program last year was incredible. It was the first year of the program and we quickly saw it had a major impact,” Daniel Blake, senior director, value brands, Anheuser-Busch told Adweek. “Because the college debt issue continues to grow, we knew we had to come back even stronger in 2019.”

The ad focuses on all the winners of last year’s contest while asking viewers to share more #NattyStories for a chance to win their share of this year’s million. Interested viewers have until May 18 to post a video to social media including the green dollar-sign tab found on limited-edition cans and the hashtags #NattyStories and #Contest.

The campaign extends beyond the Super Bowl, with the ad also running on Twitter and social ads putting the student loan debt crisis into perspective with a look at how many Natty Light “Beeramids of Giza” could be built with that money.

The brand also partnered with mobile payment app Cash App, paying out $53,000 to 151 fans on the app so they can throw a Super Bowl party without worrying about impending student loan payments.

Natural Light has committed to addressing the issue over the long-term as well, pledging $10,000,000 over the next 10 years.

“College debt is a huge issue amongst our drinkers, and also affects people well into their 30s and 40s since it can sometimes take that long to pay off. We want to give back to these people first and foremost,” Blake said. “By aligning with an issue like college debt, one that hits so close to home with our drinkers, the connection we have with this audience is even stronger now. It’s been a focus of ours over the last couple years to give back to them.”

In addition to last year’s Super Bowl campaign, the effort also follows the brand sharing one fan’s resume via a Nascar paint job.

“Because there is such nostalgia between your college years and Natty Light, these are causes we feel we have to rally behind,” Blake added.