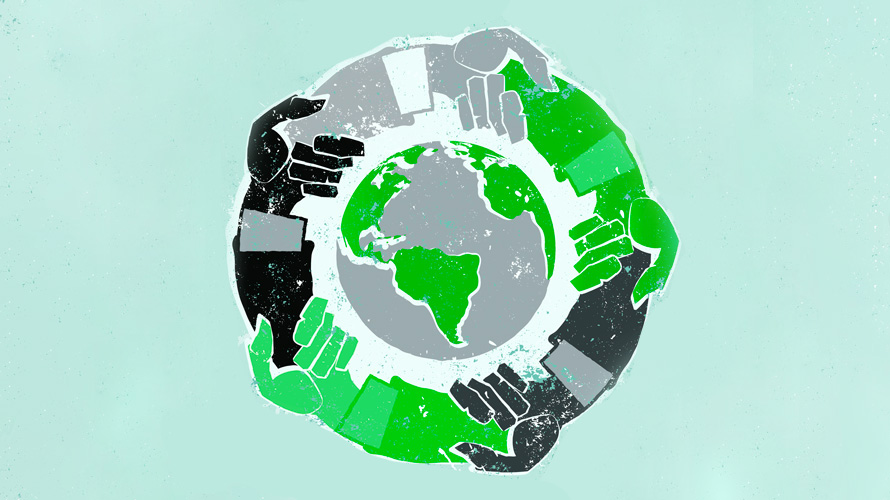 Part of marketing with purpose means meeting consumers where they're at. Getty Images

Amid the massive uncertainty that surrounds most every part of our lives we can be certain of two things at least: We have more questions than answers, and anyone who suggests otherwise is a shill. And the past provides no actionable blueprint for moving forward.

As marketers—let alone humans—we’re hungry to look backward to find ways forward. How should brands act in times of crisis? What can we say and can’t we? What should we do and when? What can we learn from events like 9/11 and the 2008 recession?

The problem with this understandable search for an empirical blueprint is that none exists and we wind up comparing apples to apartment buildings. And while I don’t mean to suggest no learning can come from hindsight (because of course it can), this moment is just so obviously and fundamentally different.

This is unlike other global emergencies because there is no single silent enemy that is our threat, no one individual or group who seeks to do us harm. Even as we begin to see the first glimmers that the worst may be past, this threat will continue to come from those we love and interact with most: our families, our colleagues, our neighbors, our friends. Here, and perhaps moving forward, the good, kind and righteous pose a danger to our physical well-being, not some madman with a gun or a plane. Unlike 9/11, divorced as it was from broader economic forces, we can’t be exhorted to defeat the evil by going shopping. Consumerism in both its quantity and quality is not getting us out of this, because consumerism as we’ve known it is irrevocably changed, even if we don’t yet know all the ways how.

This will be the push some things like remote work, universal healthcare and climate action needed to go from cultural conversation to action.

This is unlike 2008 because that economic crisis was the result of many variables. As a case study, it fits far more squarely into the historical and cyclical ebb and flow of economic growth and contraction. It compares to the downturn we were likely heading into had this pandemic not occurred, but now with tens of millions entering the ranks of the unemployed, it looks like a delightful pipe dream of what could have been.

In 2008, while many companies and so many people suffered, bailout and support was largely focused on the “too big to fail” housing market, the financial sector and the automotive industry. Now, the damage, hurt and long-term effects will be felt more widely and across far more industries, sectors, individuals and trades. No one anywhere will escape its reach and impact.

But the most important difference between now and then that makes these “what we can learn?” analogs so flat is that none of those events led to behavioral shifts at scale and across so many parts of our lives and world like this will.

Consider one relatively small change with both metaphoric and real implications for marketers. Over the past month, we’ve been reintroduced to one another in new ways. We’re seeing people we’ve known for years through one lens, but now with all their (and our) hopes and fears and vulnerabilities on full display. We’re conversing from our kitchens and bedrooms, sans makeup (or, too often, shower), with our kids in our laps, our dogs and/or parents barking and our technological challenges on full display.

The aperture through which we’re all seeing each other, clients and colleagues alike, is more open and more human than ever before. This is only a good thing for us as people. We as marketers need to pay heed because there is no going back.

How should brands act? What should we do?

People want to see brands act more human than ever before, too. That’s our opportunity, and that’s our responsibility.

People need help, relief, an escape. This is a practical need for a growing number of the too many and an emotional one for all. To paraphrase Mr. Rogers, brands need to be the helpers, the ones people look for.

Obviously, it’s still too early to know what will and won’t change because of this universally shared terrible experience. But this will be the push some things like remote work, universal healthcare and climate action needed to go from cultural conversation to action.

Over the past few years, we’ve seen the acceleration of purpose-driven marketing, driven as it has been by some of the same attitudinal shifts that 2008 precipitated. We vote with our wallets. We expect brands to be active participants in making our world better. What a better world is, however, at least in the near-future, looks and feels far different than even five weeks ago.

Be the maker of a better world for people. Whether you’re helping to eradicate negatives or create positives, be the helpers. Now and moving forward. This is a humanitarian crisis. Consider the humans in it and act more like them.

@SethMatlins Seth Matlins is the evp, cultural strategy and insights at 160over90, where he helps brands tap into the agency’s breadth of audience insights.