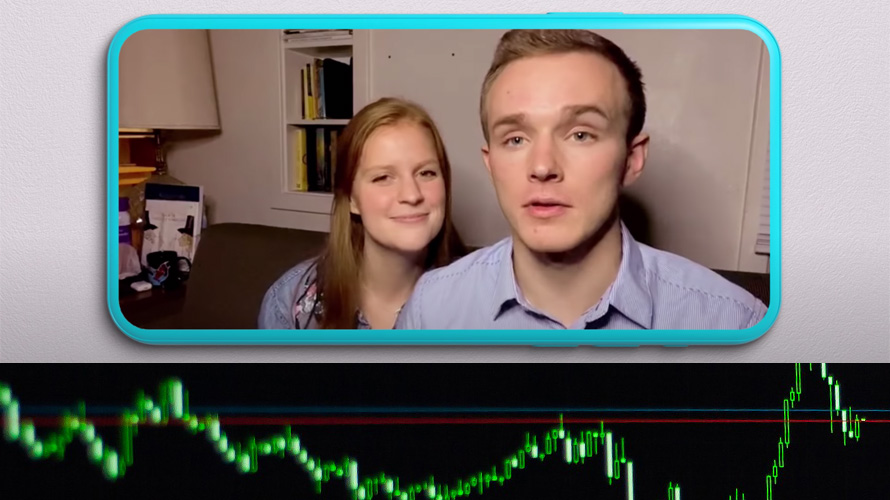 SoFi launched a campaign in the second week of April after investor interest surged. - Credit by SoFi, Getty Images

In the dire times of a pandemic, with global economies crushed by shutdowns and uncertainty, some sectors are still managing to thrive. There’s streaming services, which have seen major increases in viewership (most notably on Disney+), and CPG manufacturers, who are facing unprecedented demand in a time when it feels nearly impossible to get a double-ply roll.

Despite the chaos in the stock market, there is another industry that’s seeing a boost: digital banking and finance brands, especially those marketed toward millennial consumers such as Wealthfront, Robinhood and SoFi, which have all seen increased membership since the coronavirus began spreading around the globe.

Take the last week of February. On Monday, the Dow fell nearly 1,000 points. By Friday, automated investment service Wealthfront saw signups increase by 50%. Between Feb. 28 and March 27, new signups had increased by 37% year-over-year. A majority of those were in taxable accounts.

Robinhood, a day-trading app founded in 2013, saw daily volumes three times higher than in Q4 of 2019. In March, Robinhood’s customers were depositing more than 10 times the brand’s Q4 monthly average in 2019.

SoFi, an online personal finance company that started out as a student loan refinancer and has grown to provide more traditional banking services, has seen new members for its brokerage account double and its automated investment product increase by 20%.

In a survey of Wealthfront’s new members, more than 60% said they had been thinking about opening an account for “a few months or longer.”

“We interpret this as they were sitting on the sidelines, waiting for an ‘event’ or the right moment like a market drop—buying the dip, so to speak,” said Kate Wauck, senior vice president of communications for Wealthfront, who also oversees the brand’s marketing.

Although there is no real historical comparison for the current pandemic and its effects on the market, previous corrections like those in 2018, when the market fell more than 10%, didn’t yield the same spike in new investors, Wauck said.

It should be noted that Robinhood is a bit different from Wealthfront, in that it’s a stock trading app where users have direct control over the specific stocks they can buy, whereas Wealthfront is a robo-advisor that makes decisions based on an algorithm chosen by a user’s risk index. Still, the increase in membership shows that consumers want to get into the market, no matter the brand.

During the second week of April, SoFi released a commercial created in-house and entirely from its own members talking about how the brand helped them in this period of economic uncertainty.

“Even in uncertain times, SoFi is here to help people get their money right,” according to the ad. “The world is changing. Our promise isn’t.”

The campaign premiered on Good Morning America and NBC’s Today show on April 10, and also ran during 60 Minutes alongside other late-night programming and on major streaming platforms, with no set end date.

“For people who have any extra income, when there’s a downturn in the market and you are a long-term investor, it’s a good time to get investing,” said a SoFi spokesperson. “It’s a practical step to take.”

“This crisis has accelerated our clients’ desire to participate in the markets,” said Kelli Keough, head of digital and client solutions for U.S. wealth management at JP Morgan Chase. “Clients are choosing access to digital experiences that are easy to use, offer good value and are from a brand that has been there for clients historically.”

Whether market performance is up or down, part of the rush to invest could be simply that the Dow is top of mind. As the saying goes, the best day to invest is yesterday.

“Before the news shifted to health, the first wave of stories about the coronavirus was how the stock market was being affected,” said David Deal, a marketing consultant. “[These platforms] give you direct control of your own money, you don’t have to talk to a person, [and] they’re fairly easy to sign up for and use.”

Although Wauck noted that Wealthfront doesn’t market much in the traditional sense—more than 90% of its users come through the company’s own organic channels—it has reached out to its users through email and the brand’s blog. The blog is chock full of posts with headlines like “Should you change your investment strategy because of COVID-19?” and “Stocks are on sale—how should you buy?”

The willingness to invest may also be because these are consumers who have weathered storms before. Wealthfront’s average age is 32, and more than 90% of its clients are under 40. SoFi said its average user is between 25 and 40 years old. Robinhood’s median age is 31. For all of the services, the majority of their consumer base is millennials, many of whom graduated high school and college into the Great Recession in 2008, and now have either just bought a home or were thinking about purchasing a home and starting a family. According to Wells Fargo, only 16% of millennials use a financial adviser.

“Millennials have been hit,” said Simon Blanchard, an assistant professor of marketing at Georgetown University and a consumer marketing and personal finance expert. “Financial security and general planning is really top of mind. They’ve been burned twice at times when there are big changes in their lives.”

“For younger consumers, there is a heightened awareness of money management—to think long-term,” Deal said. “Investment apps give people more control during a time of upheaval.”