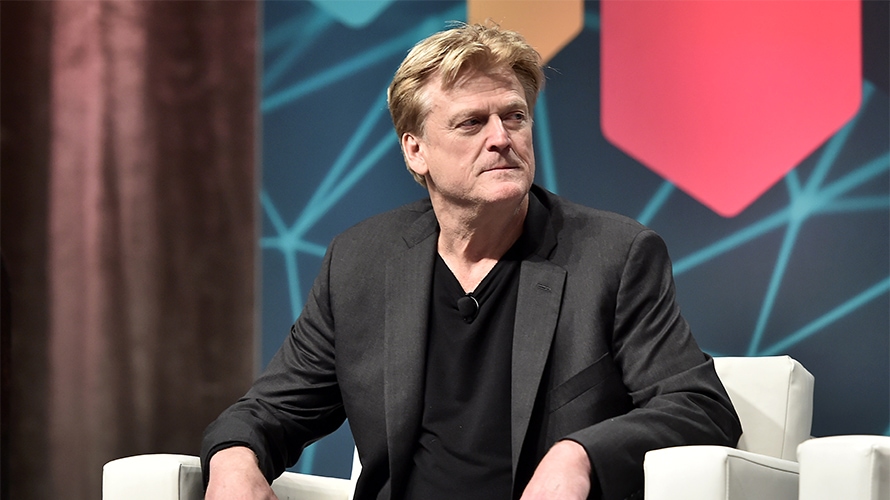 Patrick Byrne will be replaced by an interim CEO. - Credit by Getty Images

Patrick Byrne, who founded Overstock in 1999, has resigned as CEO.

In a letter to shareholders, Byrne stated that his remarks earlier this month about the FBI, the “deep state,” and his romantic involvement with a jailed Russian agent “complicate all manner of business relationships.” Jonathan Johnson, an Overstock board member for 17 years, will serve as interim CEO.

“Though patriotic Americans are writing me in support, my presence may affect and complicate all manner of business relationships, from insurability to strategic discussions regarding our retail business,” Byrne wrote in the letter to shareholders. “Thus, while I believe that I did what was necessary for the good of the country, for the good of the firm, I am in the sad position of having to sever ties with Overstock, both as CEO and board member, effective Thursday August 22.”

Overstock, which missed earnings but still rose in the stock market, decreased by 17.6% after Byrne’s remarks, according to MarketWatch. Some of Byrne’s remarks, which he first issued in an Overstock press release, included claiming that he was involved in the FBI probe into Russian interference with the U.S. election and former secretary of state and presidential candidate, Hillary Clinton, and that he was romantically involved with jailed Russian agent, Maria Butina, who is currently serving an 18-month stint in prison.

According to The New York Times, after making those statements on Aug. 12, shares for the company took a nosedive of more than 30%.

“Coming forward publicly about my involvement in other matters was hardly my first choice,” Byrne wrote. “But for three years I have watched my country pull itself apart while I knew many answers, and I set my red line at seeing civil violence breaking out. My Rabbi made me see that ‘coming forward’ meant telling the public (not just the government) the truth. I now plan on leaving things to the esteemed Department of Justice (which I have doubtless already angered enough by going public) and disappearing for some time.”

Byrne ended the letter by telling shareholders to shop on Overstock.com.