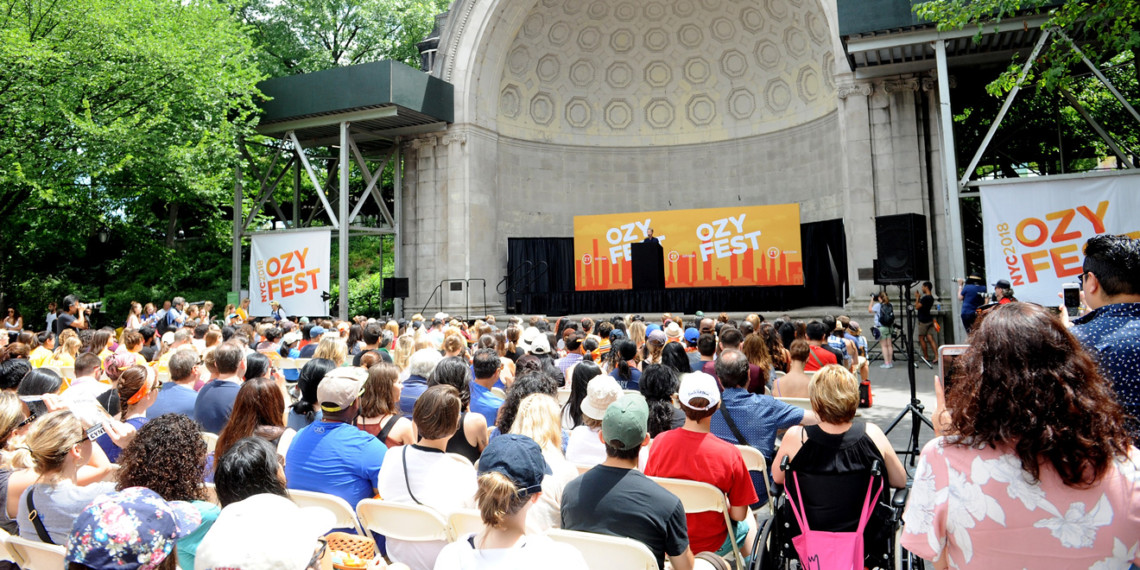 The event, which would have been OZY Media’s fourth annual festival, was slated to occur over two days with headliners including John Legend, Trevor Noah and Padma Lakshmi. After city officials canceled the festival, organizers posted on OZY’s website that it wasn’t feasible to move the event to a new location on the same weekend, after reviewing options with the city. Organizers also announced on the event’s website and social platforms that tickets, which ranged in price from $49 to $399, would be refunded.

The 2020 festival is slated to have some 50 performers and speakers, including singer Miguel, Queer Eye stars Tan France and Karamo, politicians Andrew Yang and Julián Castro, activist Gloria Steinem and Chelsea Clinton. Live entertainment and experience agency Superfly is producing the festival, whose sponsors include Hulu, JPMorgan Chase and Ally Financial. Media partners include CNBC, iHeartMedia and BuzzFeed.

“OZY Fest is the IRL actualization of all that is OZY—think TED meets Coachella,” said Carlos Watson, CEO and co-founder of OZY Media, in a statement. “Our goal is to bring culture to life for a day and inspire curiosity in everyone so they can engage more fully with the world around them.”

While OZY Media launched OZY Fest in Central Park in 2016, last year’s event was the first time the festival would have been held on the park’s Great Lawn, much to the ire of New Yorkers who criticized the park for hosting a for-profit festival. If the event had been held as planned last year, the New York City Department of Parks & Recreation had prepared to close sections of the Great Lawn for nine days for setup and post-event cleanup.

OZY Media was founded in 2013 by Watson, a former CNN and MSNBC news anchor, and Goldman Sachs alum Samir Rao.

Don't miss Adweek NexTech, live this week, to explore privacy, data, attribution and the benchmarks that matter. Register for free and tune in.
ian.zelaya@adweek.com Ian Zelaya is an Adweek reporter covering how brands engage with consumers in the modern world, ranging from experiential marketing and social media to email marketing and customer experience.