Problematic comments were made during a May conference call 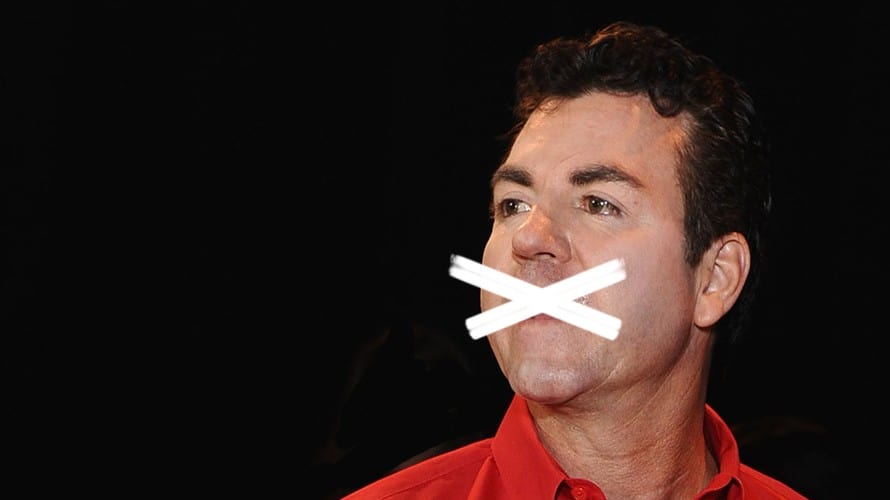 Update: It has been announced that John Schnatter resigned as chairman of Papa John’s.

The Papa John’s public relations team has probably glued their palms to their faces at this point. According to Forbes, founder and former CEO John Schnatter was today accused of using the N-word and making other problematic comments on a May conference call between Papa John’s execs and marketing agency Laundry Service.

Reportedly, the conference call was, ironically, a role-playing exercise to help Schnatter stop putting his foot in his mouth following a November 2017 blunder in which he blamed the NFL for slowing pizza sales amid the national anthem controversy. Schnatter stepped down as CEO in the wake of the resulting backlash. When asked in the May call how he would distance himself from racist groups online, Schnatter allegedly deflected by saying Colonel Sanders used the N-word—himself using the actual word—and never got in trouble for it.

Schnatter allegedly went on to recall instances from his childhood when African-Americans were dragged behind trucks until they died, supposedly in an attempt to condemn racism. These comments did not sit well with others on the call, who deemed them offensive, according to Forbes. Laundry Service owner Casey Wasserman subsequently severed ties with the pizza chain.

“Papa John’s condemns racism and any insensitive language, no matter the situation or setting,” said Papa John’s in a statement responding to Adweek’s request for comment. “Our company was built on a foundation of mutual respect and acceptance. One of our core company values is People Are Priority Always (P.A.P.A.), and we are committed to maintaining a diverse, equitable and inclusive workplace for all of our corporate and franchise employees.”