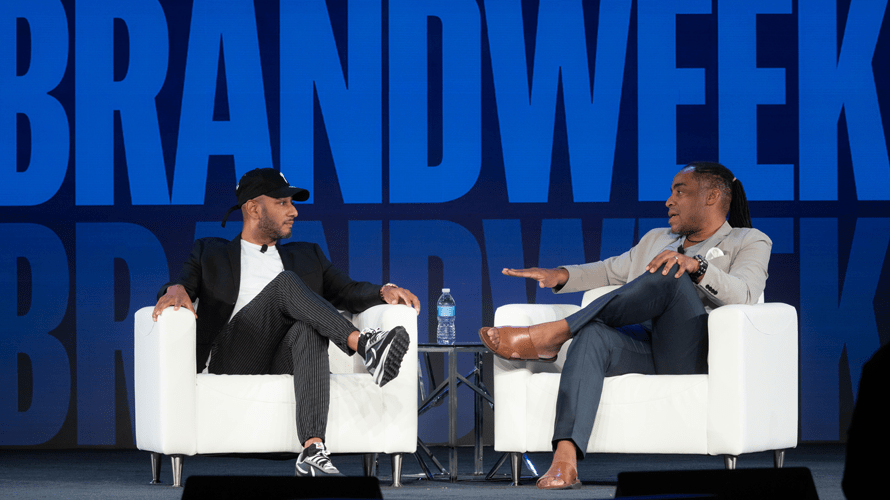 Swizz Beatz talks about how to stay authentic when working with brands. - Credit by Sean T. Smith for Adweek

Papa Johns Has a New CMO


Let’s take a walk down the Papa John’s memory lane.

OK, now that you’re all caught up on this wildly uneventful year at Papa John’s, there’s more news. Linhardt is out. As is Mike Nettles, the company’s chief operating and growth officer, and Joe Smith, who’s served as the company’s CFO for nearly two decades. Max Wetzel, who acted as the vp of consumer brands at PPG Industries, is the new CMO.

More CMO news: Dean Evans, who is a member of Adweek’s 2019 Brand Genius class, will take on an executive vice president role at Cars.com after leaving Hyundai last month.

The Latest From Brandweek


Brandweek closed down with a bevy of insightful talks featuring marketers from Citi, Sephora, Nascar, JetBlue and more. Head over to our Twitter account to read through some of the top quotes from the all-star lineup of speakers.

Here’s some of our latest stories to come out of Palm Springs:

Celebrating the Best Marketing Teams in the Business


Adweek introduced the Constellation Awards at Brandweek this year to honor the brilliant teams that executed some of the best ideas in marketing. Across 24 categories, brands like Mattel, AT&T and PepsiCo stood out. Microsoft and Xbox were the big winners of the night, winning three awards for its work promoting the Adaptive Controller, including a video that starred everyday kids with disabilities—won millions of fans and returned sizable results: 42,000 social posts, 1.1 billion impressions and an estimated $35 million in earned media value.

Read more: See all the winners from the first Constellation Awards.

If you love great creative, you may remember this beautiful spec ad for Johnnie Walker from a couple of German students. They later created a darkly humorous concept to play up Volvo’s safety features. Now, they’re back. This time in an official capacity working for Mercedes to create another beautiful ad.

Ad of the Day: With David Bowie’s Most Beloved Song in Germany, Nike Uplifts the Nation’s Rising Heroes