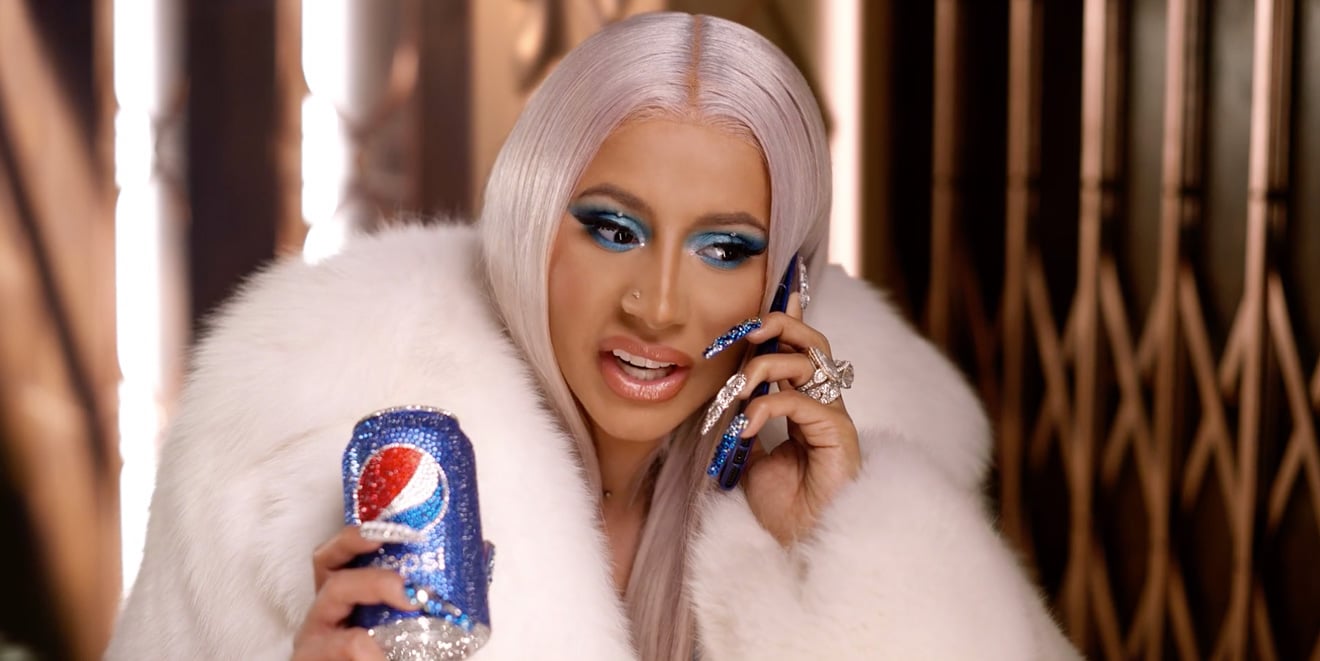 Cardi B is making it rain in Pepsi's new holiday ad. Pepsi

Pepsi’s new holiday marketing campaign encourages consumers to give the gift of cash, enlisting “Money” rapper Cardi B to spread the word.

The Bronx-raised rapper returns as Pepsi’s ad star for a digital ad released today, tied to the “Gift It Forward With Pepsi” campaign the soft drink brand launched earlier this month. The ad will also run as a 30-second TV spot during NBC’s broadcast of the Macy’s Thanksgiving Day Parade.

The 2-minute digital ad, which was created by VaynerMedia, PepsiCo’s digital agency of record, opens with an animated storybook depicting a snowy Christmas Eve in the Bronx neighborhood of Highbridge in 2002. Christmas Eve, however, doesn’t end the way Cardi wanted: Santa Claus drops off gifts for her sister but leaves without giving Cardi any presents, explaining that she was on the naughty list.

Cardi then vows to give gifts to everyone during the holiday, and the book flips to present day, when the rapper has taken on the role of Santa Claus. Cardi enters her festive “Twerk Shop,” where elves are turning packs of Pepsi into bundles of cash to the jingle of “Here Comes Cardi B,” a new version of “Here Comes Santa Claus.” The ad ends with Cardi taking off in her own “sleigh” over the city to deliver bags of cash to everyone, naughty or nice.

The 30-second TV spot will also have Cardi offering the advice of gifting cash for the holidays rather than guessing someone’s sweater size.

Gifting money for the holidays is often associated with being lazy or disinterested, but Pepsi leaned into the idea. Designed by creative agency Motive, the “Gift It Forward with Pepsi” promotion gives cash prizes to consumers and encourages them to give the money to someone else or donate it to Pepsi’s longstanding charitable partner, the United Way.

Consumers can enter to win cash by scanning QR codes on specially marked 12-packs of Pepsi through Dec. 31. That takes them to a digital scratch-off game, and if they match three Pepsi globe icons, they’ll win a cash prize ranging from $5 to $25,000.

“While the holidays have always been known as the season of giving, finding the right gift to give has always been an underlying stress for people. Our ‘Gift It Forward With Pepsi’ program is all about disrupting the typical ways that people go about holiday gift giving by enabling people to unapologetically give the gift of cash,” said Todd Kaplan, vice president of marketing for Pepsi. “So, whether you gift your winnings to a friend, a family member or someone else, Pepsi wants to make it easier for you to get into the gifting spirit this holiday season.”

Pepsi also leveraged its existing partnerships with the NFL and NHL to launch a branded “cash cam” at select games. The brand picks one person in the crowd and broadcasts them on the jumbotron, where they decide to either keep the cash for themselves or gift forward 10 times the amount of cash to another row in the stadium.

The campaign also includes a partnership with iHeartMedia and Elvis Duran and the Morning Show, in which Duran will receive prizes from artists and celebrities that he then gifts forward to listeners.