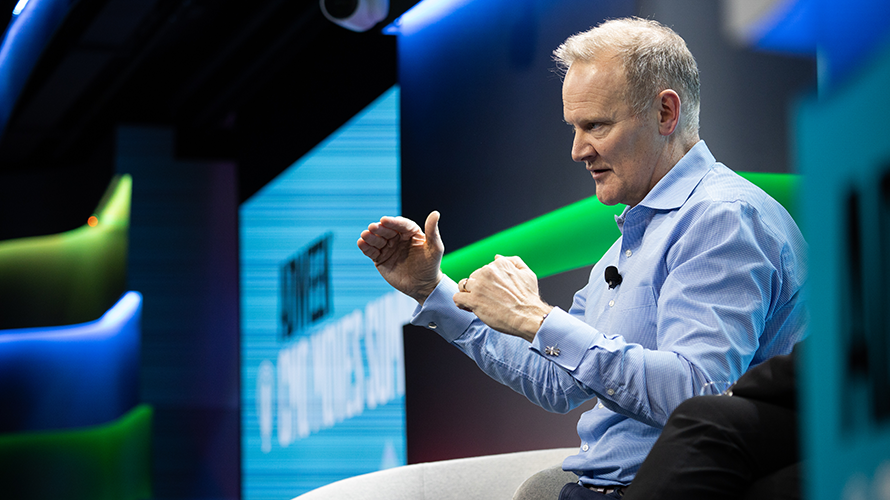 Simon Lowden is responsible for guiding one of the largest food and beverage brands in the world toward a more responsible, cleaner future. Sean T. Smith for Adweek

Simon Lowden doesn’t think marketers are doing enough about sustainability. And he would know.

In October, Lowden became PepsiCo’s chief sustainability officer, responsible for guiding one of the largest food and beverage brands in the world toward what it hopes will be a more responsible, cleaner future.

No easy task considering Pepsi is among the worst plastic polluters in the world, behind Coca-Cola and Nestle, according to a 2019 waste audit organized by the environmental group Break Free From Plastic. The results were based on a study of trash found in city streets, parks and beaches.

“That has an impact that we could really make a difference with, and we’re not doing it. And I put myself at the front end of not doing enough about it,” he said. “We serve a billion people a day. A company like Pepsi has a massive responsibility to, if not make a change, be a catalyst for change.”

Between Coca-Cola and PepsiCo, more than 300 billion plastic bottles are made a year. Only about 10% get recycled, according to Lowden, and plastic production is expected to quadruple by 2050.

Like others in the C-suite, particularly in Europe, Lowden sees the writing on the wall concerning regulatory pressure and shifting consumer concerns. In a survey of future marketing trends by consulting firm Deloitte, over 20% of consumers identified with brands based on a company’s environmental bona fides. More than 80% of consumers would be willing to pay more if a brand “raised its prices to be more environmentally and socially responsible.”

“Our mandate to operate is under question,” Lowden said. “We produce thousands of bottles of water a year. What gives us the right to draw water out of California, put it in a plastic bottle and transport it to the middle of the country where there’s an abundance of water? I would rather be at the front of that conversation than on the back end of that conversation.”

Lowden’s advice? Good, old-fashioned guilt. And there’s no one who can do that better than marketers.

“You need to make it personal for people,” he said. Do not underplay guilt. … People suddenly realize they can do something about it. There’s no better person or type of people to run these [sustainability] agendas than individuals and teams who understand intimacy, understand how to educate. … If a marketer isn’t talking about the stuff we’re talking about, they aren’t doing their job.”