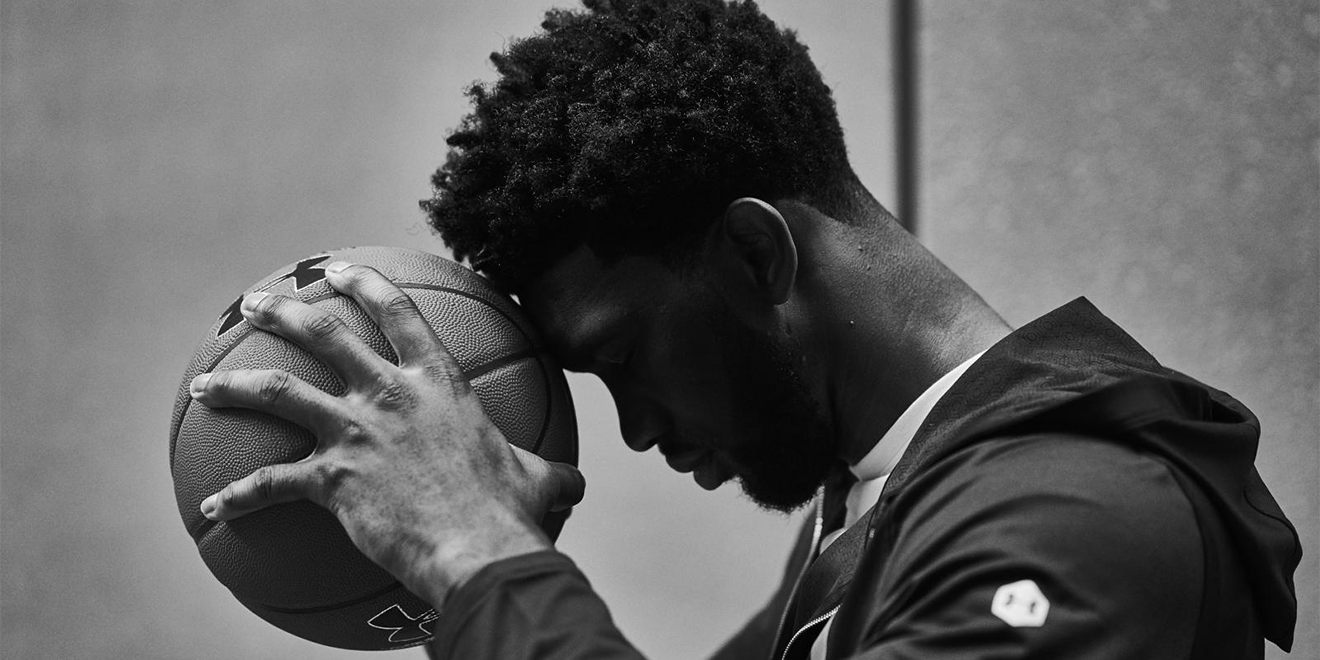 Under Armour just scored some major points with its latest endorsement.

The athletic brand announced on Wednesday evening that it has signed a five-year deal with Joel Embiid, the franchise center for the Philadelphia 76ers. According to ESPN, this deal will make Embiid the highest-paid player at his position in the NBA. Previously, the 7-foot-tall athlete worked with Adidas.

Under Armour and Embiid will work together on branded products, including shoes and other athletic wares, as well as charitable endeavors. These philanthropic projects while be centered in Philadelphia and Cameroon, Embiid’s home country.

“Basketball has given me everything, but it has to be bigger than basketball,” Embiid said in a post on Under Armour’s website announcing the new partnership. “That was the first thing that I said to Under Armour, and they were behind it 100 percent. This isn’t about a shoe deal. I mean, listen … I’m gonna make sure they design some shoes as pretty as I am. Don’t worry about that. We’re gonna take care of that. But this is bigger than that. I want to use this partnership to do something real.”

The 24-year-old athlete has seen the effects of sports charities in his own life in a big way: At 16, despite the fact that he had never played basketball before, he was invited to attend Luc Mbah a Moute’s basketball camp (at seven feet tall, he was noticed for his height). That camp served as a launching pad for the rest of his career. He was then invited to participate in the South Africa for Basketball Without Borders program, and within a few months, was recruited to attend high school in the U.S. After starring at Kansas University for a year, the 76ers drafted him third overall in 2014.

He’s only been in the NBA for four years—two of which he was sidelined with an injury—but Embiid, who was just named to Adweek’s Young Influentials, has already made a name for himself for his at-times unexpected moves, both on and off the court. “I want to do stuff that NBA players don’t get to do,” he told Adweek. “Walk on the street and play tennis and play ball and all that. It comes from being from Africa. I was raised to be respectful and be regular no matter what I have going on in my life.”

And for Embiid, brand endorsements can’t just be about the product. This message was particularly driven home to him after his younger brother, Arthur, died suddenly in a car crash just after Embiid was drafted in 2014. That moment, made him realize that “my life had to be about more than just basketball.” In particular, Embiid said that giving back to the places and communities that helped to shape him—Philadelphia and Cameroon—is of utter importance.

“It’s got to represent me,” Embiid said of what he looks for in a brand endorsement. “If it doesn’t represent me and I can’t be myself, that’s the stuff that I don’t want to do. It’s got to fit me. If I have to work with the brand and I don’t like the concept or the message being sent, I won’t be happy.”