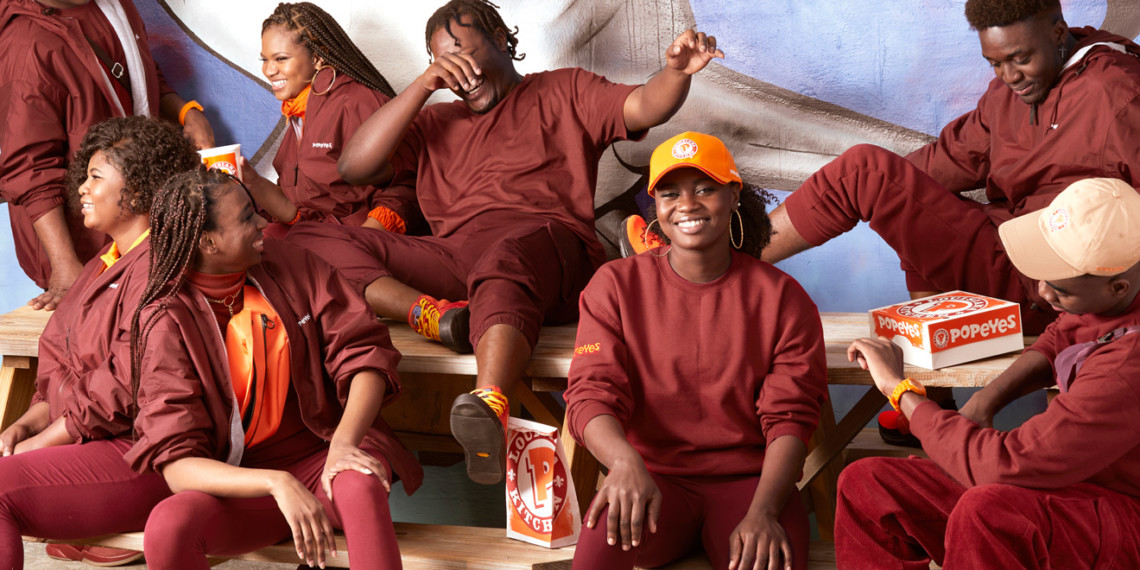 Gut recently created a clothing line for Popeyes that was inspired by Beyoncé's collection with Adidas. Popeyes

Popeyes is merging the drive-through and the runway with its own fashion line of stylish takes on employee uniforms, modeled after the latest collection from Beyoncé’s Ivy Park clothing brand.

The gag was inspired by jokes online noting the resemblance between the orange-and-maroon color scheme and casual minimalism of Ivy Park’s new activewear collaboration with Adidas to the attire worn by the chicken chain’s restaurant staff.

After the Ivy Park x Adidas line sold out within a few days of its debut earlier this month, Popeyes—which knows a thing or two about running out of high-demand items—got ready to take Queen Bey’s throne. The brand offered its own baggy workout shirts, half-zips and windbreakers, the perfect look for a hot yoga studio or a kitchen full of deep fryers.

“Warm and comforting. Like our buttermilk biscuits. Designed with slash pockets, elastic cuffs and drawcord hood for a sporty style,” the billing reads.

Popeyes’ apparel quickly sold out on its official website and items on secondhand market sites like Ebay are listed for between twice and three times the original price.

A Popeyes spokesperson said all of the models featured on the webpage were actual Popeyes workers and 100% of the money raised through the sales would go to the brand’s charitable arm, the Popeyes foundation. The chain hasn’t responded as to how many total items were sold or if it will produce more repeat items, but the line was intended as a limited run.

Check out the similarities between the Popeyes line and the pop star’s below: 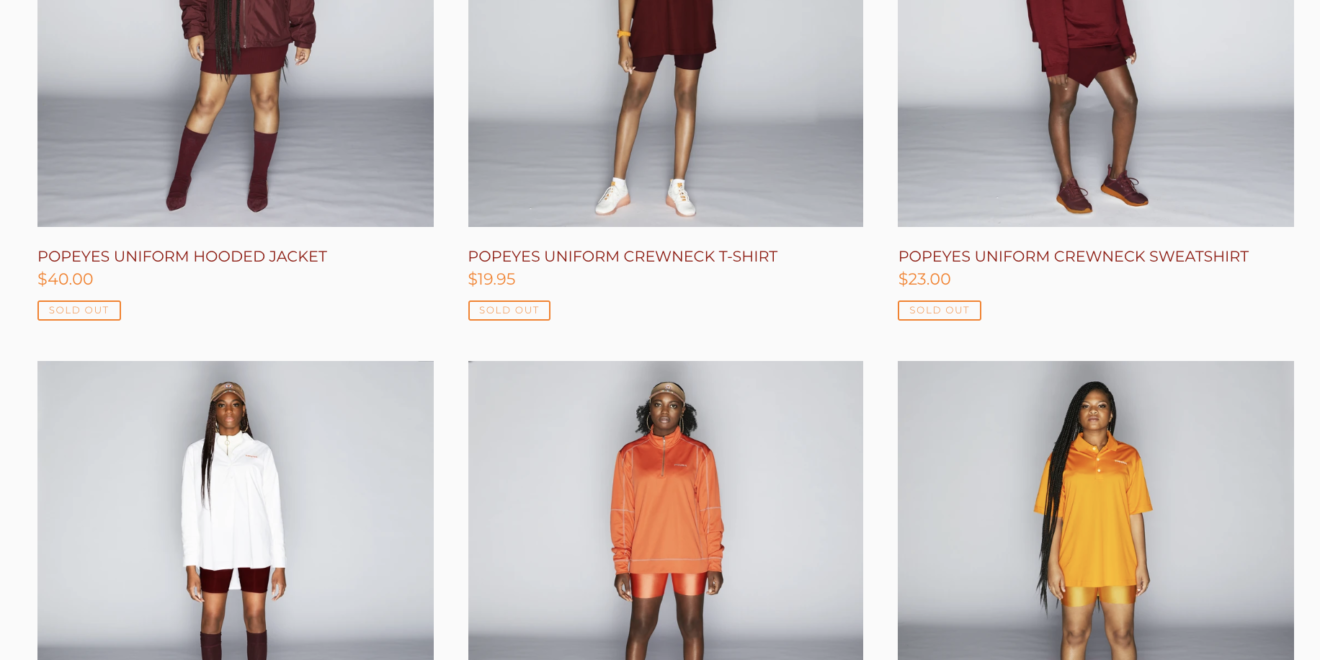 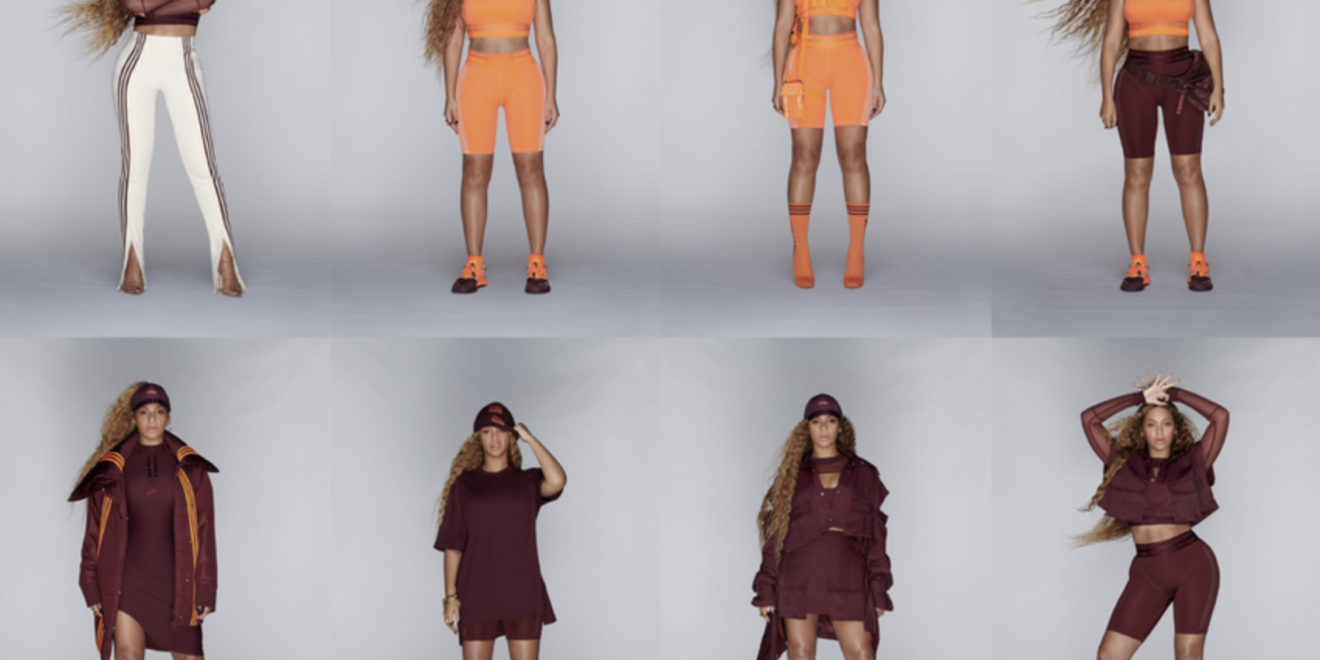 Popeyes isn’t the first consumer brand to dabble in the world of high fashion. Cheeto’s hosted a hot-ticket runway show during last year’s Fashion Week in New York, and KFC offered a limited run of apparel in 2017.

As for Beyoncé’s own feelings about Popeyes, the singer hasn’t commented on its latest stunt, but she is famously a big fan. Billboard resurfaced a 2003 clip in which she told Oprah in 2003 that the restaurant honored her with a rare card for a lifetime supply of free chicken.

“I really love Popeyes,” the superstar said at the time. “At one point everywhere I went people would buy me Popeyes.”