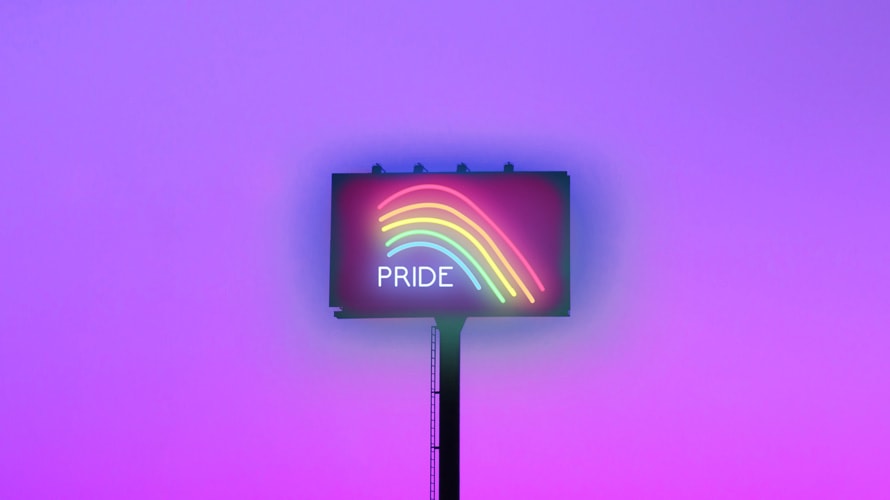 It helps hammer home the point to have a strong visual. - Credit by Getty Images

In the world of branding, the dream of any company is to create something so visually distinct and impactful that it is instantly globally recognized. Pride, although not a company, has unintentionally achieved this to huge success. The rainbow flag is ubiquitous with Pride and the LGBTQ rights movement. It has become an icon through its simplicity. The instantly distinct visual representation of full inclusion couple with peace and harmony is something that should not be changed.

It also lends itself so well to reinterpretation. This Pride Month, you only need to look at the multitude of products, events, street art and advertising that have used the rainbow flag in a plethora of formats that are all distinctly pride products to show this. From LGBTQ sandwiches in the U.K. to whole collections by brands like Converse and Ralph Lauren, the Pride emblem has taken over. And although there are many critics of brands monetizing the LGBTQ community, I for one relish this high level of visibility.

But as Pride continues to grow, it needs to be managed and treated more like a brand. Because when the visuals are so strong, the brand messaging needs to match.

In an era when we are seeing an increase in LGBTQ hate crimes and initiatives like “straight pride” emerging, we now need to reevaluate the messaging behind Pride to analyze what is being misunderstood and what else can be done to better showcase Pride’s purpose.

I believe there are two areas of particular that need to be advanced in terms of Pride’s key messaging.

When the visuals are so strong, the brand messaging needs to match.
The first is the term “Pride” itself. This isn’t a term used to simply say, “We are proud of being LGBTQ.” It is this misunderstanding that can lead to prejudice from those who don’t understand the nuances behind the phrase. The wider population needs to be shown that, much more importantly, it is a sense of pride: a pride of not being scared to be ourselves, a pride in standing up for equality, a huge amount of pride and respect for those who fought and died for our rights over the years and being proud that we are getting ever-closer to a point where full equality could be achieved.

This brings me to my second point: education. It’s easy to come up with a creative execution for a brand that wants to be involved with Pride, but it’s much harder to thread education into that narrative, which is why many brands fall down at that.

Volvo’s 2018 “Drive With Pride” is a good example of threading education into a Pride initiative. Their campaign was simple, visual and effective, showcasing the plethora of families the world is now made of. Without using any complex visuals or text, they built provocative conversation starters that would be food for thought for many people. Similarly, last year’s partnership between Amazon and Stonewall and the creation of an LGBTQ skill meant that every household with an Alexa have a font of knowledge for anything they may not understand or want to query about our community and culture. Compare this to Listerine’s “Care With Pride” range, which, despite donating proceeds to LGBTQ charities, did nothing to further the conversation or education on queer issues.

There are now so many case studies of good and bad pride campaigns that Pride itself can easily analyze what works and what misses the mark.

I’m not saying that Pride needs to turn into a lecture, but education and advocacy need to remain a fundamental element to this. A provocative campaign dedicated to exploring this terminology could really help elevate the general consensus on the meaning of Pride.

It is not to say that the teams behind Pride events around the world aren’t doing this already, but perception is crucial. As attention spans of the general population continue to decrease, what those who aren’t a part of the community will take away from anything they may see about Pride will be solely superficial and taken at face value. Each event thrown and campaign launched needs to force people to absorb information in nine seconds or less.

The color and frivolity of Pride is a fantastic thing that we should never lose. However, with the fantastic amount of financial support that many Pride events are now receiving, there are so many ways in which this could be better showcased to those who are not a part of the LGBTQ community to ensure Pride remains educational at heart.