Pringles Will Make Its First National Appearance in the Super Bowl

'Flavor Stacking' campaign will kick off during the Big Game 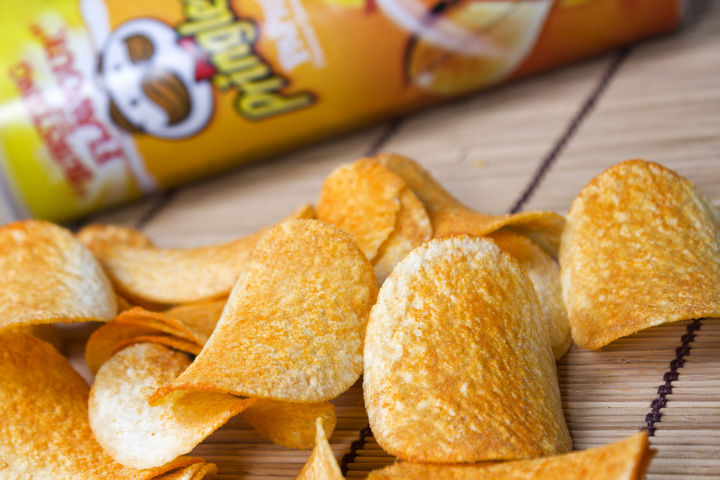 For the first time, Pringles will be making a national appearance in the Super Bowl LII on Feb. 4, with the debut of a new campaign—”Flavor Stacking.” According to the Kellogg’s snack food company, the 30-second spot, dropping in the first half of the Big Game, will “introduce Americans to an entirely new way to enjoy their Pringles.”

The campaign, created by Grey Group, will run throughout 2018.

“Flavor Stacking” itself teaches the Big Game’s fans how to combine different flavors of their favorite chips (Cheddar Cheese plus Sour Cream & Onion, perhaps?), according to Pringles.

“The Pringles Super Bowl advertisement is an opportunity to show people a fun, new way to enjoy their favorite Pringles flavors with their family and friends,” said Yuvraj Arora, Kellogg’s U.S. Snacks’ senior vice president of marketing. “Whether there are four people at home or 30 people at your party, this idea’s ‘Now, why didn’t I think of that?’ spirit brings a whole new way to snack during the Big Game this year.”

The company said in an announcement that the Super Bowl weekend is historically a strong one for Pringles sales, with them “well above normal levels.”

Grey Group creative director Brian Platt added in the statement that the campaign is “hilarious.” A teaser has not yet been released so we will have to wait and see if that proves true.

The TV spot will be supported by an integrated marketing campaign including digital and social media.