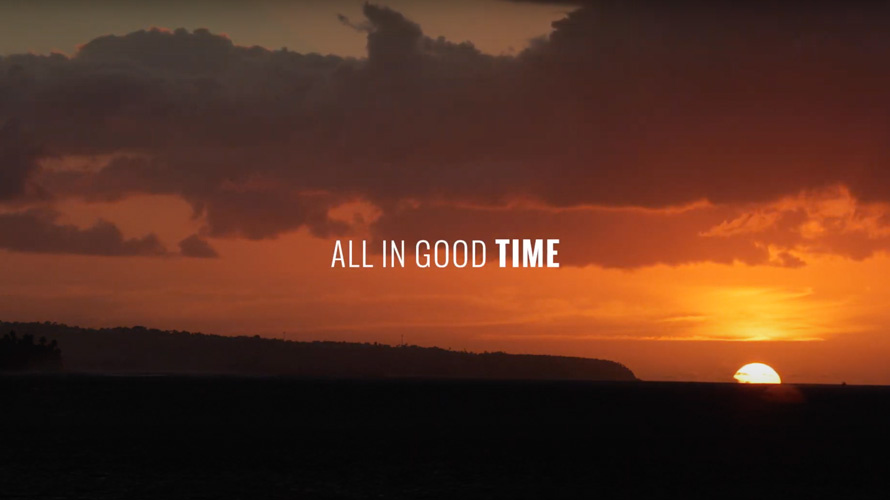 The roll of a rising surf; a waterfall crashing on wet stone; a symphony of tropical bird calls.

What was once the soundtrack to a tropical vacation is now a welcome relief in your social media feeds to the sounds inside the four walls you’re all too familiar with as the national shutdown carries on.

In a new digital campaign titled “All in Good Time,” Puerto Rico’s destination marketing organization, Discover Puerto Rico, is reminding travelers of the world beyond their homes and to be patient because, “Soon enough, it’ll be time for paradise.”

“It’s not about convincing people to do something today—it’s about providing them with an outlet,” said Leah Chandler, Discover Puerto Rico’s chief marketing officer. “We’re here in this with you, we’re all going through the same thing.”

The campaign, created by Discover Puerto Rico’s in-house creative agency, was created using existing assets and will run on its social channels. Chandler said the agency had paused its traditional media buys when the pandemic began.

Tourism accounts for roughly 6.5% of the island’s GDP, with tourists spending at least $5.5 billion and supporting over 63,000 jobs, according to Discover Puerto Rico. With travel all but frozen because of Covid-19, the U.S. Travel Association expects the travel sector to see a $400 billion decline.

The campaign is expected to run until travel restrictions begin to loosen, when messaging will shift from “All in Good Time” to “It’s Time for Puerto Rico.” Chandler said that shift will also see the agency “crank up” its paid media plan.

Soon enough, you’ll be able to feel the #warm #Caribbean sun on your skin once again. It won’t be long until you start creating #newmemories – all in good time.✨ #DiscoverPuertoRico #AllinGoodTime https://t.co/XUm9pY6BIu pic.twitter.com/ZjpO58i45M

The zen-like spots are similar to the dreamy “We Will Travel Again” digital campaign released by Marriott at the end of March. In times of crisis, travel brands aim to convey a cool, calm and collected image to consumers.
“We have to be very agile in Puerto Rico,” Chandler said. In January, while the brand was ramping up a rebranding campaign for the country’s tourism high season, a 6.4-magnitude earthquake hit, effectively shelving the campaign and replacing it with educational messaging about the island’s tourism sectors still welcoming guests. Presumably, that informative messaging will have to continue to reassure cautious travelers when the threat of Covid-19 fades.

“We know how to position ourselves for a comeback, and we know there’s going to be a moment when the world is ready to travel again,” Chandler said. “When the time is right, we want you to choose Puerto Rico.”