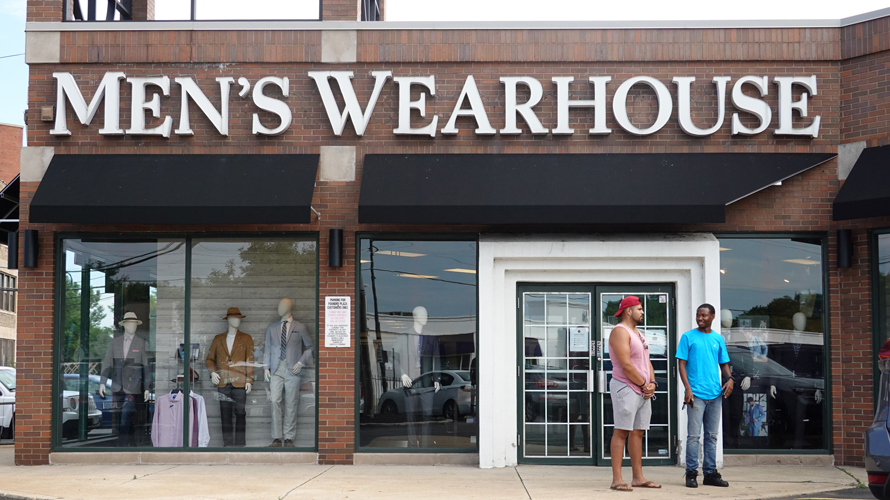 Men's Wearhouse acquired Jos. A. Bank in 2014 for $1.8 billion, which saddled the company with debt. - Credit by Getty Images

Tailored Brands is just one of several retailers to succumb to Covid-19, but as is the case for many of those that have filed for Chapter 11, the retailer’s struggles date back far before the pandemic began.

In court filings, the apparel retailer acknowledged the “casualization” of dress in the workplace and in special occasion attire as part of its decline. During the pandemic, the need for officewear became virtually nonexistent as people opted for athleisure while working from home.

The other primary factor was when its flagship banner Men’s Wearhouse acquired direct competitor Jos. A. Bank Clothiers, which had a reputation for being heavily promotional. So much so, in fact, that it was skewered in a Saturday Night Live skit back in 2014.

“From a cultural perspective, the merger of Jos. A. Bank and Men’s Wearhouse was a difficult undertaking from the start,” said Allan Ellinger, co-founder and senior managing partner of investment bank MMG Advisors. “In this case, it comes down to the difference in their marketing [and] merchandising culture rather than their operating culture.”

A Tailored Brands spokesperson declined to comment on behalf of the parent company or any owned properties.

Cultural compatibility is the first issue companies contemplating a merger should assess, he continued. If that’s lacking, then the parties involved shouldn’t take the next step. Deals succeed or fail depending on whether the cultures blend.

“You have to wean the customer off of that into a new merchandising [and] price point paradigm without losing the customer base,” he said.

At $65 per share, the 2014 purchase of Jos. A. Bank cost Men’s Wearhouse about $1.8 billion, saddling the company that would come to be known as Tailored Brands with a pile of debt. The retail group, which is also the parent of Moores Clothing and K&G Fashion Superstore, had about $1.4 billion in long-term debt when it filed for Chapter 11 largely due to that deal.

To justify the price, the combined company said it would realize $100 million to $150 million in cost-saving synergies on an annual basis. But merging two companies both in need of transformation based on trends in fashion and ecommerce would prove to be a drain on resources.

“It’s great to bring in synergy. That helps you pay back purchase price faster,” Ellinger said. A merger, however, should boost organic growth. “There also has to be a top-line strategy that enhances the combined businesses so the business can succeed.”

Tailored Brands also struggled in recent years to formulate a marketing message or create an image that resonated with consumers. That perhaps was heightened due to the 2013 departure of Men’s Wearhouse founder and executive chairman George Zimmer due to a dispute over the company’s direction. Zimmer not only founded the company but was also its spokesperson, famous for uttering the tagline: “You’re going to like the way you look—I guarantee it” in his signature gravelly voice.

A restructuring under bankruptcy protection will be key to the company’s turnaround.

“While [Tailored Brands] started implementing its reorganization plan prior to filing, including selling nonessential assets and closing stores, it needed the protections and relief granted by the bankruptcy laws to complete its reorganization plan,” said Joseph Acosta, a partner at law firm Dorsey and Whitney.

One of the two major components of that plan is reducing the company’s debt by $630 million after reaching a deal with a majority of lenders. In addition, it’s engaging in a number of cost-saving measures, such as eliminating 20% of its corporate workforce, streamlining its supply chain and shuttering up to 500 of its 1,274 stores in the U.S. and 125 Canadian locations over an unspecified period of time.