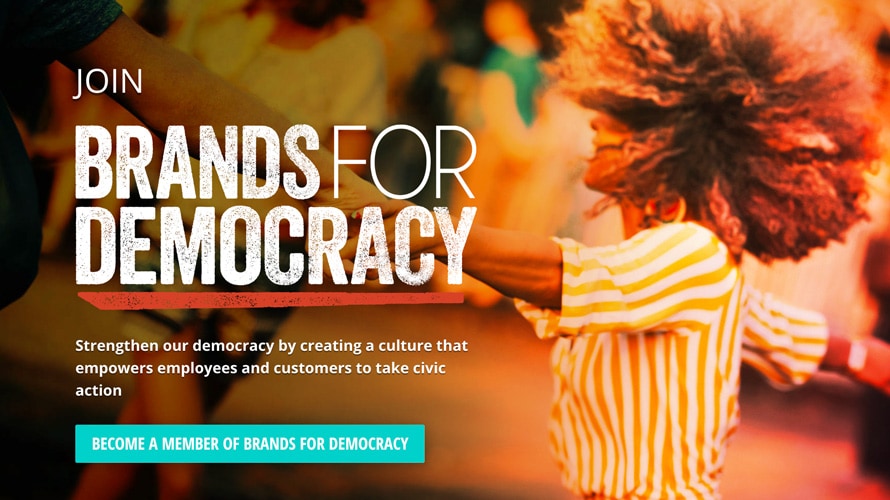 Rock the Vote, the nonpartisan nonprofit effort to energize young people to register to vote (and then actually go out and vote) is expanding its mandate to workplaces with a new cause called Brands for Democracy.

The initiative launches on Nov. 5, almost exactly one year from when the next president of the United States will be decided in 2020 and is intended to encourage companies to promote voter registration and education.

More than a half dozen brands, including Comedy Central, DoorDash, Gap Inc. and HBO—which launched a powerful spot starring its biggest names ahead of Voter Registration Day last year—have signed on. Some, including Gap, have already made tangible moves to encourage civic engagement among their employees like giving them time off to vote, an idea that has gained national momentum.

“Brands for Democracy calls on companies to do more and provides them with access to trusted and vetted tools, resources, information and guidance to help them navigate and responsibly implement civic engagement efforts to ensure their employees and customers have everything they need to cast a ballot,” said Rock the Vote president and executive director Carolyn DeWitt in a statement.

Brands that sign on to the effort will be able to access tools that Rock the Vote has built in its more than 25 years of existence, including educational materials, its online voter registration platform, registration lookup tool and voter reminder widgets.

In turn, Rock the Vote will share metrics on voter registration and turnout impact among voters that each of the brands mobilize. A new website to document the program went live today at brandsfordemocracy.org.

“DoorDash’s mission is to grow and empower local communities, and an essential part of a thriving community is ensuring every voice is heard,” said Kofi Amoo-Gottfried, DoorDash’s vice president of marketing, in a statement.

In 2016, corporate partners played a notable part in driving voter registration, which accounted for 20% of all applications—almost 340,000—on Rock the Vote’s online platform.

“Rock the Vote’s Brands for Democracy gives us the tools to actively encourage and implement voter registration, civic education and mobilization throughout our company,” said Pam Hacker, director of corporate social responsibility at HBO, in a statement.