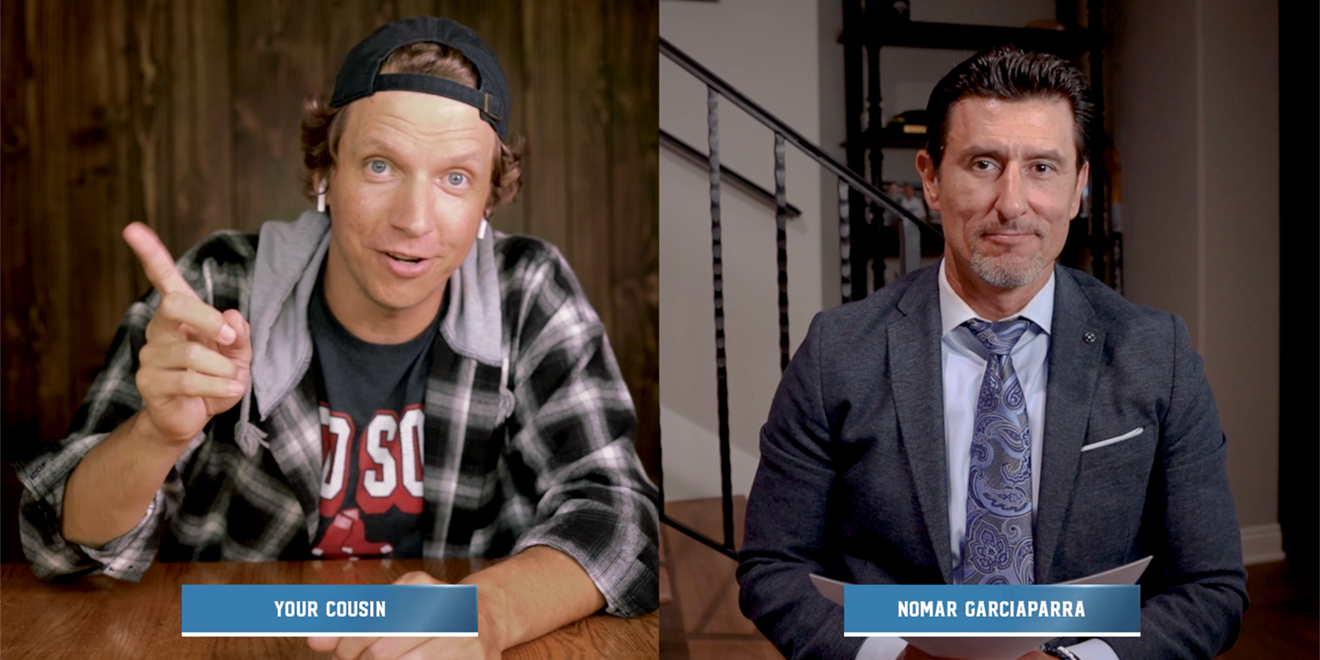 Your Cousin From Boston and the Red Sox's Nomar Garciaparra kick off the baseball season for Sam Adams. - Credit by Boston Beer Company

At the end of 2019, Goodby Silverstein & Partners snapped up a couple of pieces of Boston Beer Company’s business: Truly Hard Seltzer and Samuel Adams beer. Out of the brand’s portfolio, the latter is likely the one that connects most deeply with Boston’s history and roots.

For years, a good portion of the beer’s advertising was fronted by co-founder Jim Koch, who often talked about the brewing process and the product’s quality. Earlier this year, GSP put some levity in the advertising, introducing a hilarious character, Your Cousin From Boston. Played pitch-perfect by actor Greg Hoyt, the newer work leans heavily on the area’s unique and aggressive sense of humor and, of course, the accent.

“The Cousin character is meant to have some lighthearted fun with the city known for its unapologetic pride, legendary sports dynasties, strong accents, short tempers and love for its hometown brew, Sam Adams,” said Lesya Lysyj, Samuel Adams CMO.

In a new spot kicking off the shortened Major League Baseball season, the character is paired with Boston Red Sox legend Nomar Garciaparra (with a nickname, “Nomah,” tailor-made for the city).

The duo goes back and forth about the new rule changes for the MLB season, specifically the things players can’t do. No more spitting. No more high-fives. But, wait, “no more” sounds like “Nomah,” so Hoyt plays with the similarity of the wording.

The spot, produced in-house with remote filming, was directed by GSP co-founder Jeff Goodby, a native New Englander. It’s perhaps surprising and a bit of a rarity that Goodby takes over the director’s chair, but he said this was “my kind of project, for sure. It’s something that was really liberating to me.”

Goodby noted that, like many creative productions today, doing it away from a set is necessary, crediting his team for ensuring that Hoyt and Garciaparra’s experience with setting up high-quality equipment was seamless. The scrappy nature of the shoot reminded Goodby of his earlier days with GSP co-founder Rich Silverstein and, specifically, the Cannes Lions-winning Mill Valley Film Festival ad.

“We produced it ourselves, and we put real people in it,” recalled Goodby. “It wasn’t common to do that. We couldn’t even afford a plane ticket to take the film to Los Angeles to someone who said they would edit it for free. This had the same feeling.”

The new ad, airing regionally on NESN in New England, follows up other spots with the new character, one of which plays on the current necessity of connecting via group chat. Like the Red Sox ad, it is filled with quick, comedic Easter eggs and considered touches like jokes about dial-up internet and the fact that Hoyt’s cousin obviously borrowed a computer from the local library.

Another spot from May, shot before the pandemic, takes place at a wedding and has all of the hilarious trappings ranging from awkward speeches to inappropriate anecdotes at a reception table.
It’s early in the character’s tenure for the brand, but Hoyt, a Boston native, seems primed for an amusing and successful run. According to Lysyj, the brand has reinforced its position as the No. 1 craft/domestic specialty brand family in New England, showing growth through Covid-19. The core brands, Boston Lager and its seasonal portfolio are up 16% and 14%, respectively. Additionally, 46% of buyers are new to the brand, up 7% prepandemic.

Critically, though, the creative and the Cousin character stand to break through and establish a new marketing era for Sam Adams.