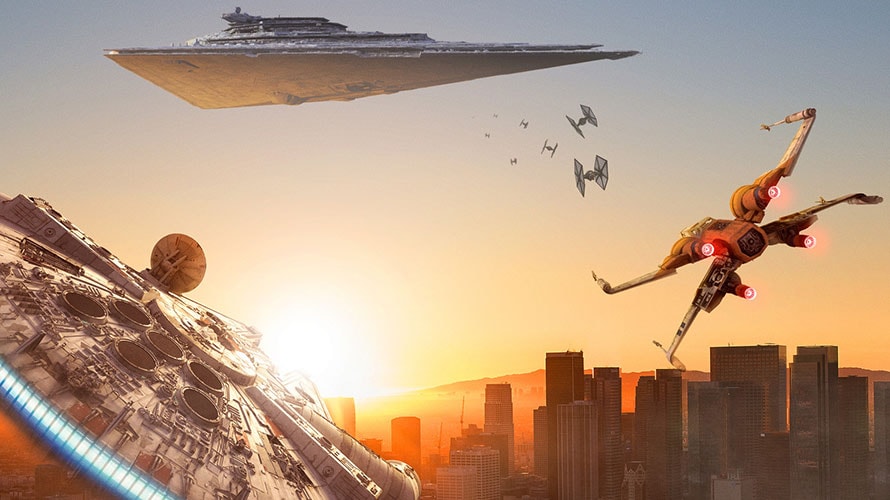 The Millennium Falcon will be hovering above seven U.S. cities starting tonight following the Star Wars: The Rise of Skywalker premiere in Los Angeles. Six more starships will join the Falcon over the next week. But there’s a catch, of course: They’re only visible with a Samsung device and members’ app.

“We wanted to celebrate our Galaxy owners this holiday season and bring them an experience that capitalizes on this cultural moment by taking their favorite starships from the film and bringing them to skies, where they belong,” Rodrigo Burdman, creative director at R/GA, which created the campaign, said in a statement.

The experience is part of a Star Wars-themed holiday campaign from Samsung and Lucasfilms called “Connect Your Galaxy,” which launched in November. The 60-second spot features a Chewie dog and a Kylo Ren cat.

Samsung and R/GA worked with Lucasfilm and several tech and digital marketing companies to create the exclusive, limited-edition starship AR experience “Invasion With Galaxy” for Samsung users. Users can update to the latest version of Samsung’s app to get the Star Wars experience. 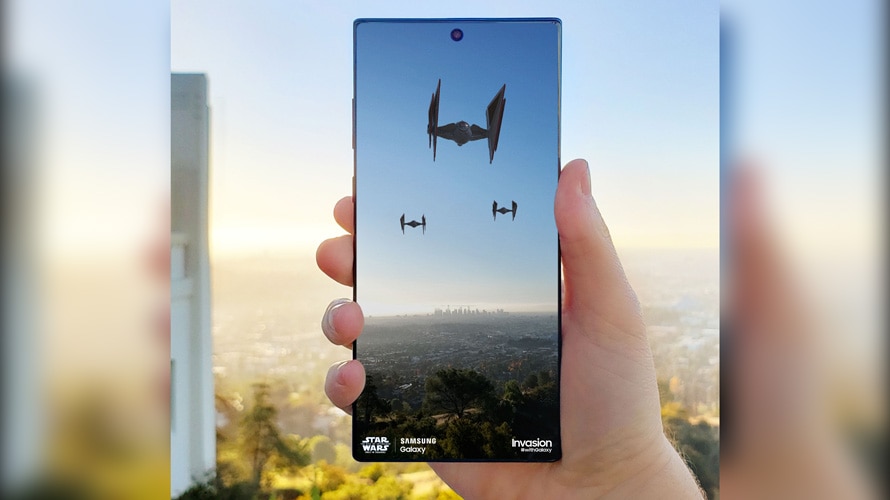 The AR experience launches today in seven cities and nationwide on Dec. 23.
Samsung
A new ship will appear each day until Dec. 23 in Los Angeles, New York, Houston, Dallas, Chicago, Washington, D.C., or San Francisco. After that, the experience will roll out nationally, and starships will be visible through the Samsung members app for all users in the United States and Puerto Rico through Jan. 2.