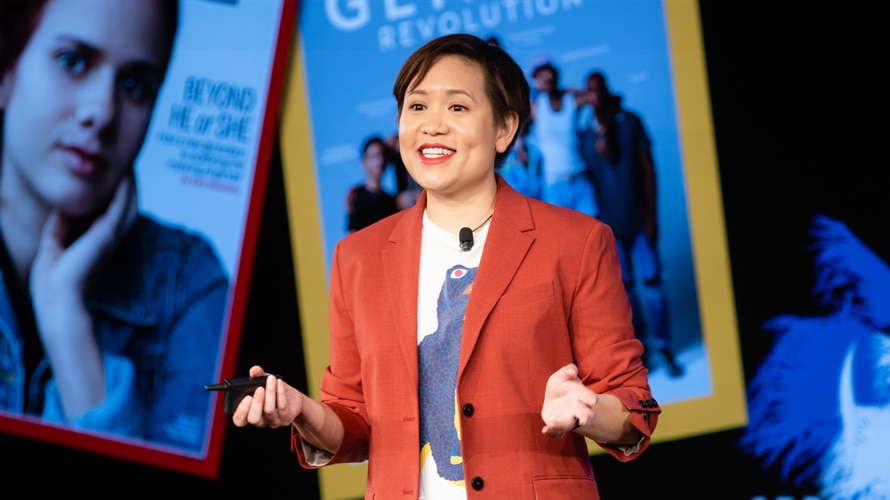 PALM SPRINGS, Calif.—Before Sephora opened its doors in the U.S. in 1998, prestige beauty products were nearly always found tucked behind a glass counter at a department store, with a physical barrier between consumers and the products they wanted to try.

Deborah Yeh, CMO of Sephora, said the beauty retailer’s open-sell method is reflective of the main value it still tries to emulate: inclusivity, opening up the world of beauty to all rather than a select few. On stage at Adweek’s annual Brandweek summit, Yeh said inclusivity has become an even greater part of Sephora’s business model.

However, the beauty retailer has had a few bumps on the road to true inclusion, most notably this past April when R&B artist SZA tweeted that an employee at a Sephora store called security on her after suspecting her of shoplifting.

Lmao Sandy Sephora location 614 Calabasas called security to make sure I wasn’t stealing . We had a long talk. U have a blessed day Sandy

Yeh said that it was a real moment of introspection for the brand.

“We were honestly not prepared for this,” she said. “So we took a step back. First of all, we apologized. We never want anyone, regardless of their level of fame, to feel uncomfortable shopping in a Sephora store. And then we dug in.”

Yeh said the company held a listening tour, talking to customers of color about their experiences shopping and what biases they’ve faced. She said the general consensus was that while they hadn’t experienced this treatment at a Sephora, they weren’t surprised—and that this sort of incident happens all the time in retail. Those responses led Sephora to evaluate where changes needed to be made. The company also closed all its stores for an employee diversity training back in June, a move a spokesperson for the brand said had already been in the works before the incident with SZA.

Editor: Josh Rios
“It would be one thing to charge blindly off a cliff, but it’s going to be so much better if we can understand what is the problem we’re trying to solve?” Yeh told Adweek after her presentation. “What is the felt need? Where are we falling short of that? And then you think a little bit about how do we not just improve ourselves, but also maybe bring some others along with us?”

Changes have come swiftly since then: Sephora is educating staff on 10 key points regarding issues like diversity and customer safety. Customer experiences are being tweaked and redesigned to better suit all clients, including technological innovations for matching foundations to skin color.

Coincidentally, the company had already planned to address the prospect of having more learning to do in the latest edition of its “We Belong to Something Beautiful” campaign, which had already been in the works, challenging people to “talk about color face-to-face, up close.”

This winter, Sephora is set to commission a study on bias and diversity in retail, with a goal to “really measure the problem and to start identifying tactics that can really make a difference.” It will start with a literature review, followed by a national study and then creating Sephora-related interventions to tackle bias and issues of diversity in its own business.

Yeh added that Sephora is inviting other retailers to participate in the study, so Sephora can share its findings and help improve issues of bias industry-wide.

For now, Sephora is putting diversity at the forefront of its marketing efforts. Yeh said that exhibiting diversity in its messaging is a major priority for the brand, with a recent campaign spotlighting LGBTQ+ people (both in front of the camera and on the production side), which was one of the biggest media investments the brand has made during Yeh’s 7-year tenure.

“It wasn’t a quick in-and-out Pride campaign,” Yeh said. “We felt like this was a really important for us to tell through the sight, sound and motion of television.”

That campaign was also a catalyst for tackling LGBTQ+ inclusion in stores. “We began a process of training all of our stores on the importance of diversity and inclusion in our values and, frankly, our policies,” she said. “We did tactical training about how to address people with their correct pronouns. We talked about the existence of implicit bias. And we also really wanted to underscore the importance of creating an inclusive and welcoming environment.”

Connecting with—and appealing to—all possible customers means that volume is imperative in marketing. In particular, Yeh said Sephora is “doubling down” on creating content that is “especially meaningful to our clients of color.”

“We are a content-publishing machine,” Yeh said. “We publish a how-to video pretty much every day. And so this allows us to build an incredibly robust library that addresses a wide range of beauty needs and concerns. We do not need to do one-size-fits-all marketing; we honestly don’t believe in it.”