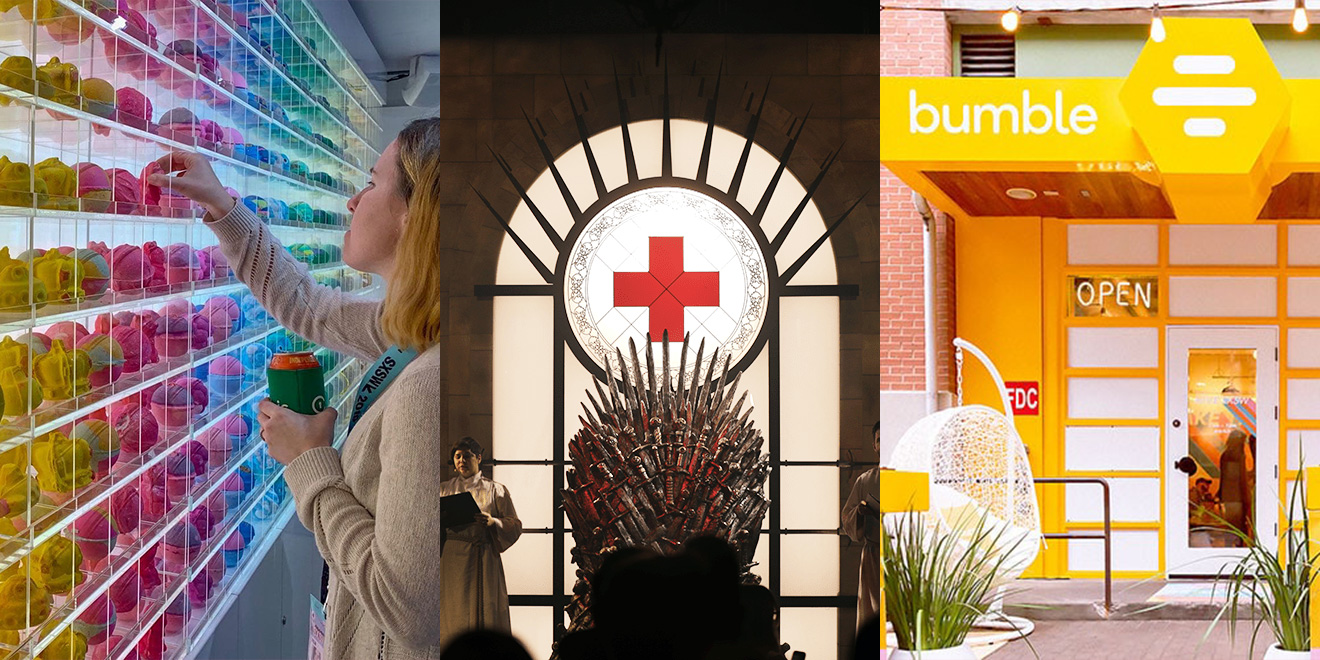 Lush, HBO and Bumble had all planned to return to SXSW with activations this year. Dianna McDougall for Adweek, Laura Delacruz

For the first time in South by Southwest’s 34-year history, its host city of Austin, Texas canceled the cultural festival as the coronavirus—the pathogen that causes the illness COVID-19—threatens to become a pandemic.

The festival, which was slated for March 13-22, provides an outlet for brands to reveal some of their buzziest experiences of the year. Recent editions have been home to notable activations from HBO, Instagram-worthy stunts from Hulu and Amazon Prime Video, and creative activations for up-and-coming brands such as phone carrier Visible to introduce themselves on a global stage. The event also has a massive impact on Austin’s economy: 2019 generated a record $355.9 million in revenue and drew more than 400,000 attendees.

Mainstay brands like Twitter, Facebook, Mashable and Lush all dropped out before the cancellation because of COVID-19 concerns, while brands that held out, including Bumble, Vox Media and Dell, were forced to scrap plans once city officials put the kibosh on the festival late last Friday. The decision to cancel spells financial loss for brands that put a massive amount of time, effort and money into their SXSW projects.

But some brands and their agency partners aren’t planning to remain stagnant. Although most participating brands haven’t released plans for SXSW alternatives, agency partners said the focus is moving to finding new, safer ways to reach consumers, while still maintaining the themes and narratives they had planned for their SXSW activations.

How much are brands out on activations?

SXSW chief executive Roland Swenson told The Wall Street Journal on Sunday the festival didn’t have insurance that covered cancellation because of widespread disease. Sponsors and attendees also won’t receive full refunds; instead, they’ll receive credits for a potential future event. The financial loss on the brand side, however, really depends on the type of engagement they had planned.

Brian Salzman, CEO of brand and influencer marketing agency RQ—which was involved with producing experiences for HBO and LG—said the cost of a SXSW activation usually depends on the size, content, and whether it’s a festival partnership or festival-adjacent event.

“Experiences at SXSW can range in cost from $10,000 for a guerilla-style street team, to easily several millions of dollars for multiday activations,” Salzman said. “If you are an official partner you also have to add in the SXSW partnership fee, which comes with its benefits. Line items such as staffing, hotels and Airbnbs, custom technology and shipping add up really quickly. Likewise, cancel or kill fees this late in the game are high. Usually, a brand can recoup 25%, but costs incurred such as design, fabrication, shipping and travel have already been spent.”

Chiara Adin, co-founder and chief creative officer of experiential marketing agency N/A Collective, which was set to produce this year’s #TwitterHouse, said marketers should now focus on the coronavirus’ effect on brand experiences not as a catastrophe in terms of lost revenue, but as an opportunity for a marketing shift.

“From an experiential standpoint, it will be hard for any brand to get dollars back. But [the key is] to not get negative and not think all the money you spent was a waste,” Adin said. “It’s about figuring out ways to still utilize whatever creative content and fabrication you’ve already done and how you can leverage that for something else. Brands could use them for Austin City Limits [in October] or ship them to a different market. It depends on the brand’s objectives.”

Made In, an Austin-based DTC cookware startup, was slated to host The Paella Project, a SXSW-adjacent culinary event at Mexican restaurant Suerte. The one-day event would have included paella making, live music and food collaborations from chef Fermin Nunez of Suerte and chef Mei Lin of Los Angeles-based restaurant Nightshade.

The brand had nailed down the day-of details with local partners, including event and rental companies, beverage sponsors and a musician, before scrapping the event once the festival was canceled. They had planned to announce the event to the public this past weekend.

According to Made In co-founder Jake Kalick, the event partners are keeping a portion of their deposits and, instead of refunds, the partners are giving the brand “credits” to be used in the future, as Made In remains committed to rescheduling the event in Austin at a later date. This means event partners are willing to let the brand put a hold on purchase orders until it becomes clearer as to when the event can be held.

“From our perspective, we see the brand holding The Paella Project with the same partners and having the same program rundown that we had planned for SXSW,” Kalick said. “We’re hoping it’s in the next one to three months. In a perfect world, when there’s a more certain date, we’ll have everything planned out, move forward as planned, and throw a really great party.”

Kalick declined to share how much the brand spent on the experience, but said that it would have been its largest standalone event to date, following activations at SXSW in 2018 and 2019.

What did major brands have planned?

HBO has been a mainstay at SXSW for the past few years, working with agencies like Giant Spoon to create some of the festival’s buzziest activations. In 2018, the network took attendees to a replica of the Westworld theme park, and in 2019 guests donated blood to the American Red Cross at a massive Game of Thrones experience.

The network, which dropped out a day before the festival was canceled, hadn’t revealed specific plans for its 2020 experience and didn’t respond to requests about what was planned, or whether it will hold a similar alternative in the future. For CES in January, the brand and Giant Spoon mysteriously promoted the upcoming third season of Westworld with two immersive dinners that used guests’ personal data to craft event scripts. The new season of Westworld premieres March 15, during what would’ve been the festival’s first weekend, but it’s unclear whether HBO had planned a second experience revolving around the sci-fi show for SXSW.

Lush, which brought an AI-powered activation to SXSW last year, was set to host an event called “UnBuild That Wall,” an extension of a new campaign the cosmetics company debuted in early March that calls out the U.S. immigration system. The brand was going to erect a wall of soap (replicating a border wall) that attendees could gradually take down over three days by purchasing the bars of Mi Casa Es Tu Casa soap. Proceeds would go toward nonprofit organizations working for permanent immigration solutions, including United We Dream, Community Change and Mijente.

“We were obviously really disappointed to have to cancel our activation at SXSW this year. We just launched a major nationwide campaign calling for migrant rights and had big plans to bring an experience that would encourage festival goers, in one of the biggest border states in the U.S., to consider the injustices happening to migrants and take action,” said a Lush spokesperson in a statement. “But safety comes above all else, and we wouldn’t have felt comfortable going ahead knowing that there was a potential risk to public health.”

A spokesperson for Lush said the wall build was already complete, and the brand still plans to activate the same concept once public risk subsides. The SXSW fallout hasn’t affected the rest of Lush’s campaign, which included marking all 208 U.S. stores as “ICE-free zones” and releasing a short documentary about life as an undocumented immigrant in the U.S. in 2020, directed by undocumented filmmaker and activist Armando Ibañez. 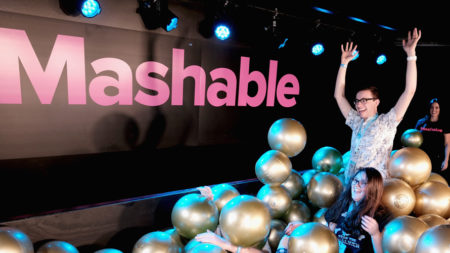 Mashable, which had an 11-year presence at SXSW, pulled out before the City of Austin canceled the event.
Getty Images
ian.zelaya@adweek.com Ian Zelaya is an Adweek reporter covering how brands engage with consumers in the modern world, ranging from experiential marketing and social media to email marketing and customer experience.