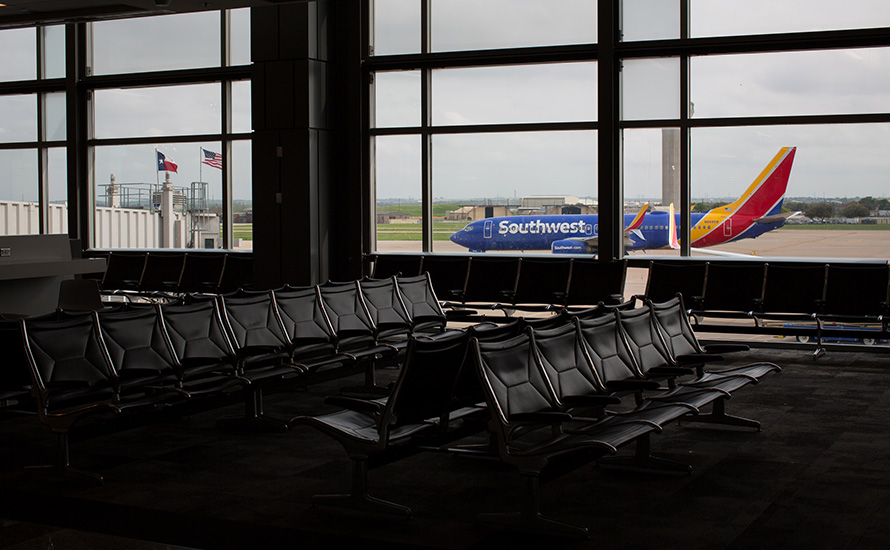 Amid the bleak landscape of the airline industry, Southwest Airlines has become a rare bright spot. Although far from unscathed—the airline lost $915 million in the second quarter—the largest domestic airline in the U.S. has already promised not to lay off workers in the face of depressed travel demand, unlike its competitors.

It also managed to do the seemingly unthinkable for a travel brand: advertise.

Since June 13, Southwest has been running a campaign called “Wanderlust,” depicting socially distanced activities like hiking and kayaking, far from the confines of a quarantined existence. The airline likely won’t win any creative awards for the effort, but the sheer fact that it’s the only airline advertising on television at the moment is momentous enough.

While American Airlines might have shot a professionally produced commercial, it only aired on the brand’s owned social channels. According to iSpot, a company that tracks national TV ads and their correlated digital response, Southwest has spent roughly $10 million on the campaign at a time when airlines are desperate for cash.

“Early on in the pandemic, with all the quarantine and stay-at-home orders, it clearly wasn’t the right time. As we got closer to the summer and the beginning of summer, that sentiment started to change,” said Southwest CMO Ryan Green. “I would call it cautious desire. It’s tapping into the desire to go out, to go see and do. but we also want to make sure the things we’re doing to keep customers safe when they travel.”

Not only is the spot a reminder that yes, airlines can still advertise, but Southwest hopes that the campaign and continued push of its low fares will help increase leisure demand, as the industry’s recovery has largely stalled since the beginning of summer.

Green said Southwest was also investing in paid social and paid search, as well as reaching out to customers through email and digital marketing.

Of those travelers, Green said the airline was seeing more customers who hadn’t flown with Southwest before and choosing the brand over its competitors. Green attributed it to the brand’s flexible cancelation policy and its commitment to leaving middle seats empty at least through October, a decision he was involved in as his responsibility as CMO also includes customer experience.

It was leaked earlier this week that Southwest would be making adjustments to its cleaning regiment, cutting procedures such as sanitizing seat belts between flights to lessen turnaround time for its planes. Green referred to it as an “optimizing” of the airline’s cleaning process, not a reduction of standards.

Notably missing from the commercial? Masks, even though Southwest, like the rest of the airline industry, has made masks mandatory during the duration of all flights.

“We’ve had that debate internally. We were purposeful with the creative that we have used,” Green said. “It’s an open question. Depending on the environment you’re showing, there’s an element of responsibility there. Marketers need to be thoughtful; we’re just going on a case-by-case basis.”

Although the advertisement might look like the kind you’d see in a pre-Covid world, tracking the investment isn’t as easy with demand suppressed as much as it is.

“Our typical KPIs and benchmarks that we’ve used just don’t apply in this world. You have to use a little bit more intuition,” said Green.

Although he isn’t happy with current air travel demand—unfortunately, one commercial isn’t enough to alleviate the industry’s woes—so far, the creative has performed well enough that Southwest is planning to invest in advertising into the fall.