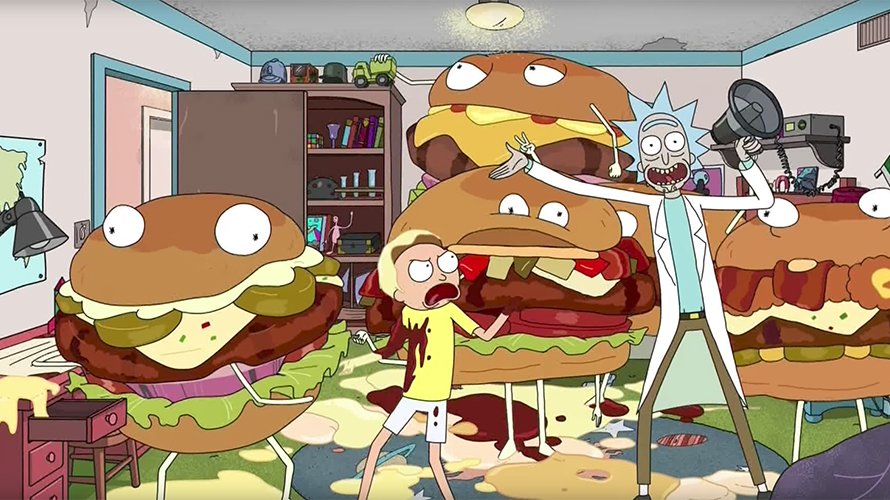 Fans of Adult Swim’s sci-fi cartoon series Rick and Morty remember well the long wait for Season 3. The fans were so distraught that co-creator Dan Harmon took to Twitter in June in an attempt to explain it. Among the reasons Season 3 was held up a year and a half: “It took long to write” and “We were scared to make [it.]”

For anyone familiar with the deeply allusive writing, the frequently ad-libbed acting and the high production value of the show’s animation, Harmon’s reasons were credible. But there’s another reason making Rick and Morty is so technically complex, and perhaps it’s even a reason why Season 3 took as long as it did: The show’s creators aren’t just working on the episodes, they’ve been making increasing amounts of sponsored content for brands.

“As fans know, it takes a long time to make a new season,” Jill King, Adult Swim’s svp of marketing and partnerships, told a full house at the Liberty Theater on Monday afternoon, part of the opening day programming for Advertising Week. But part of what the show’s creators have been busy doing, King explained, is “developing content in between seasons, packaging content for brands.”

Viewers of the show—which features the outer space, multidimensional misadventures of the cantankerous and alcoholic scientist, Rick Sanchez, and his boy-scout wholesome grandson, Morty—have gotten a look at some of that content recently. Along with the April Fools’ Day premiere of Season 3’s first episode, the commercial breaks featured a half-minute skit of Rick bursting into Morty’s room to let in a sloppy parade of Carl’s Jr. hamburgers. Then, in May, the duo returned for a 45-second play to promote director Ridley Scott’s new movie, Alien: Covenant, complete with Rick encountering a parasitoid “facehugger” while exploring an abandoned spaceship.

That a wildly popular TV show—its Facebook followers number 2.8 million—is deploying its characters in this way isn’t especially scandalous. As interest in traditional paid TV spots continues to slacken, sponsored content has stepped in to fill the breach.

Even so, there’s a difference in the case of Rick and Morty. Because Harmon’s creative partner, Justin Roiland, has to voice the characters and because the writing needs to be as smart and misanthropic as the series itself in order to be credible, the sponsored content demands the attention and talent of the show’s creators. It can’t be farmed out. While in theory the characters’ likenesses could be slapped on any number of sponsoring brands, “the best opportunity for brands is to bring them into the Rick and Morty universe,” King said, and that means having the show’s creators participate in work that in earlier eras, or for other shows, might have been left to hired guns.

Sponsored content isn’t the only way brands have crept into Rick and Morty storylines. Season 3 episode “The Rickshank Redemption” opened inside a Shoney’s restaurant. The same episode featured Rick’s interstellar quest for McDonald’s long-discontinued Szechuan dipping sauce for Chicken McNuggets (a mention that led to a petition to revive the 1998 sauce and a bottle being sent to the show). And while it’s unclear if either Shoney’s or McDonald’s had anything to do with these mentions in the first place, product placement is nonetheless “key for us,” King said. “We’ve had a lot of success with that.”

While fan response to the brand integrations in Rick and Morty has been mixed, the show seems to have quelled most of the criticism by keeping the sponsored content in step with the overall sardonic tone of the show. For example, Rick doesn’t mention Carl’s Jr. burgers as though he actually likes to eat them. Instead, he barges into Morty’s room in the middle of the night, waking him up and yelling, “Morty, wake up! We’re in a Carl’s Jr./Hardee’s commercial right now!” 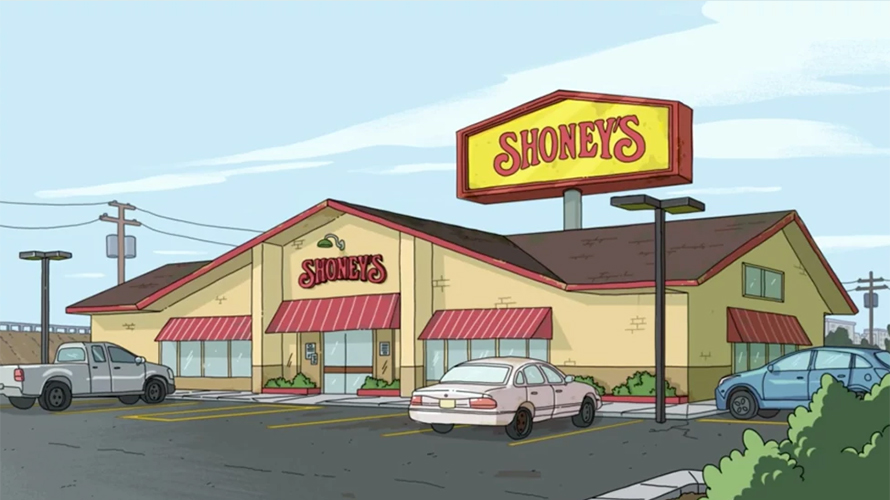