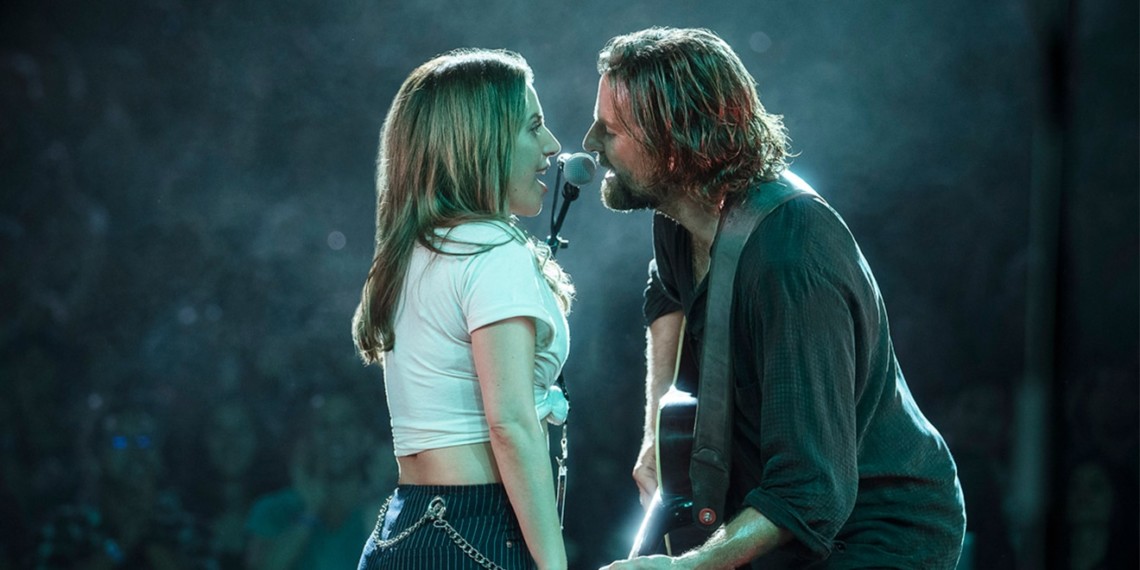 Lady Gaga and Bradley Cooper sing together in A Star Is Born. Warner Bros

Bradley Cooper and Lady Gaga have charmed audiences with their undeniable chemistry in the latest remake of A Star Is Born. This time, the tale of a country rock star and an up-and-coming pop star features new songs from Gaga and Cooper. In an effort to highlight that music, Warner Brothers (the studio behind the film, which is Cooper’s directorial debut) worked with Spotify to produce a video ad with 3D sound.

The ad, which mimics the surround-sound effect of being in the theater when the viewer has on headphones, is a first of its kind, according to Spotify and Warner Bros. It was created by Warner Bros. and Spotify’s in-house creative team in partnership with creative shop Red Apple.

“An ad like this helps break through a content-cluttered environment and get audiences to more deeply engage with our movies,” said Andrew Hotz, evp of worldwide digital marketing for Warner Bros., in an email. “For A Star Is Born, we were looking for breakthrough opportunities that remained true to the film’s themes and tone.”

Hotz continued: “Whereas many opportunities were off-brand or gimmicky, we felt this video format with Spotify used technology in a creative and engaging way without detracting from the tone of the film and marketing campaign.”

“We used a specialized audio production technique that delivers audio to the Spotify user so that their ears and brain interpret the sounds as being omnidirectional,” explained Andi Frieder, head of sales, entertainment industry at Spotify, in an email. “This allows placement of sound not just left and right, but above, behind, and in front of the listener in a seemingly 3D space.”

Frieder added: “In working with our studio partners, we are constantly trying to innovate new ways to convince a streaming generation to show up for the big screen experience. The more effective our products, concepts and strategies are, the more value we can deliver to the entertainment marketing community. We are actually in the same business as studio marketers—in that we are negotiating for consumer time in an increasingly fragmented content environment.”

Spotify will also be working with Warner Brothers on the release of Aquaman later this year but it’s unclear what that will entail.