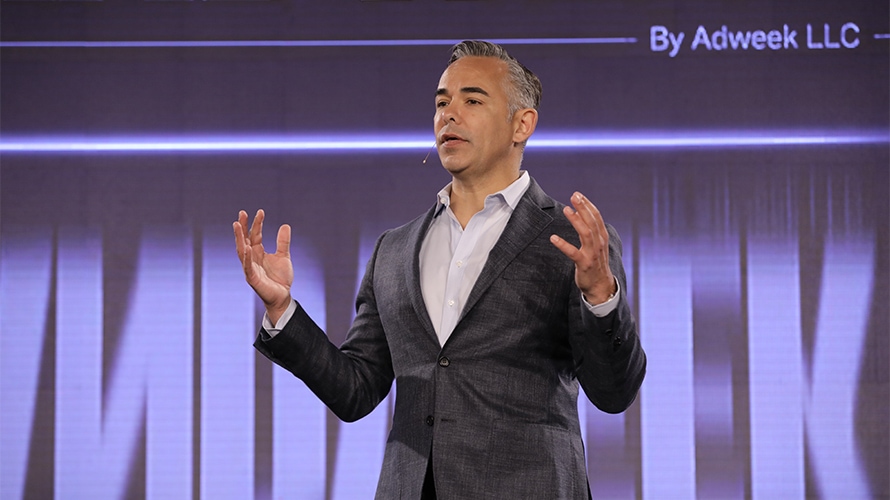 A brand mishap doesn’t have to mean a complete loss of opportunity, according to Target CMO Rick Gomez.

The marketer found his brand at the center of scandal this summer, after a pop-up experience for a store in New York received the wrong kind of feedback. For the opening, Target transformed the facade of the block of 14th Street and Avenue A, where its new store is located, into a Targetified version of the East Village. This included images of small apartment buildings, mom-and-pop shops and what would become the most talked-about piece: a mock replica of the famed CBGB punk rock club, which closed in 2006 due to rising rents, that read TRGT on its awning.

“It was a nod to the history of the community,” Gomez, speaking onstage at Brandweek, said of the installation.

However, many took it as a sad display of the commodification and gentrification of the historic neighborhood, one that has seen many longtime favorites close and mass retailers like Target take their place. Images of the pop-up flooded social media, oftentimes accompanied by negative comments. National media took notice, too, and there were several write-ups that noted how unhappy people were.

It’s the sort of viral moment a CMO hopes will never happen. “Our intention was to celebrate the community,” Gomez said. But in trying to do so, the team realized it had “made a big mistake” because it had “tried to be the community rather than being Target.” After coming to that realization, Target came out with an apology.

“We didn’t try to rationalize our way out of this,” Gomez said. “We accepted the criticism. We should have done better. We apologized, and we apologized very publicly and very quickly.”

That apology came in a statement to The New York Times. “We sincerely apologize if some eventgoers felt it was not the best way to capture the spirit of the neighborhood,” it read. “We always appreciate guest feedback and will take it into consideration as we plan for future opening events.”

Gomez also took the gaffe as a learning opportunity, he said. Target had another store slated to open in another historic New York City neighborhood, the Lower East Side, just a few weeks later. The experience in the East Village helped inform planning for the opening celebration, so it would go off more like the ones in Tribeca and Herald Square did—without a hitch.

To do so, the company spoke with and showed its plans to representatives from community relations, government affairs and Lower East Side residents, and incorporated their feedback. “All of this led to a great event focused on Target and summer fun,” Gomez said. “The rain held off; the crowds were big.”

Most importantly? The event got no national news coverage; what coverage it did get was “strictly local” and focused on the arrival of the new store. And for Gomez, that kind of attention was just what he was hoping for.

“It was one of the few times in my career were I was glad to see nothing go viral,” he said.