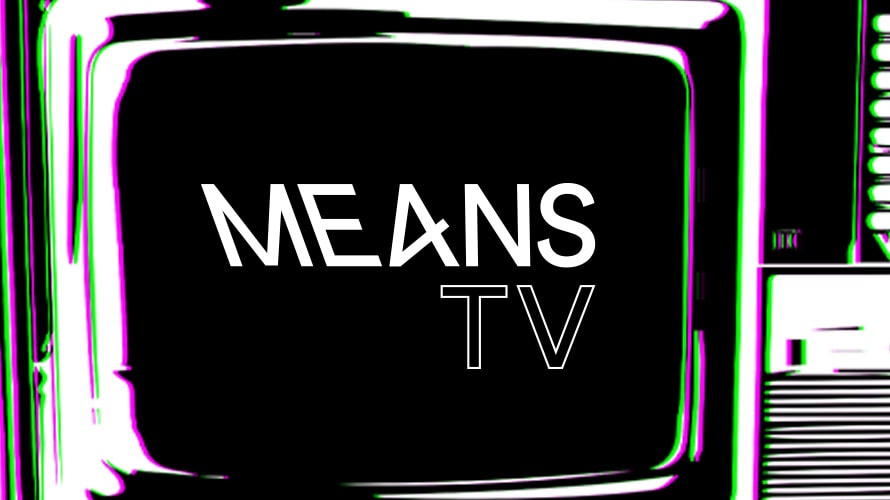 Alexandria Ocasio-Cortez’s rise was a swift one. And a lot of that was thanks to her advertising.

A campaign video—dubbed “The Courage to Change”—showed AOC getting ready in the morning in her New York apartment, then commuting on the subway and speaking with New Yorkers. In the video, she laid out her beliefs: Medicare for all, tuition free college and criminal justice reform. “It doesn’t take 100 years to do this. It takes political courage,” Ocasio-Cortez says in the ad. She wrote the script herself.

But it came after Naomi Burton and Nick Hayes reached out to her  to handle the logistics. It launched their Detroit-based production company, Means of Production, into stardom when the ad for now U.S. Rep. Ocasio-Cortez went viral.

Even in the race for the 2020 Democratic nomination for president, the ad serves as a foundation for some candidates who hope to be in the running, like Vermont Sen. Bernie Sanders.

Now, Burton and Hayes are looking to get into the streaming space with Means TV, a new media company that will produce original pro-socialist programming. They hope to get the subscription-based company off the ground in early 2020. Adweek caught up with Burton and Hayes to discuss what it means for them to get into TV, political advertising and what candidates heading into 2020 should keep in mind.

The following has been condensed and edited for clarity.

Adweek: How did your work for AOC begin?
Burton: I reached out on Twitter, and said, ‘We’re socialists. We don’t do work for corporations. We’d love to do a campaign video for you.’ She immediately responded to me within the hour and at that point, she had a lot fewer Twitter followers. We jumped on the phone the next day with the campaign. And then probably a month later, we were in New York filming. And that was the beginning of May. And then we dropped the video in June. And then everything kind of went crazy from the day that we launched the video.

You received a ton of praise for your work for AOC. How did you interpret that kind of popular feedback?
Hayes: It’s the end of a political era of being able to get away with saying random bullshit—hope and change—and being held more accountable. People want something new and something different than that.

How much of your story do you think is because you’re based in Detroit? How does being there help translate your beliefs into genuine campaign videos for candidates?
Hayes: We’re trying to add a level of earnestness and authenticity to politics. We look around at our community, the people around us, and they feel the same way. And it’s just about expressing it in a way that isn’t mind-boggling to people or that that doesn’t feel so radical. It’s finding ways to talk to normal, everyday people.

Burton: Living in the Midwest, but especially Detroit, the town that’s been run by Democrats for 50-plus years, is a lot of the reason we do what we do. And we stand very strongly in our convictions.

Another reason is … any Democratic consultant is doing video work for the Democrats and are also doing work for Wells Fargo and Duracell battery and these corporations that go against everything that we believe. We felt it was really important to us to combine something that was different than that and spoke differently than that. And that comes through in our work.

Have you made a commitment to not work with those types of companies?
Hayes: We don’t work with any corporations. Same with our streaming service—we have no ads, no VC cash, no sponsored products, nothing like that. It’s a corporation-free environment.

Burton: We saw how poisonous it is to go back and forth between the world and try to separate the corporate speak from your outside work. We felt that there was really no way to do it.

Burton: Even thinking back the last year, the ad we did with Kaniela Saito Ing [who launched a failed bid to represent Hawaii’s 1st Congressional District] right after our ad with AOC, we talked about a Green New Deal. And I’m pretty sure we were the first people to put Green New Deal in a campaign video, which is crazy to think about now considering how much it’s permeated every kind of cultural space and our electoral space.

So much has shifted in the way that people are talking about politics, and we’ll see a lot more things that feel like the AOC video that say the right words because they’re testing really well. But how do the candidates who really mean it communicate that authentically?

We’re really spending a lot of time focusing on the cultural and entertainment space. We see the right investing so heavily in entertainment that we know that for the left to be able to gain power, we need to permeate that as well.

What do you mean when you say occupy the culture and entertainment space?
Burton: Means TV, which is the world’s first anticapitalist streaming service. We plan to launch in January. We’ve raised almost $140,000 from 6,000 people around the world. We’re acquiring films, creating original, short TV shows, all created by working people with a critique of capitalism. It doesn’t hit you over the head. It’s not a political ad, but it points the finger at the right people unlike the majority of our entertainment right now.

Hayes: It’ll be like a Netflix. We’re trying to bring together some interesting projects from around the world and finance and produce some other ones. We’re in overdrive mode getting content on the platform.