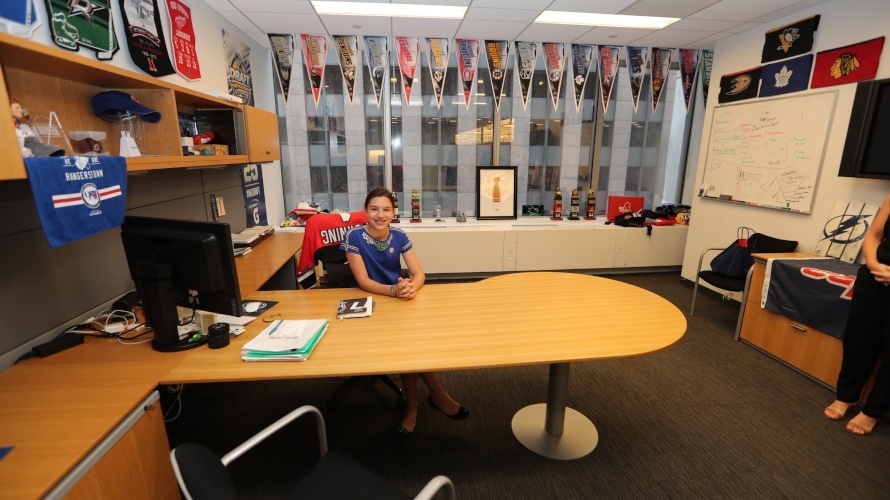 The NHL is recruiting a group of youth advisers—who will be known as the NHL’s Power Players—to help the league better connect with Gen Z and get them invested in the sport.

This council will assist and provide insight and suggestions to the league on matters including marketing, community engagement, events, social content and understanding rules of play. Applicants (who can apply here starting today) must be ages 13 to 17, “be open, honest and willing to share your ideas with the NHL and your peers” as well as “have a passion for hockey,” according to the eligibility requirements. A social media presence on platforms like Twitter and Instagram is welcome, but not a requirement.

Power Players is born from the actions of Sabrina Solomon, a teenaged avid hockey fan. In 2017, just after the NHL’s CMO Heidi Browning had started in the role, she did an interview with The Wall Street Journal about her plans for the league. Solomon, who was then just 11 years old, saw the article and wrote to Browning, telling her she had some ideas of her own. Impressed, Browning invited her into the NHL’s offices for the day.

“I organized a meeting so she could meet a bunch of different people from the organization, thinking this would be informational for her to see different roles and paths that she could potentially take,” Browning told Adweek.  “She came in with a PowerPoint presentation of all of her ideas, and she presented them with poise and confidence to our group, and there were a lot of great ideas in there, some of which we were already doing.”

“It was a really ‘A-ha!’ moment for us,” she continued. “It meant the things that we’re doing, while they may be resonating with some of our fans, they’re not reaching everyone, especially our younger fans.”

Solomon’s presentation planted the seeds for what would become the Power Players program, which endeavors to “connect and be relevant for young fans and turn it into something bigger,” said Browning.

Chosen participants will be a part of the Power Players program for a year, and will also have opportunities to attend games (with their parents and Browning) and receive Power Players merchandise as well as a certificate of completion at the conclusion of the program. The hope is that with these varied insights from the team of Power Players, the NHL can get a better picture of what Gen Z is looking for from a professional sports organization.

“It’s important that we’re always listening to our fans, and when we’re listening to our fans, ideas will come up,” said Browning. “We’re not going to shift our entire strategy based on the feedback of one person, but the more people that we listen to, you start to have a pattern recognition of opportunities to connect in new and unique ways.”

Ultimately, Browning says the program will be a way for the NHL to understand how to best evolve and grow with the next generation of fans.

“We’re a 100-year-old brand, and we have an amazing, passionate, almost tribal hockey fanbase,” she said. “As the world evolves, and we start to evolve our brand for the next 100 years, it’s important to understand and listen to all the generations of fans.”