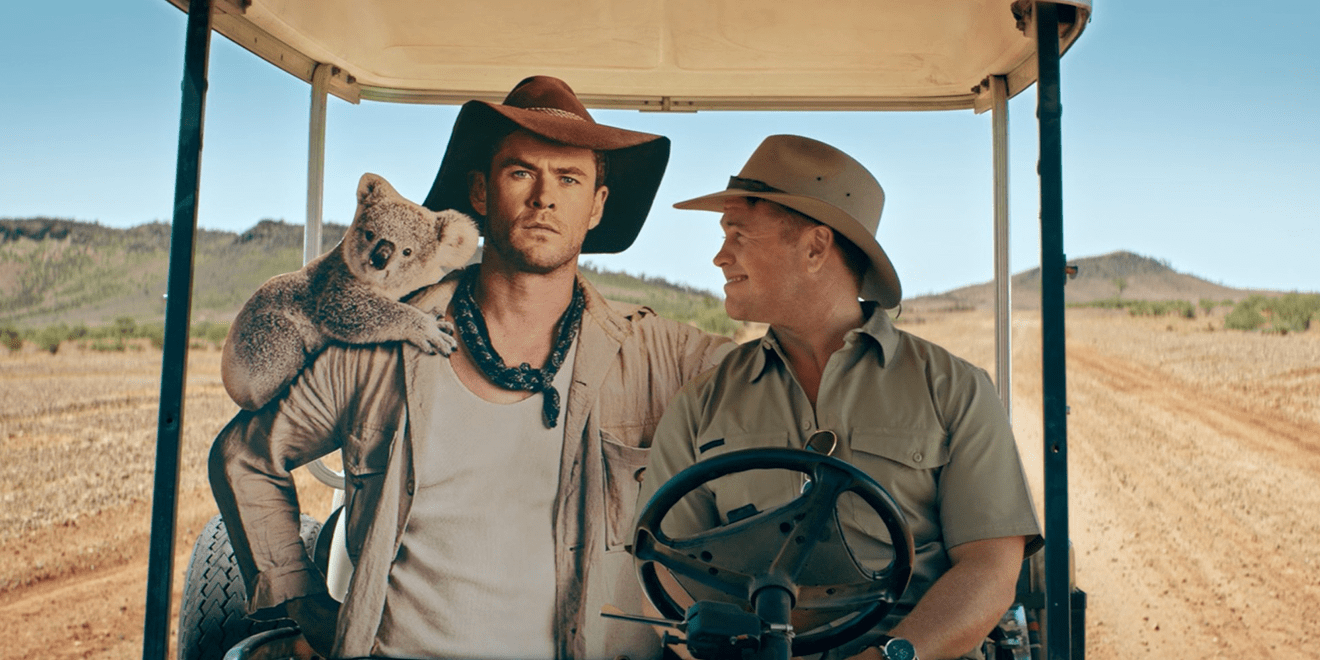 Tourism Australia has recruited yet another Hemsworth brother—this one dubbed “the original Hemsworth”—for a behind-the-scenes look at a fake movie that “almost took the world by storm.”

It’s a commercial for a faux backlot tour of a big-screen feature that never happened.

Luke Hemsworth is not. The older brother of Chris and Liam, who shares their self-deprecating sense of humor, stars in “Visit the Set of Dundee: Son of a Legend,” a series of videos offering an insider’s view of the filming locations of the Chris Hemsworth-Danny McBride buddy comedy-fish-out-of-water-action flick, “Dundee: The Son of a Legend Returns Home.”

“We’re letting people think it’s a movie set,” Luke Hemsworth told Adweek. “That’s the strength of the campaign, which is very, very clever. In truth, the Australian Outback and all these other places are about five million times better than any movie set I’ve ever been on.”

Hemsworth (Westworld, Thor: Ragnarok) was talking about the gorgeous vistas in the latest spots for the government tourism board, framed as “epic” set pieces where visitors can check out cutting-edge special effects (that would be Sydney Harbour in New South Wales) and “the largest coral reef ever built for a motion picture” (the actual Great Barrier Reef in Queensland).

Make no mistake, this is not the Universal Studios tram tour, but rather “3 million square miles” of scenery, natural wonders, local folks and other “props.”

“Marvel at the incredible set design,” Hemsworth says in the spots, referring to the Kakadu National Park in the Northern Territory, and wonder at how the “Dundee” filmmakers created lifelike sea creatures and imposing mountains. (Those aren’t animatronic, of course, or papier-mache).

“You can’t get this in Hollywood,” Hemsworth says as he’s stationed next to a cardboard cutout of brother Chris from “Dundee,” a brilliant marketing gag that broke during this year’s Super Bowl LII.

It’s no wonder, then, that Tourism Australia would take another crack at it, launching a sequel of sorts from Australian agency Thinkerbell aimed at the U.S. market. This phase is timed for summer, the busy booking season for travel to the region.

“It’s a genius step from a marketing point of view,” Hemsworth said. “And from a personal point of view, I was very excited to step into Chris and Hogan’s shoes.”

It gave Hemsworth the first chance in some 20 years to visit the northern part of the country, where he has roots, he said.

“It’s hard to stand in that place and not be awestruck by the vastness and the beauty and the serenity,” he said. “It’s alive, and it speaks directly to your heart.”

The tourism agency, looking to keep the momentum going from “Dundee,” premiered a content series this spring called “Why Australia,” targeting “high-value visitors,” also known as big spenders. (The U.S. accounts for nearly $4 billion in spending there annually). It’s part of the mission for “fewer, bigger, bolder, more impactful” advertising efforts, according to the group.

When she heard the Luke Hemsworth idea, CMO Lisa Ronson said she knew it was the right follow-up to “Dundee.”

“There’s a strong business case behind it because of how well the first one resonated,” she said. “And that idea of Australia being one giant movie set is a funny, simple, really nice way to extend it.”