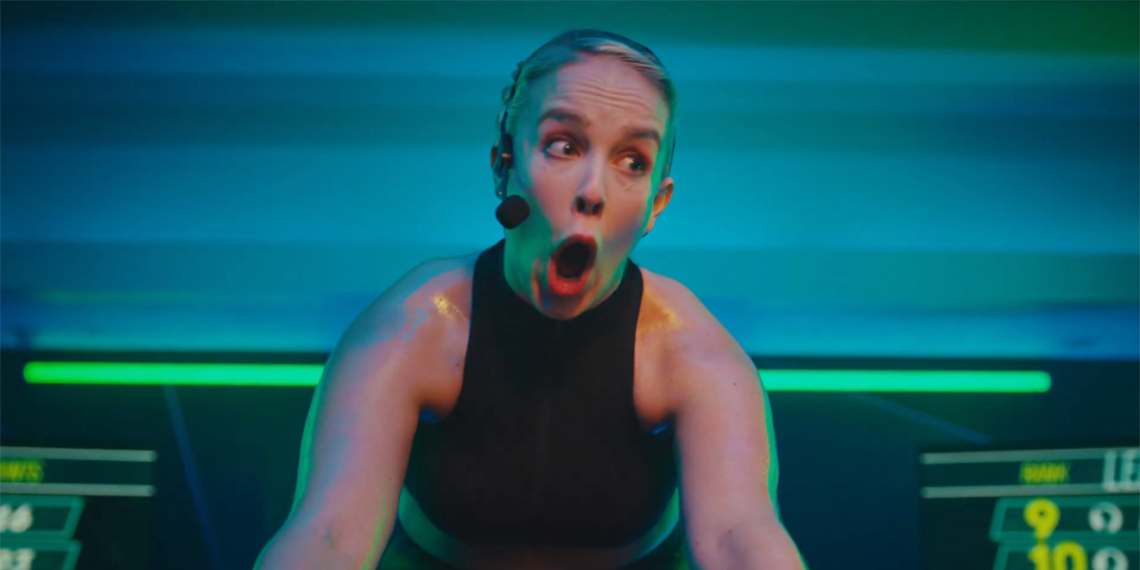 Planet Fitness put the fitness industry right in its crosshairs with "Bike of Shame." - Credit by Planet Fitness


At the end of 2019, the ad industry—and the culture more broadly—were consumed with all things Peloton. The brand’s widely mocked holiday ad was a PR nightmare and fodder for one of the year’s best ads. Ryan Reynolds’ Aviation Gin took advantage of the cultural moment to playfully “save” the woman in the original ad. But after the noise had died down, Planet Fitness added its own spin with an ad that featured a “Bike of Shame,” putting the fitness industry right in its crosshairs. And with its Times Square partnership, New Year’s Eve was the perfect time to debut it. “It’s a hilarious depiction of the spoken and unspoken exclusivity in the competitive fitness environment that [society has] created,” said Katy Hornaday, evp and executive creative director at Barkley, which won the account in February 2019. “How high up on the leaderboard are you? How many calories are you burning? And sometimes you might feel left out, and sometimes your place on the leaderboard makes you feel like you don’t belong. And that’s what we were trying to bring to light.”

Read more: Planet Fitness takes great pains (though it seems effortless) to remind people that fitness doesn’t have to be a competitive, $240-a-month endeavor that takes up tons of time and is meant to fill an Instagram feed.


Last year, Planters advertised in the Big Game for the first time in a decade, and it’s back at it again in 2020. This time the 30-second spot will feature Matt Walsh, who played TV’s worst press secretary in HBO’s award-winning show, Veep. Walsh’s character was also known for his “propensity to eat,” said Walsh, which could be part of why Planters pegged the comedian and actor for its spot. While Walsh confirmed that Charlie Sheen, who made a cameo in last year’s ad, will not be returning this year, Mr. Peanut and his Nutmobile definitely will. The spot, produced by VaynerMedia, will air during the third quarter.

Read more: This’ll be Walsh’s first time acting in a Super Bowl ad, which he said is “kind of a neat milestone for an actor.”


What brands do consumers trust the most? Morning Consult conducted a survey of U.S. adults throughout the fall that garnered an average of 16,700 responses for more than 2,000 different brands, and the results might surprise you: According to that data, 12 familiar CPG names placed among the top 25 most trusted brands in America. From highest to lowest, they are Hershey’s (at No. 7), Cheerios (No. 9), M&M’s (No. 10), Dove and Tide (tied at No. 11), Ziploc (No. 13), Clorox (No. 14), Tylenol and Colgate (tied at No. 16), Crest (No. 18), Heinz and Campbell’s (tied at No. 21). Additional data in the report revealed that 61% of U.S. adults trust the food and beverage industry either “a lot” or “some” to do what is right, while 28% said “not much” or “not at all.” By comparison, only 37% of people indicated that they trusted the insurance industry to do what is right. One major takeaway from the report: Trust takes time. Among the 100 most-trusted brands, just two—Android and YouTube—were established after 2000.

The 6 Marketing Trends That Will Drive Innovation in 2020

Adweek’s Heide Palermo asked marketers from leading brands like Google, HBO, Hulu, Visa, Sony and Chipotle to take a moment and reflect on one question: What’s happening in marketing right now that you’re most excited about? Pulling from the most insightful responses, Palermo identified six major themes that top marketers are looking forward to this year: The democratization of content creation, voice technology and 5G, the impact and influence of culture, increased personalization, the value of experiential and lastly, the power of data.

Read more: “We always have an eye on what’s next, but sometimes innovation means going left when everyone else is going right,” said Zach Enterlin, evp of program marketing at HBO.

Ad of the Day: In Apple’s Chinese New Year Spot, a Single Mom and Daughter Repair Their Broken Relationship


In another touching, cinematic ad from Apple for Chinese New Year, cultural shift causes a rift between a young single mom and her own mother. Created by TBWA\Media Arts Lab’s Shanghai office and shot on the triple-camera iPhone 11 Pro, Chinese actor Zhou Xun plays the role of a single mother who drives a taxi for a living, often with her small daughter in the car. Her mother would rather she find a man to support her, their arguments make clear, and eventually the younger mother storms out with her small daughter. What appears to be years later, the taxi driver and her daughter are out working on a rainy New Year’s Eve—only to come across the older woman, who says she’s spent the holiday every year searching taxis for her family, with homemade dumplings in tow. Fair warning: I fully cried.

Marketers Share How Management Can Prevent and Address Burnout

“It starts with recognizing that burnout is a symptom of a much larger issue. Long hours, stress, anxiety, etc. all stem from a lack of focus and clear direction. As someone in leadership, it is your job to create an environment where the goals are clear and attainable while giving people the headspace and flexibility they need to accomplish those goals. When you hear that someone has to work an incredible amount of hours to get something done you should look at where the breakdown was that caused this issue.”

“Recognize and address it early on. Encourage people to take vacations long enough to unplug. Enforce company-wide shut downs on days of celebrations and around holidays or at least encourage people to work remotely for an extended period of time if visiting family. When things calm down, encourage people to leave early or take long lunches to refuel.”

More of the Latest: