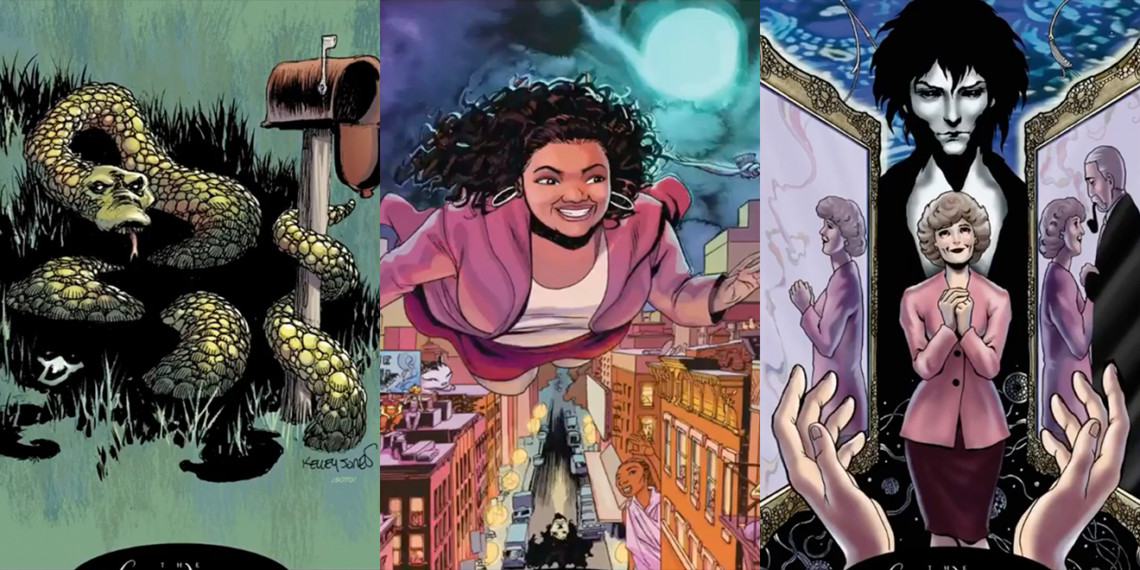 Morpheus, the protagonist in DC Comics’ The Sandman, is the ruler of dreams, stories and the imagination. To celebrate the first audio adaptation of Neil Gaiman’s graphic novel series, Audible has created a digital campaign that turns fans’ real dreams into art with help from notable comic illustrators.

The Amazon-owned audiobook and spoken-word entertainment company has launched Drawn From the Dreaming to promote the multipart audio drama series, which releases its first installment July 15. The campaign, which runs through July 25, invites consumers to submit descriptions of their dreams at drawnfromthedreaming.com or via 515-SANDMAN, a mobile hotline narrated by Gaiman.

The personalized artwork is curated on the Instagram page @DrawnFromTheDreaming, featuring audio snippets from the series with fans tagged in each post.

Kat Dennings voices Death in a dream illustration featuring actress Yvette Nicole Brown.
Sara Moscowitz, svp of content marketing and merchandising at Audible, said the original intention had been to create an IRL activation to drive word-of-mouth at San Diego Comic-Con, but the campaign pivoted to digital once the Covid-19 pandemic canceled the event.

“We wanted to create something that resonates with the massive audience of sci-fi and fantasy genre entertainment, and showcases the cinematic audio but also allows people to participate,” Moscowitz said in a statement. “Additionally, we wanted to include the amazingly talented DC artists to incentivize fans with personalized illustrations of their dreams overlaid with a piece of the audio from The Sandman.”

While only a select number of dream drawings will be featured on Instagram, every fan who submits a dream will receive a free audio episode of The Sandman that includes a brief overview of the story so far, told by Gaiman.