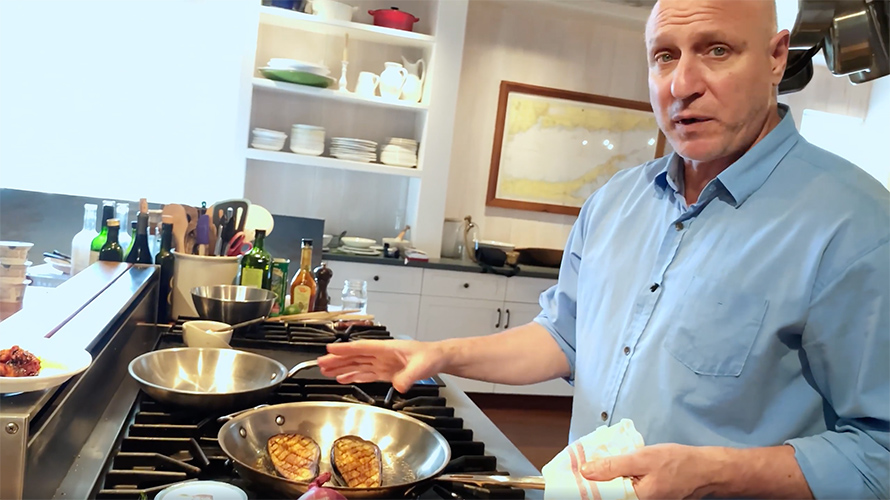 Plenty of brands have released new spots and put their weight behind environmental causes to commemorate the 50th Earth Day. And with a focus on Earth Week, Danone’s low-sugar Greek yogurt brand, Two Good, has set its sights on reducing food waste by asking people to #MakeFoodGoFurther.

The food problem in America is a perplexing one. On one hand, the U.S. Department of Agriculture states that between 30%-40% of the nation’s food supply ends up in landfills. On the other, more than 37 million people, including 11 million children, struggle with hunger, according to Feeding America, a national network of food banks. Circumstances are bound to only get worse with growing unemployment levels and supply chain complications brought about by the Covid-19 pandemic.

“Food waste is huge,” said Pedro Silveira, president of yogurt at Danone North America. “If food waste were a country, it would be the third largest emitter of climate pollution, just after China and the U.S.”

Looking to engage in the topic while helping consumers confined to their homes, Two Good, which debuted last year, teamed up with celebrity chef Tom Colicchio to make three cooking videos in which Colicchio shares ways to reduce food waste by making the most of every ingredient and using items found in the pantry.

Silveira said Two Good selected Colicchio as a partner for the project because of his culinary expertise, coupled with his dedication to food activism, such as advocating for more nutritious food in school cafeterias.

Two Good worked with ad agency Motive to generate the ads and creative for its #MakeFoodGoFurther campaign.

Like many brands that have had to adjust marketing efforts in light of the coronavirus outbreak, Two Good had initially planned to commemorate Earth Week with ideas about people on the move and traveling to different parts of the world. The campaign would have involved in-person activations, too. Those plans were scrapped and replaced with a focus on reducing food waste at home, now that more people are preparing their own meals.

As part of the effort, throughout Earth Week (April 20-26) Two Good is also donating 100% of its net profits, up to $100,000, to food rescue organizations City Harvest and We Don’t Waste. In March, Danone North America pledged $1.2 million, along with $300,000 in products, toward reducing food waste and redistributing it to those in need in communities across the country.

In a similar move, Chobani recently said it plans to send one truck per day loaded with supplies to food banks across the U.S. for the foreseeable future. The brand, largely known for its Greek yogurt, has also partnered with Feeding America to help raise money, collect food and spread awareness of the food-shortage problem through its website and social media channels.

Earlier this week, Danone reported that Q1 sales rose to $6.7 billion, up from $6.6 billion last year, in part due to consumer stockpiling in Europe and North America during March. Much like other major CPG manufacturers, the French food company withdrew its full-year guidance due to the unpredictable economic impact of the coronavirus.