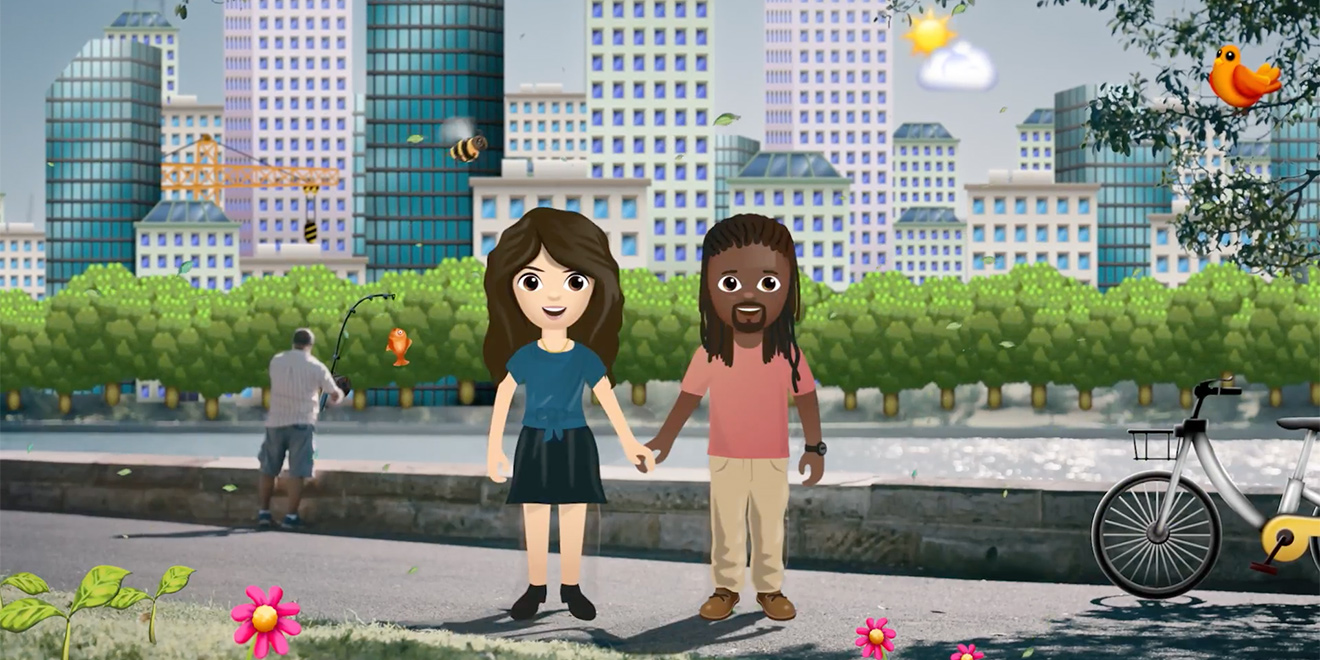 Tinder has started a petition for emoji celebrating interracial couples. - Credit by Tinder

Tinder is behind a new campaign to diversify emoji. The goal is to have representation of all kinds of love for all your texting and tweeting needs. The brand argues that while there’s essentially an emoji for everything, from avocados and elephants to same sex couples, there are currently no emoji that represent interracial couples.

“At Tinder, we believe that no one should ever feel unrepresented or unseen. Love is universal, and it’s time for interracial couples to be represented in our universal language,” the brand said on its emoji campaign site.

Tinder worked with Marcel Sydney on a film to kick off the campaign and showcase what a world with interracial emojis of couples could look like.

“We care about the causes that are important to our millennial user base, so we created this campaign to fight for Emoji equality to ensure everyone feels represented,” said Rosette Pambakian, head of brand at Tinder.

“Tinder has always been a vocal advocate for diversity and inclusion on our platform and beyond, so this idea has been on our minds for a while,” she said. “We couldn’t be more excited to share the campaign and petition with the world.”

Alongside a lovely 60-second spot, Tinder also created a Change.org petition to further its cause. The Tinder team co-authored the petition with assistance from Reddit co-founder Alexis Ohanian. Once the brand has enough signatures, it will send its petition to Unicode Consortium, the nonprofit organization and governing body for all things emoji.

A recent global survey from Tinder found that 52 percent of global respondents to Tinder’s survey noted that interracial couples were not well represented through emoji, memes and GIFs. Additionally, 57 percent said Tinder has made them more open to marrying or committing to someone of a different race or ethnicity.

“As the largest and most diverse platform for meeting new people, we are uniquely positioned and incredibly proud to petition for this update. Inclusivity is a core value at Tinder, and we believe in fighting for what our users believe in,” Pambakian added.