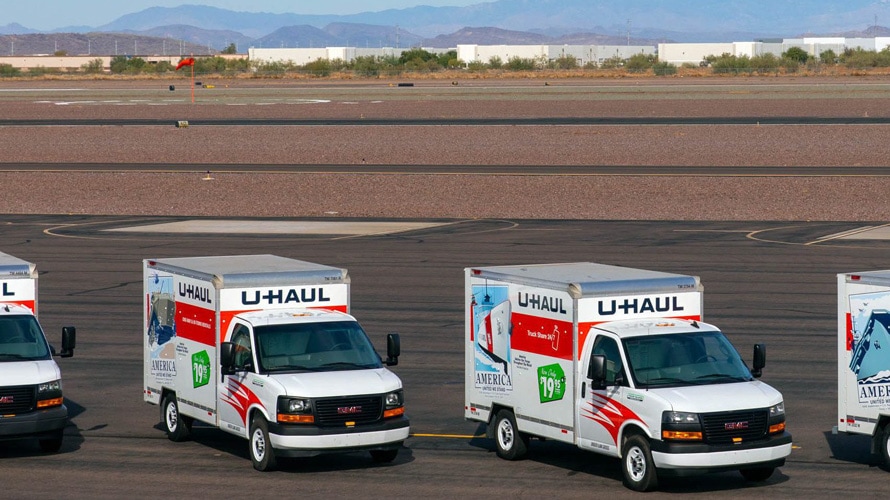 U-Haul's new policy will go into effect on Feb. 1 - Credit by U-Haul

Starting in February, U-Haul will become the first major company in the transportation and material moving industry to bar nicotine users from employment in 21 states.

The new policy will impact applicants in the following states: Alabama, Alaska, Arizona, Arkansas, Delaware, Florida, Georgia, Hawaii, Idaho, Iowa, Kansas, Maryland, Massachusetts, Michigan, Nebraska, Pennsylvania, Texas, Utah, Vermont, Virginia and Washington. Job candidates will need to prove they are not a nicotine user through questioning and, where it is legal, consenting to nicotine testing.

The other 29 states and Washington D.C. have laws that protect smokers from hiring discrimination (which the American Lung Association does not support).

The 30,000-plus current U-Haul employees hired prior to Feb. 1 will not be impacted by the policy, according to a statement from the company.

The Phoenix-based truck rental firm explained the move by stating its commitment to “establishing one of the healthiest corporate cultures in the U.S. and Canada.” Jessica Lopez, U-Haul chief of staff, said the nicotine-free hiring policy “is a responsible step in fostering a culture of wellness at U-Haul.”

U-Haul is investing in that culture in other ways, too. Last month, the company broke ground on a massive 54,028-square-foot conference and fitness center at its headquarters. In September 2019, employee benefits were expanded to address mental health as part of the company’s Healthier You program, which covers health, mindset, nutrition and fitness. Nicotine cessation assistance for current employees is included.

The news has been met with mixed reactions. Slate called the policy “draconian” and “hypocritical,” while NBC News reminded readers that this type of hiring policy isn’t necessarily new—Alaska Airlines has had a similar one since 1985.

The Tobacco Free Life Organization, a nonpartisan nonprofit with a mission of “saving 1 billion lives by preventing diseases caused by tobacco,” noted on its official site that truck drivers have an “especially problematic” link with smoking because their job duties—specifically, long hours on the road—aren’t the most conducive to nutritious or active lifestyles.

In a two-year study conducted by the CDC from 2014 to 2016, the estimated prevalence of tobacco product usage among U.S. workers in the transportation and material moving industry was 31.8%, one of the highest rates out of all occupations.