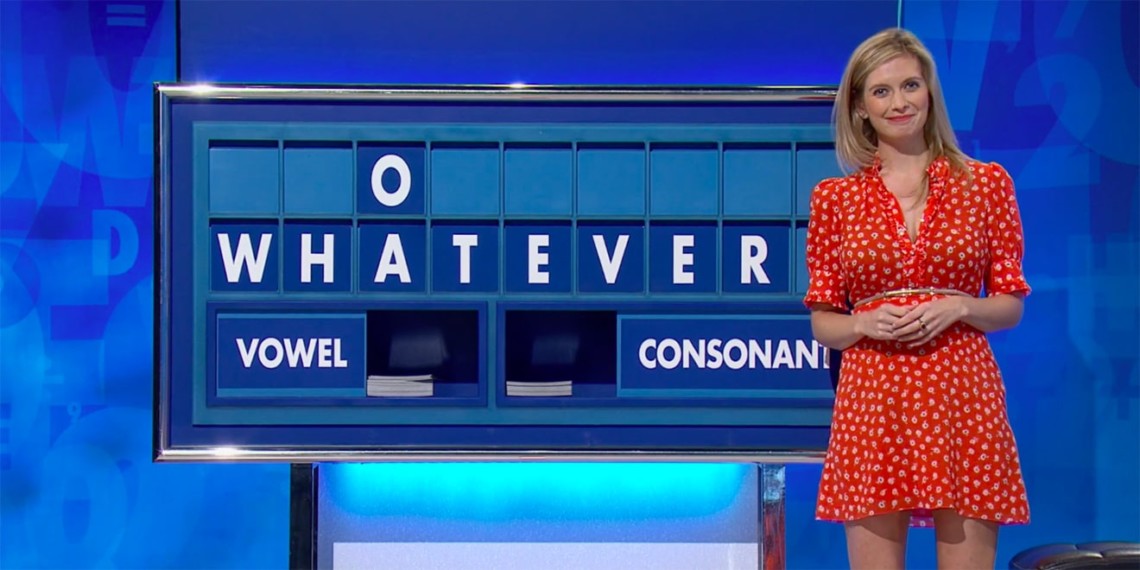 Countdown's Rachel Riley shares her response to a complaint about her 'inappropriate' outfits. - Credit by Channel 4

Do you ever take a moment to celebrate the fact that we no longer live in an era where “the customer is always right”?

Sure, some ivory tower execs still espouse this nonsense, but if you’ve ever worked in a role where you actually have to deal with people, you know that the customer is often wrong. Abusively, ignorantly, soul-crushingly wrong.

The more visible your job, the worse these “customer” complaints can be, and practically no job is more visible than that of a TV personality. Instead of just quietly ignoring the haters, Britain’s Channel 4 has decided to create an entire ad about the real complaints the network has received about its personalities and programs.

The result, even if you don’t live in the U.K. and might not recognize all the talents involved, is a wonderfully cheeky spot called “Complaints Welcome,” in which the network acknowledges some of the more regressive—and occasionally just bizarre—pieces of feedback it has received from viewers.

“This campaign celebrates one of the things at the heart of Channel 4’s identity: challenging the way our viewers think about the world,” says network programming director Ian Katz. “When there isn’t someone complaining about one of our shows, we should be worried.”

Perhaps most recognizable to U.S. viewers of the spot are Great British Bake Off’s Prue Leith (chided for talking with her mouth full) and Sandi Toksvig (described as looking like Tom Cruise, which she illustrates isn’t necessarily an insult). Fellow food celeb Jamie Oliver also owns up to his “sausage fingers.”

Stateside Anglophiles might also recognize Catastrophe’s Sharon Horgan and the cast of Derry Girls. And advertising aficionados will definitely recognize gold Paralympic medalist Ellie Simmonds, one of the stars of Channel 4’s celebrated “We’re the Superhumans” spot from 2016.

But if you’re not up to speed on all your Channel 4 stars, here’s a quick rundown:

• Actor Kieron Richardson of Hollyoaks is seen kissing his husband and eating a turkey leg.
• Bake Off judge Prue talks with her mouth full (so uncouth).
• Designer and presenter Kevin McCloud, of Grand Designs, is too posh.
• Big Narstie of The Big Narstie show was accused of being “too black.”
• Comedian Katherine Ryan, charged with using “too much Botox,” hosts shows such as “How’d You Get So Rich?”
• Bake Off presenter Sandi “looks like Tom Cruise.”
• Hulu’s The Handmaid’s Tale, which airs on Channel 4 in the U.K., is vandalized as “feminist propaganda.”
• Rites of Passage host Grayson Perry “wouldn’t be so bad, if he tried to make himself look like a normal woman.”
• Escape to the Chateau’s Dick Strawbridge “looks like a walrus,” though wife Angel Adoree doesn’t seem to mind.
• Channel 4 News reporter Fatima Manji cites a complaint of being “too boring.”
• Comedian Jimmy Carr gets the quick and simple laptop slam.
• Another comedian, Jamali Maddix, summarizes a general gripe about the network’s incompetence “on many levels.”
• Channel 4 News anchor Krishnan Guru-Murthy fields a complaint about being “just inappropriate.”
• The Last Leg hosts Alex Brooker and Adam Hills consider Brooker’s (totally fine) arms and (apparently abundant) back hair.
• Catastrophe star Horgan faces a room full of old white men and the complaint that “women aren’t funny.”
• Game show Countdown’s Rachel Riley delivers the spot’s best comeback to a complaint, specifically about her “inappropriate” outfits.
• Channel 4 News’ Jon Snow, obviously, knows nothing.
• Paralympic athlete Simmonds confronts the belief that “they’re not real athletes.”
• Journalist Cathy Newman gives a simple “no,” which could be a terse complaint from a viewer—or her declining to pick an example from the extensive online abuse she suffered from trolls after a high-profile interview with a right-wing Canadian professor.
• “Naked Chef” Oliver owns up to his sausage fingers.
• The Derry Girls don’t agree they “need subtitles.”
• Mo Gilligan, host of The The Lateish Show, has no complaints whatsoever.