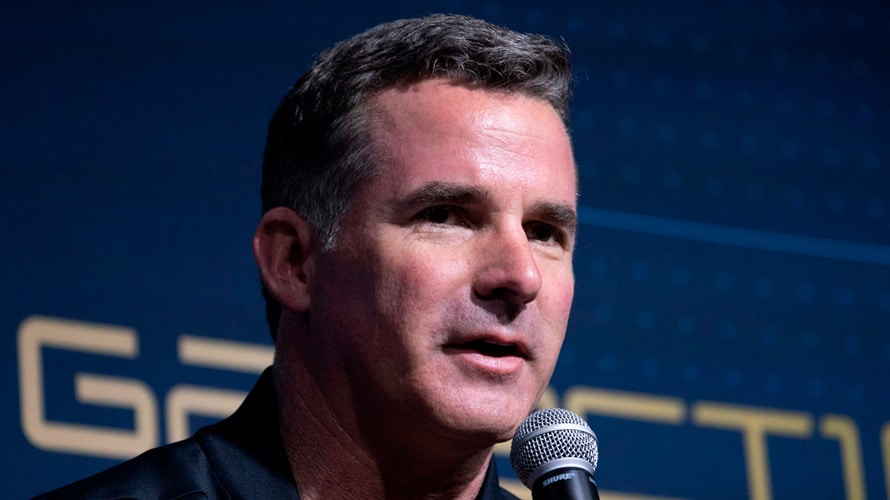 Kevin Plank isn't leaving Under Armour entirely, retaining his seat on the company's board. - Credit by Getty Images

Under Armour will soon be under new leadership at the very top of the athletic clothing company: Founder Kevin Plank is stepping down from his post as chief executive.

Patrik Frisk, who currently serves as Under Armour’s chief operating officer, will be taking his place starting in 2020.

Plank won’t be leaving Under Armour entirely: He’ll remain executive chairman and brand chief of the company, and retain his leadership position on the company’s board.

But his departure as CEO is truly the end of an era at the brand: Plank has held the top job at Under Armour since its founding in 1996, in his grandmother’s Washington D.C. basement during his college years.

He’s been a prominent face for the company, and hasn’t been shy about having his name in the spotlight: Plank spoke out when President Donald Trump criticized Baltimore, Under Armour’s home city, earlier this year. He also came under fire after the Wall Street Journal reported he had been asking MSNBC anchor Stephanie Ruhle for business advice.

Frisk will begin his new role on Jan. 1 of next year. Plank endorsed his appointment in a statement from the company released on Tuesday.

“As my partner during the most transformative chapter in our history, he has been exceptional in his ability to translate our brand’s vision into world-class execution by focusing on our long-term strategy and re-engineering our ecosystem through a strategic, operational and cultural transformation,” Plank said.