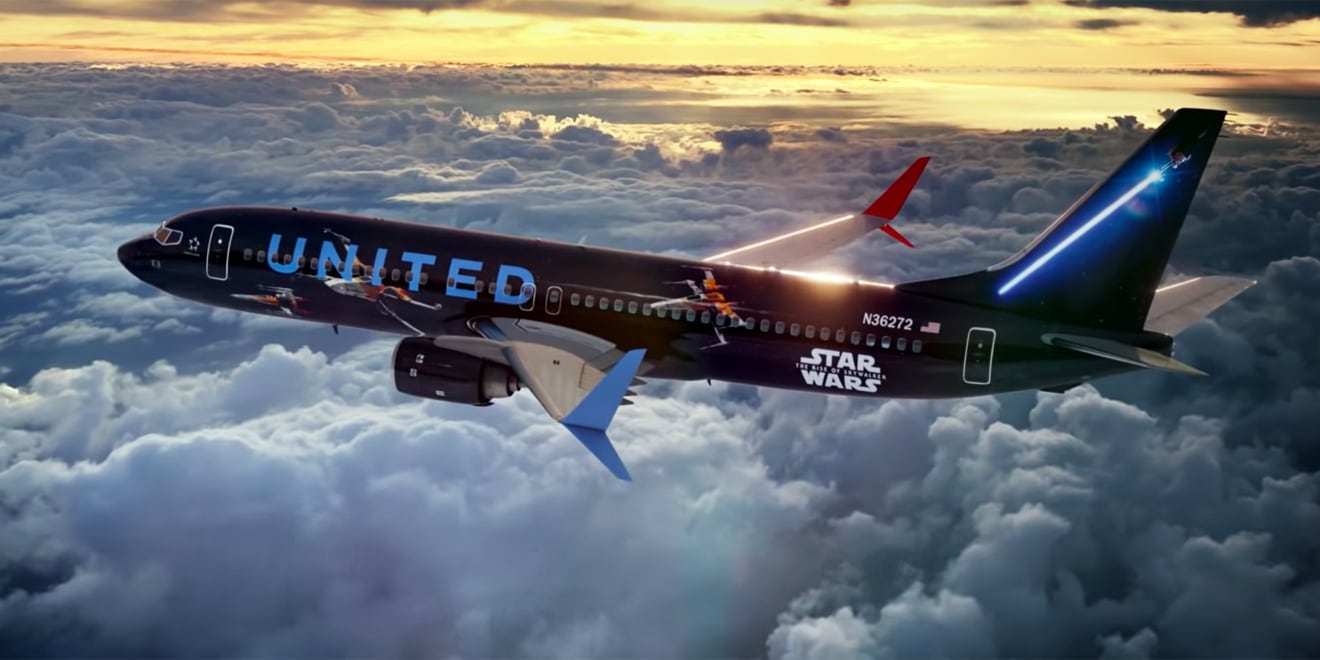 United is going all in on its Star Wars partnership, with a plane wrap and safety video. - Credit by United

While it might seem odd to be excited about a new airline safety video, there’s no denying we’ve been in a golden age of clever iterations on something that had long been a boring boilerplate exercise.

So it was with a mild thrum of expectation that we fired up United’s new Star Wars-themed safety video. Would there be a Tusken Raider hur-hur-HURRRing into the PA? Would the pilot warn about the precise calculations needed to avoid flying right through a star or bouncing too close to a supernova? Would Luke uncomfortably offer beverage service from a lactating thala-siren?

Sadly, the answer to all of the above is “no.” Instead the airline’s “Fly the Friendly Galaxy” video is a bit more grounded on Earth, where we see how Star Wars is being embraced around the world in the lead-up to Episode IX: The Rise of Skywalker, which debuts Dec. 20.

It’s certainly not a bad video, but it does feel like a missed opportunity.

For a comparison, we don’t have to look much further back than five years ago, when Air New Zealand set the bar for a movie tie-in with its safety video created in partnership with the marketing team behind The Hobbit: The Battle of the Five Armies.

Admittedly, most airline safety videos don’t go quite so far with their creativity (and production budgets). And the trend of epic safety tutorials seems to be waning in recent years, having turned more into collections of celebrity cameos.

Air New Zealand, of course, is still at it. This past August, the airline rolled out its newest video, a celebration of the All Blacks as they prepared to defend their champion title at the Rugby World Cup (where, unfortunately for Kiwis, a loss to England has left them in contention only for a bronze).