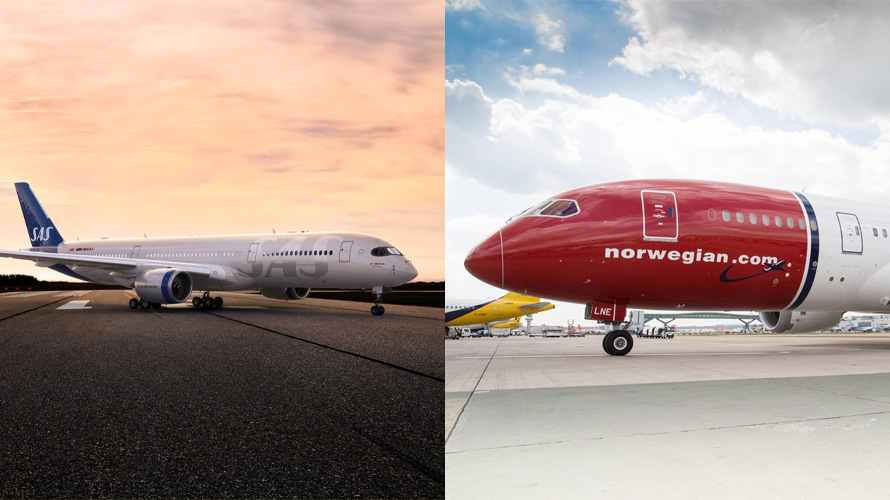 With the coronavirus continuing to devastate the travel industry, Norwegian Airlines and Scandinavian (SAS) Airlines announced today they would all but cease operations, each “temporarily” laying off about 90% of their workforce including pilots, cabin crew and maintenance teams.

“It is indeed with a heavy heart we have to temporarily lay off more than 7,300 of our colleagues, but we, unfortunately, have no choice,” said Norwegian CEO Jacob Schram in the statement. “When the world returns to normalcy, my goal is to keep as many of our dedicated colleagues as possible.”

The moves seem to be a sign of further crises still to come: According to the Center for Aviation (CAPA), a travel marketing research and intelligence firm, most international airlines in the world will be bankrupt by the end of May because of COVID-19.

The travel industry, from cruises to hotels, has been decimated by the spread of the coronavirus, but airlines have been hit particularly hard because aviation is already a high fixed-cost industry.

“Forward bookings are far outweighed by cancellations, and each time there is a new government recommendation it is to discourage flying,” said CAPA in a statement. “Demand is drying up in ways that are completely unprecedented. Normality is not yet on the horizon.”

Both Ryanair and Lufthansa, two of the largest airlines in Europe, have made announcements concerning cuts to their operations. Lufthansa will scale down its long-haul flights by 90%, as well as 80% of its intra-Europe routes. Ryanair plans to reduce seat capacity by 80% and did not rule out a full grounding of its fleet.

Virgin Atlantic, partially owned by billionaire Richard Branson, has asked its employees to expect eight weeks of unpaid leave as it reduces flights by 80%. The company has already had to postpone the launch of its new cruise line, Virgin Voyages.

“It’s a crisis-prone industry; it’s on the front lines of what’s happening in the world,” said aviation expert Seth Kaplan about the impact on airlines. “It’s a high fixed-cost industry that’s labor intensive. You’ve got big, expensive airplanes that you’re paying for even when they’re not flying.”

With a ban on travel between the United States and Europe, most major U.S. airlines had already made deep cuts to their routes and capacity. While they haven’t yet seen the same number of layoffs as in Europe, it could be all but inevitable without the assurance of a bailout from the federal government. Drastic measures are being taken to prevent layoffs: Delta’s CEO Ed Bastian announced that he would forego his salary for six months to try to avoid laying people off.

A new report from The Wall Street Journal suggests that U.S. airline CEOs are seeking $50 billion in financial assistance, three times larger than the amount given after the Sept. 11 terror attacks that cost the industry about $34 billion, adjusted for inflation.

The airlines’ own trade group, the International Air Transport Association, predicts losses associated with the coronavirus to exceed between $63 billion and $113 billion.