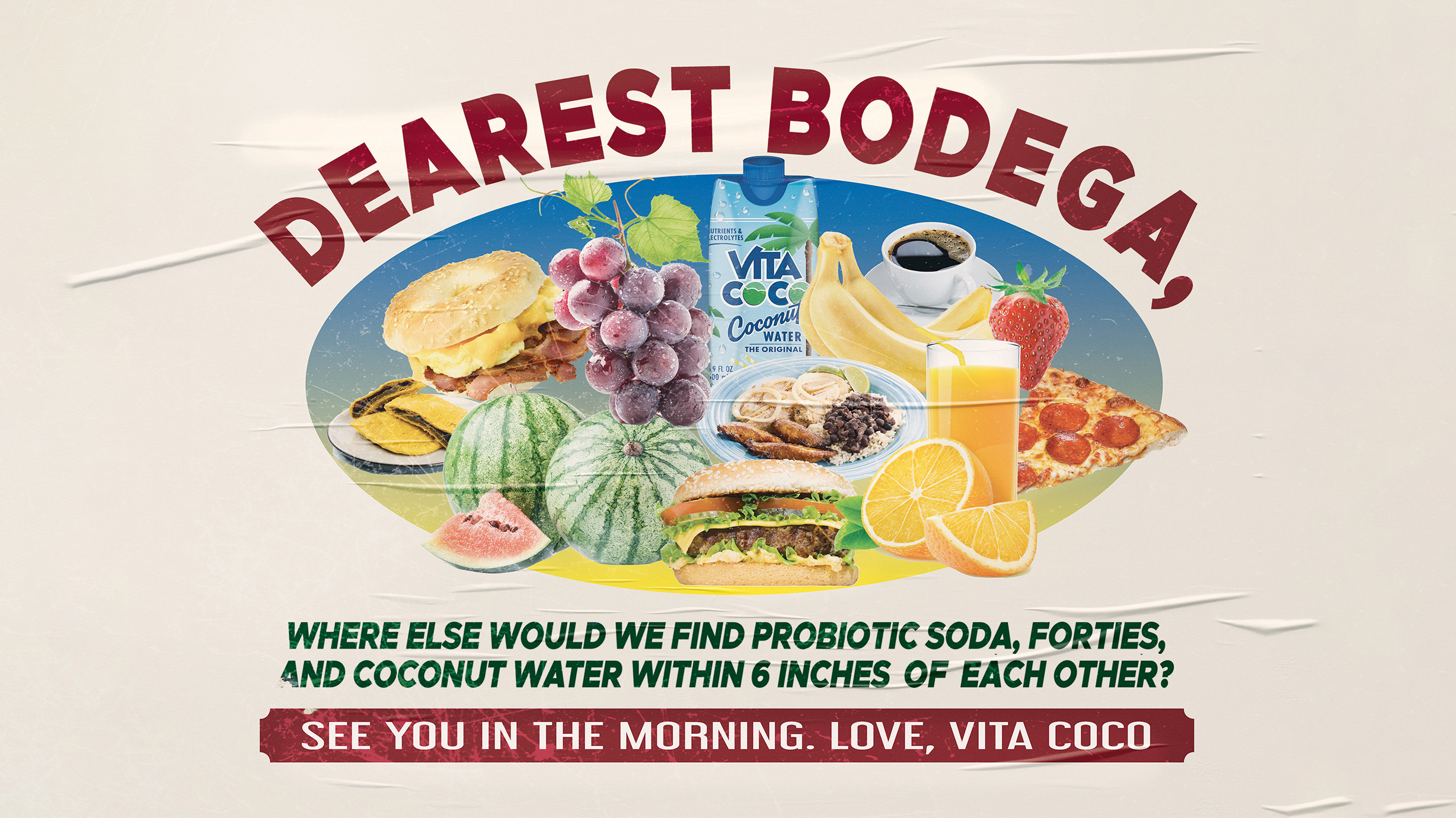 NYC-born beverage brand Vita Coco is expressing its love and gratitude for the city's bodegas. - Credit by Vita Coco

Several months into the coronavirus pandemic, businesses are still shuttered, towns are still partially locked down and though thousands of people have recovered, many more are still becoming critically ill.

New York City, one of the U.S. cities severely impacted by Covid-19, is not “back to normal” yet, and while bodegas are considered as emblematic of New York City symbols such as a yellow cab or the Empire State Building, owners are still struggling to keep bodegas afloat amid the health crisis due to significantly less foot traffic in the city. 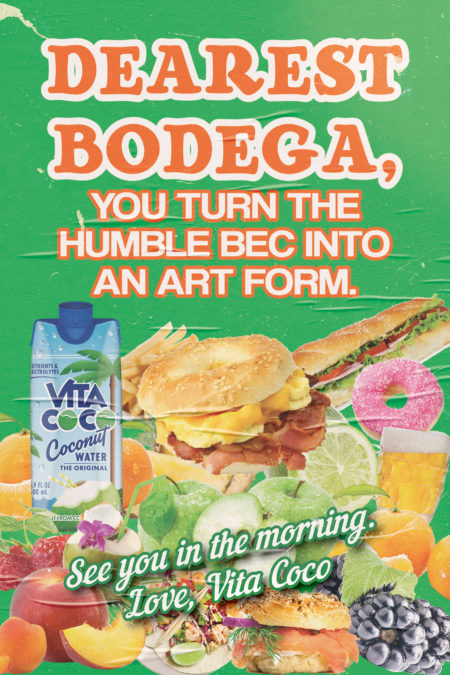 Vita Coco
Vita Coco, the coconut water brand that was founded in New York City in 2004 by Michael Kirban and Ira Liran, has been benefiting from consumers stocking up on healthy pantry items. Allison Finazzo, senior brand director at Vita Coco, told Adweek the company felt “uneasy” watching their sales grow when so many other business owners—particularly bodega owners—were hurting.

When they first started Vita Coco, Kirban and Liran would strap on their rollerblades to sell coconut water to bodega owners, so the two still consider bodegas to be unequivocally intrinsic to the brand’s amplification. Because of that, Vita Coco decided to pivot the media from a summer campaign to shed light on why it loves bodegas and why it will be there to support them when the tide turns, Finazzo said.

For instance, the brand is supporting one Brooklyn-based bodega owned by immigrants from Panama and the Dominican Republic. The bodega had to close its doors for three weeks for safety reasons until the owners could rearrange their layout and build makeshift shields with plastic tarp at the register and deli. The business didn’t qualify for Covid-19 relief, forcing the owners to pay for those changes out of their own pocket.

From June to mid-July, Vita Coco plans to fill the city with love letters to bodegas with large posters in high-traffic areas and on phone kiosks in more than 250 out-of-home advertising locations.

Designed by agency Interesting Development, the visuals for the “Love Letters to Bodegas” campaign “emulate the original, idiosyncratic look of the bodega and serve as a thank you to bodegas for keeping the stores open and shelves stocked amid the pandemic,” according to a statement from Vita Coco.

A spokesperson at Vita Coco said the team will be going door to door to bodegas throughout the city, equipped with product and posters, to extend the reach of the campaign and to build more relationships with bodega owners.

Vita Coco, which gained notoriety for its “piss jar” stunt that went viral last year, is still led by its founders. According to Finazzo, the ability to not have “tons of red tape and bureaucracy” and a small team has enabled them to get together and quickly decide to do different, special and sometimes shocking campaigns.

“The team came up with this campaign that felt right for our business, for the city of New York and right for the tone that we want to put into the world for our consumers,” Finazzo said. 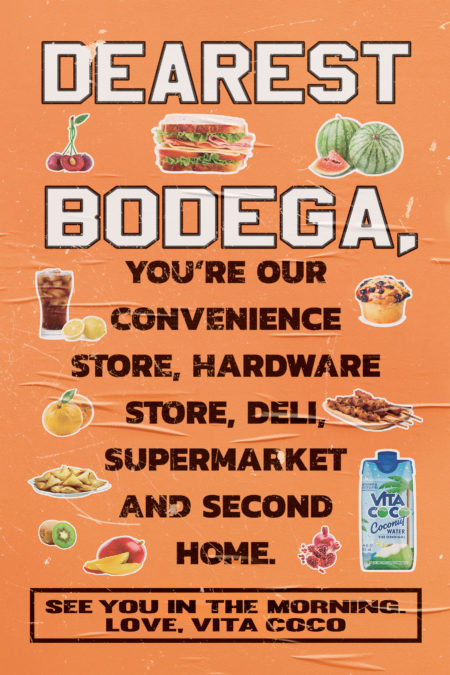 Vita Coco
Vita Coco has also partnered with My Bodega Online, a new delivery app, to celebrate and support bodegas and their community customers. Since May 22, Vita Coco and My Bodega Online employees have purchased and delivered “essential NYC breakfasts”—which consist of breakfast sandwiches made at local bodegas and cartons of Vita Coco Coconut Water—to healthcare workers throughout hospitals in Queens, the Bronx, Brooklyn and Manhattan.

The brand partners aim to have 5,000 breakfasts delivered by June 12.

“We’re happy to see Vita Coco step up for their bodega community and essential workers, and we’re proud to help connect them to our bodega network and support hospitals around the city,” said José Bello, founder and CEO of My Bodega Online. My Bodega Online is a free app that lets New Yorkers order groceries and food from their neighborhood bodegas for pickup or delivery. The app has not taken commission from bodegas during the Covid-19 crisis.

Vita Coco has also made a $1 million donation to Feeding America and No Kid Hungry to support families, children and seniors in the most vulnerable communities affected by the pandemic, and has donated over 500,000 units of Vita Coco Coconut Water to various initiatives.