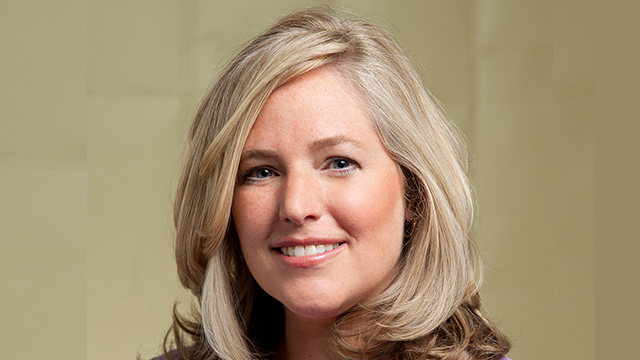 Barbara Messing will be leaving Walmart.

Walmart is bidding adieu to its CMO.

Barbara Messing, who has held the top marketing job at Walmart since August of last year, is leaving her post to “return to the Bay Area with her family,” according to an internal memo announcing her departure. Her last day will be August 30.

“During her time at Walmart, she’s led both memorable and effective creative campaigns that reached our customers in new and unexpected ways,” wrote Janey Whiteside, chief customer officer, in the memo. “She’s been an advocate for our customers, encouraging our teams to think differently about how to reach them outside of traditional advertising avenues to truly tell one holistic Walmart story.”

No official replacement has yet been announced, and in the memo, Whiteside said that Walmart is actively searching for a new CMO and senior vice president of retail marketing. In the meantime, Michael Francis, the former CMO of Target and DreamWorks, will be stepping into the position in the interim. Francis has consulted for Walmart since 2015 and will be working with the retail marketing team full time until a replacement is announced.

Before Messing was Walmart’s top marketer, she held the same position at TripAdvisor for seven years. She’s leaving Walmart at a time of growth for the company. It’s seen U.S. same-store sales grow 2.8% and ecommerce sales grew 37%, according to an earnings statement from Walmart.

Messing was Walmart’s third CMO in four years. She succeeded Tony Rogers last year after he left to head up marketing at Sam’s Club, the Walmart-owned members-only club store. Rogers was appointed in 2016 after Stephen Quinn, who held the position for nearly a decade, announced his own pending departure. Bringing Francis on isn’t exactly a new move for Walmart—the mega-retailer did the same in 2016 after Quinn left Walmart before Rogers joined.

The move comes at a time of change for Walmart’s marketing department. The memo also announced the creation of a retail marketing team within marketing, with several employees joining that team, including David Echegoyen, who will oversee marketing for grocery, pickup and delivery, services and digital acceleration; Brittney Duke, who will be vp, general merchandise marketing; Ciara Anfield, who has been promoted to vp of consumables marketing; Karissa Price, the vp who will manage health and wellness marketing; and Alvis Washington, the vp of store experience marketing.