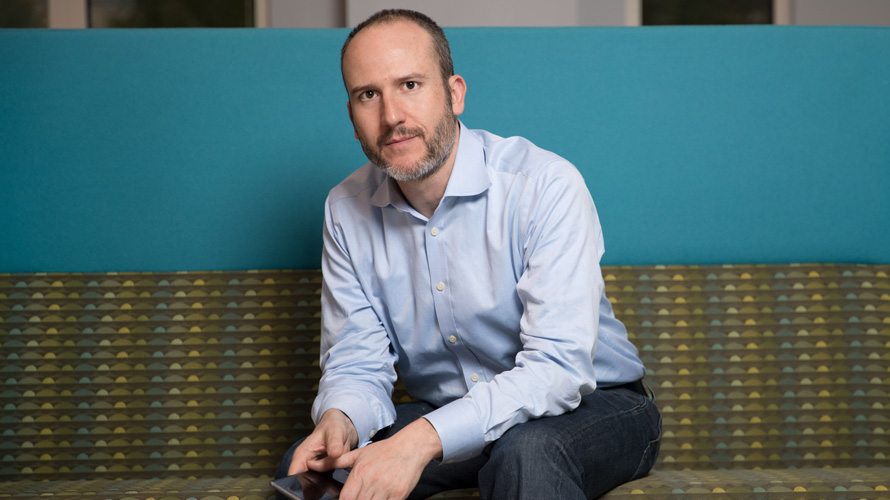 Roger Solé arrives at WeWork after five years as the top marketer at Sprint. WeWork

Solé was most recently CMO for Sprint, which finalized its merger with T-Mobile on April 1. He announced his departure from the telecom Sunday over Twitter and LinkedIn following five years as its top marketer.

Prior to Solé’s appointment to CMO, he served as Sprint’s president for Puerto Rico and head of Hispanic advertising.

“When I first met Roger, I was captivated by his innate ability to connect customer desires with business needs,” said WeWork CEO Sandeep Mathrani in a statement, adding that the WeWork leadership team remains committed to “change the future of work and transform our business.”

Since WeWork’s failed IPO last fall, the company has seen several shakeups in its top leadership. CEO Adam Neumann stepped aside just after the IPO debacle, followed by the company laying off 19% of its staff. Lévy, the former CEO of Publicis Groupe, joined WeWork in November, only to quietly leave in February.

The space-as-a-service platform has been hit hard by the coronavirus pandemic, adding insult to injury for a company that was once valued at $47 billion. It’s now a story often used as a warning not to overestimate startups that score high valuations early in the game, but fail to turn that into profit—something that WeWork has yet to produce.

After the IPO set WeWork reeling last fall, it was bailed out by Japanese tech investment giant SoftBank. But the company pulled its $3 billion tender offer earlier this month, citing civil and criminal probes into WeWork and its failure to restructure a joint venture in China as well as the economic impact of the pandemic, according to Reuters.

“This will be a defining era across many industries, and WeWork is in a unique position to, once again, redefine how people work and help businesses succeed,” said Solé in a statement. “I am honored to work with this team during such a huge moment for the WeWork brand.”