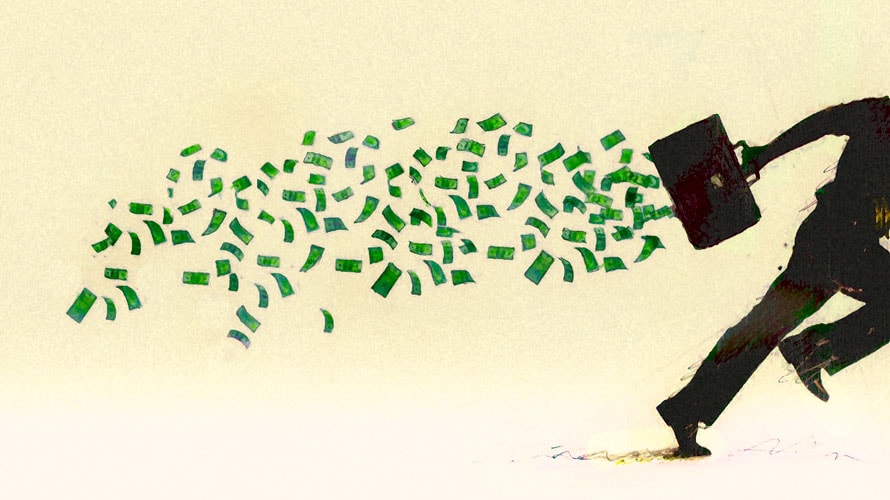 For a company like Facebook, which took in about $56 billion in revenue last year, $3 billion is a rounding error. But what does it actually mean for a company to pay out so much money? - Credit by Getty Images

Earlier this week, a California jury awarded a couple a $2 billion verdict against Monsanto, the agrochemical and agricultural giant. The couple brought a lawsuit against the company, claiming their cancer was caused due to decades of exposure to its weed killer, Roundup. Monsanto intends to appeal the judgment.

This latest mega lawsuit comes on the heels of similar behemoths being slapped by giant fines. For example, in its 2019 first quarter financial earnings statement, Facebook said it estimates the range of the fines to be levied from the Federal Trade Commission for its “user data practices” to be between $3 billion and $5 billion. For a company like Facebook, which took in about $56 billion in revenue last year, $3 billion is a rounding error. But what does it actually mean for a company to pay out so much money?

“Historically, in some cases, the judgments were so big that the companies went bankrupt, such as what happened to Texaco,” said Michael W. Robinson, chairman and CEO of Washington, D.C.-based crisis communication firm Montgomery Strategies Group, referring to how the former energy giant lost a $10 billion lawsuit to Pennzoil in 1985, causing it to file for bankruptcy two years later.

Robinson added that it’s also important to make the distinction between settlements and judgments. In a settlement, the company accepts to pay the fine and has thought through whether it has enough liquidity to do so. On the other hand, in a judgment, the company would likely appeal the decision, as is the case with Monsanto. This gives the company time to organize itself and decide which lever to use to pony up, including selling a division, laying off employees or using cash on its balance sheet, said Robinson.

“It’s not like they’re writing a $2 billion check on that day,” he said. “If they’re working through the appeals process and get a sense that things are not going well, they then create enough money to deal with it internally. It doesn’t come as a surprise and they have time to organize themselves.”

University of California, Hastings School of Law professor David Levine said that there’s a “zero chance” that $2 billion will be the final number Monsanto will pay.

“The Supreme court is very clear on limits on punitive damages, and Monsanto will file post-trial motions,” Levine said. “At the high end, they will pay $200 million.”

Levine added that while it’s true that Bayer’s market value (the company bought Monsanto for $62.5 billion last year) took an enormous hit, its scale is such that they can pay the fines. “Bayer has the resources to make that kind of purchase, it has resources to settle claims,” he said, adding that the company also probably has liability insurance, which will cover a significant amount of the claims.

Finally, several companies—such as BP—ultimately chose to settle in order to remove uncertainty.

“For a lot of companies, they’re better off making a settlement, pay and move on,” Levine said. “Bayer is paying millions to lawyers and they keep getting hit and hit on the stock price. At some point they will decide whether to settle or not. To a company like Bayer, it’s worth it to move and project profits by buying certainty.”

Victor Ricciardi, finance Professor at Goucher College, echoed the sentiment, saying said that by paying off these large fines, it eliminates risk to investors and shareholders. “Once the fine is paid, the companies know the amount and this expense is then recovered in some cases by rising prices on their customers,” he said

In addition to the financial piece, the communications aspect—letting shareholders, the public, and the government know how the fine is affecting the company—is equally as important in order to continue to run a business properly and in normal course.

According to Robinson, the company has to be able to structure its communication in a way that is not all consuming, “otherwise, you take eyes off your ball.”

“It’s about internal discipline, putting together a dedicated a team to handle the crisis, while the bulk of the company has to be focused on going forward,” he said.