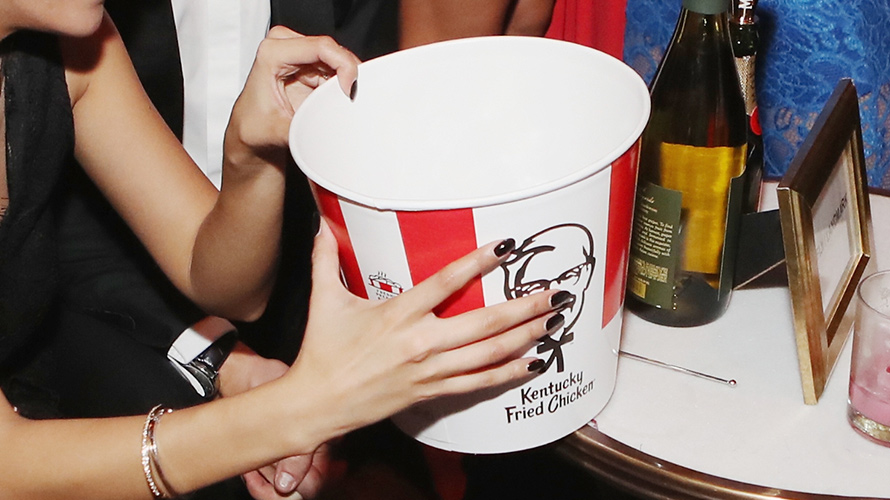 KFC ran out of chicken in the U.K. Here's what experts think that means for the brand. - Credit by Getty Images

KFC found itself in a precarious situation over the weekend when, somehow, its U.K. stores ran out of chicken. Seriously, most of its 900 locations had to temporarily shut down because there was no chicken to serve due to a snafu with a new delivery partner. (KFC recently switched over to work with DHL.)

Over half of the stores have reopened (some with limited menus and shorter hours), but many locations still remain closed and could stay that way throughout the week, per CNN.

Some people in the U.K. started to lose it when they couldn’t get their hands on some fried chicken, to the point where Tower Hamlets Police had to tell people via Twitter to stop calling them about the KFC crisis, as it is not considered a pressing police matter. Over the weekend #KFCCrisis turned into a popular hashtag on Twitter, prompting the question of whether or not this incident would create a lasting impact on the brand’s reputation.

Please do not contact us about the #KFCCrisis - it is not a police matter if your favourite eatery is not serving the menu that you desire.

Luckily, KFC has been on top of the no chicken situation and has been open with customers about what is going on and has approached all its crisis messaging in a playful manner.

“Thankfully, fried chicken is not critical to life (although some may feel otherwise) and KFC is taking a lighthearted stance on the issue,” Travis York, CEO of GYK Antler, said. “Regardless of why KFC ran out of chicken, the public’s ‘outrage’ all seem to actually promote how awesome KFC food is to them—it took deprivation to realize it.”

The brand posted a playful statement on its website over the weekend. “The chicken crossed the road, just not to our restaurants…” KFC U.K. noted online. Here’s the full statement:

“The colonel is working on it…We’ve brought a new delivery partner onboard, but they’ve had a couple of teething problems—getting fresh chicken out to 900 restaurants across the country is pretty complex! We won’t compromise on quality, so no deliveries has meant some of our restaurants are closed, and other are operating a limited menu, or shortened hours. We know that this might have inconvenienced some of you over the last few days, and disappointed you when you wanted your fried chicken fix—we’re really sorry about that. Shout out to our restaurant teams who are working flat out to get us back up and running again. Hope to see you in our restaurants soon.”

That doesn’t mean the brand hasn’t received some negative attention on social media, even if KFC was trying to approach things in a fun way online. According to social media listening and analytics technology company Digimind, 38 percent of mentions around the KFC crisis on social media in the U.K. (out of about 3,000 mentions) were negative.

“While KFC is dealing with this supply chain and internal crisis, the restaurant chain should also be focusing on what consumers are saying on social,” Paul Vivant, CEO of Digimind, explained. “KFC can come back from this fiasco, but only if they are in tune to their key audiences across media and social platforms. If they ignore what’s being said, they risk customers abandoning their loyalty when brand operations return to normal.”

KFC has been transparent about the situation both on its website and on social media, posting regular updates as it has them. In the end, it seems that the snafu may be more of a headache for the delivery company.

“This will be a short-term business problem (loss revenue) and not a long-term brand issue. DHL actually looks a lot worse in this situation and it will give others pause before awarding them delivery business,” added York.