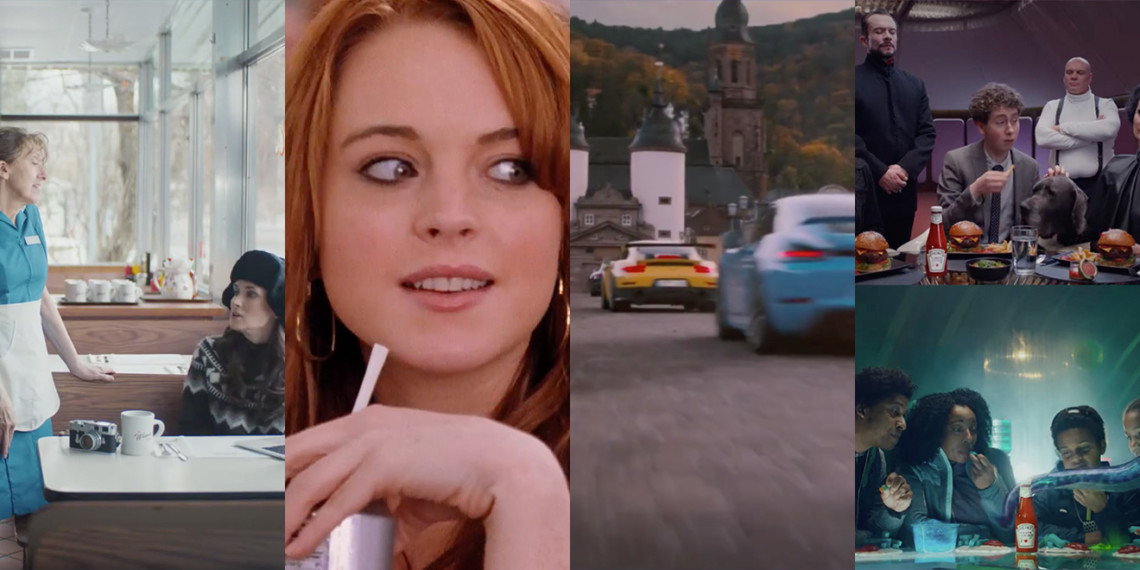 When insurance giant New York Life airs its 60-second spot between the first and second quarters of Super Bowl LIV on Sunday, it will talk about its 175th anniversary as a company that, in its own words, “helps people act on their love.” But this big birthday is actually the second notable milestone the insurance titan reached in 2020.

In airing an ad this year, New York Life has ended a hiatus from the game that stretched for three decades. The last time the insurance giant bought Super Bowl time was 1990. A gallon of gas cost $1.15. The Soviet Union still existed. Few people had heard of the internet.

By itself, the decision of one company to reenter the Super Bowl advertising fray might not be news. Except that New York Life is hardly alone. It’s one of several companies whose ads are back in the Big Game after years, even decades, of sitting on the sidelines.

There is also Porsche, returning to the game after 23 years, and Cheetos, which hasn’t had an ad in the Super Bowl for 11. SodaStream, whose last experience in the game was having its ad rejected in 2014, is back for the first time in six years. Meanwhile, Discover has ended a hiatus of five years and Heinz is back after four. All of which leads to one question: Why now?

It’s worth pointing out that not even blue-chip brands advertise every year without fail. Sitting out the game for a season or two is normal. Even the mighty Coca-Cola took a pass last year. “There is always a churn of advertisers in the Super Bowl, depending upon a variety of conditions and [a brand’s] priorities such as launching a new product or a national campaign,” said Dennis Deninger, a longtime production executive with ESPN who now teaches TV, radio and film at Syracuse University’s Newhouse School. Deninger pointed out that there were 14 advertisers in last year’s Super Bowl that had not advertised in the 2018 game.

It’s also true that many brands like to shift their advertising resources to different venues, which means they’re not so much avoiding the Super Bowl as covering other bases. “We’ve never stuck to just one marketing strategy,” said Anthony Casalena, founder and CEO of SquareSpace, which took a two-year break before returning this year.

Even so, there are several dynamics that help explain why so many prodigal brands have identified 2020 as the year of return.

Deb Gabor, founder of Sol Marketing, believes companies are awakening to the fact that expensive Super Bowl ads are better deployed not so much to advertise a product, but to launch a campaign, a new narrative or otherwise attempt to change perceptions about a company.

“Brands that are advertising are using this opportunity to leverage the Super Bowl as a place to tell a great story to millions of people, to suck them in and get them intrigued and, in many cases, keep the story going,” Gabor said.

That explains at least part of why New York Life is back after all this time. While the operative reason the company produced an ad is its anniversary, New York Life’s new campaign is also one that encourages consumers to view the brand not merely as an insurance company, but as a resource for helping people care for loved ones.

“We felt that the Super Bowl was the perfect stage to not only celebrate [our] anniversary, but to launch our new ‘Love Takes Action’ campaign… to make a powerful statement about our brand and our role in people’s lives,” said marketing vp Kari Axberg.

A platform for a new product

The desire to make a powerful new statement is also what seems to have prompted the return of Porsche, whose ads have not been seen in the Big Game since 1997. Porsche will use its time to unveil the 2020 Taycan, which isn’t just a fast, new car, it marks the luxury performance nameplate’s entry into battery-powered vehicles. That’s a major evolutionary step for Porsche, which began building its first gas-powered cars in an Austrian garage in 1948.

“This choice [to return to the Super Bowl] is really about the moment at Porsche, to mark the advent of our first electric car,” Porsche Cars North America president and CEO Klaus Zellmer told Adweek. “As we look to a new audience with the Taycan, we are embracing the opportunities this gives us to maybe be a little more adventurous.”

For other brands, 2020 felt like a good time for a big ad simply because it took that long to have something big enough to advertise. Cheetos first hit supermarket shelves right after World War II, so there’s nothing especially new about the snack. But as Frito-Lay’s svp of core brands Marissa Solis explained, “We’ve seen this resurgence [over the past decade] of love for the brand, driven by culture.”

Specifically, Frito-Lay became aware of how much consumers on social media were talking, with affection, about that sticky orange dust that remains on the fingertips of people who eat Cheetos. That led the company to coin a name for the dust—“Cheetle”—then put the stuff onto a new popcorn product. And since nobody who has that dust on their fingertips can touch anything, a call to MC Hammer—the man behind the 1990 hit “U Can’t Touch This”—was only logical. With that deal secured, the only place to go was the Super bowl.

“It’s such an amazing product, we felt it deserved a big stage,” Solis said. “We couldn’t think of a better way to launch it. There’s no better time.”

The United States of anxiety

At the risk of ruining the Super Bowl party, there seems to be one other reason some brands have identified 2020 as a good time to get back in the game: Many Americans are in the mood for distractions and comforting messages right now. News of a cooling economy, a coronavirus, a very divisive election fast approaching—all of these have set consumers on edge. And a heartwarming or funny ad, brief as it might be, “is a bit of a tonic to the rest of what’s happening in the news cycle,” said Tim Galles, chief idea officer for brand consultancy Barkley. “So, certain brands I could imagine wanting to draft off that.”

One of those is Heinz, which hasn’t advertised in the Super Bowl since its “Weiner Stampede” spot of 2016. Much like Porsche and Cheetos, Heinz’s operative reason for advertising is to unveil a new product—HoneyRacha sauce, in this case. But brand building lead Dalia Adler explained that these uncertain times felt right to talk about a comfort food.

“Heinz is a staple of reassurance,” Adler said. “It’s a brand you can always count on to add a bit of goodness to make any situation, big or small, better. And in a world that is more pessimistic than ever, 2020 felt like the perfect time.”