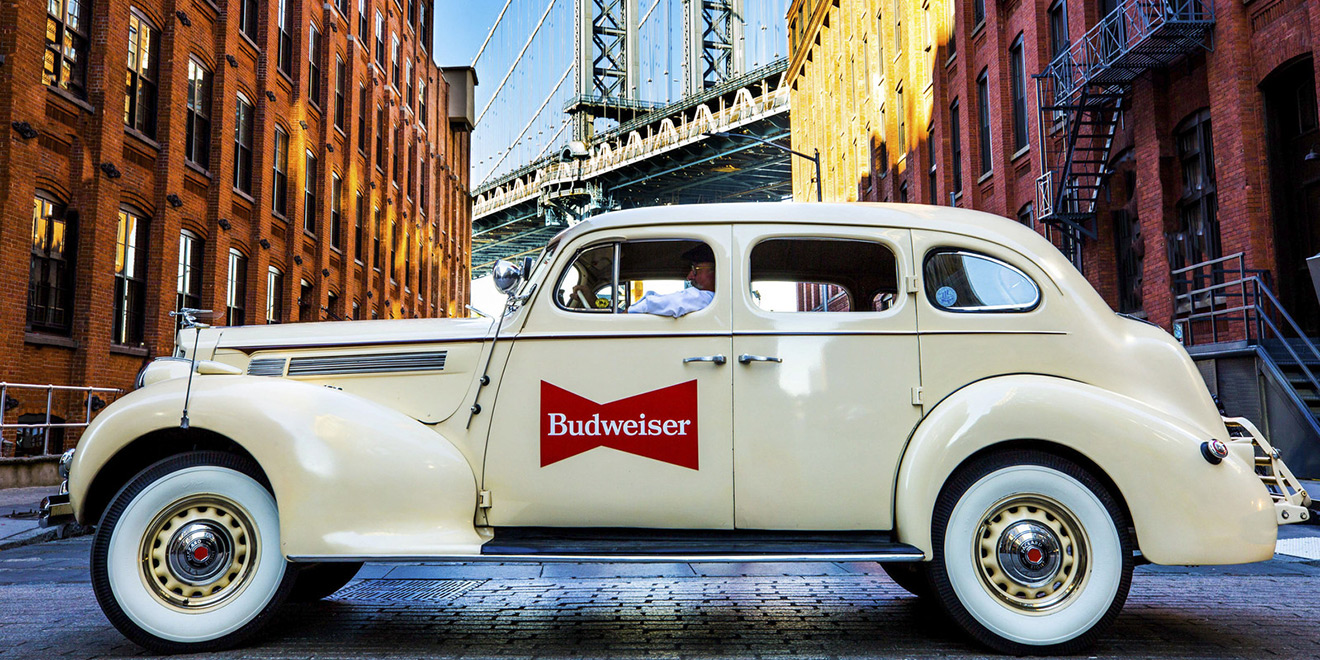 The classic cars will be roaming around NYC on Wednesday. - Credit by Courtesy of Budweiser

A fleet of vintage 1930s cars with Budweiser logos will be buzzing around New York this Wednesday.

To promote the beer—purportedly developed from an Adolphus Busch recipe shared with friends and the local St. Louis community before having its wide production halted by Prohibition—Budweiser teamed up with Lyft. The brands have worked together for two years on Budweiser’s “Give a Damn” responsible drinking program. This promotion, dubbed “Bud Vintage Mode,” will extend the partnership. The activation offers New York City Lyft customers a ride straight out of the 1930s, via the aforementioned fleet of classic cars.

“When Budweiser told us they wanted to offer a fleet of vintage cars to launch Repeal Reserve, we knew Lyft was the perfect option to celebrate the new recipe in a stylish and unexpected way,” Lyft vp of marketing Melissa Waters said in a statement. “We encourage everyone to make the right choice to drink responsibly and keep our roads safe, and that’s why we continue to team up with Budweiser, a brand that shares the same commitment.”

The national campaign promoting the limited-time offer include 30- and 15-second broadcast spots from VaynerMedia.

The 30-second spot shows a young drinker knocking on a door in a back alley to enter a facsimile of a speakeasy where they’re pouring Budweiser 1933 Repeal Reserve, of course.

VaynerMedia also developed digital media for the campaign, which also includes a social media activation. Budweiser is also teaming up with alcohol ecommerce platform Drizly to offer consumers a chance to try the new brew with $5 off their first purchase.