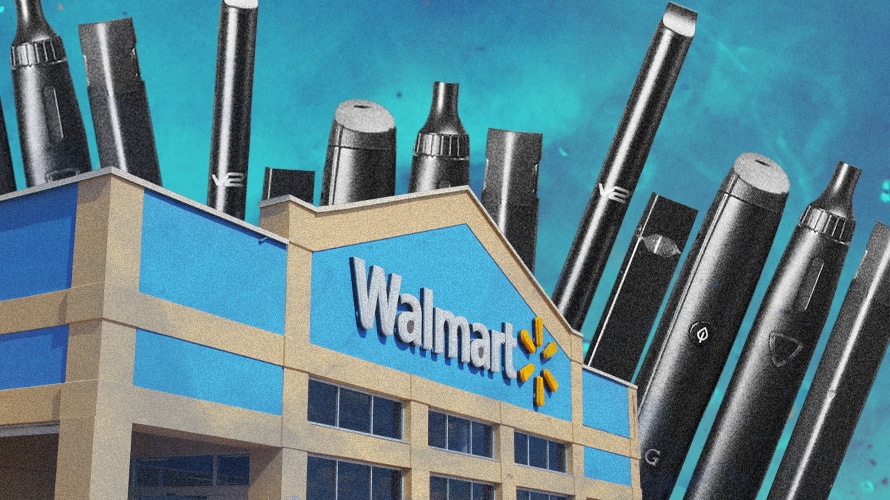 Walmart took a stance Friday, confirming it will stop selling e-cigarettes and other vaping products. The move comes in the wake of a public health crisis that has made headlines, with reports of extensive lung damage in some users and unknown long-term health effects, coupled with a rise in use by young consumers and potentially deceptive marketing practices by manufacturers.

In an email, a Walmart spokesperson cited “the growing federal, state and local regulatory complexity and uncertainty regarding e-cigarettes,” but did not respond to subsequent questions.

Like Walmart’s recent policy change on banning certain types of guns and ammunition, it will “complete [its] exit after selling through current inventory.”

Walmart’s share of the market was not immediately clear, but data from market research firm Euromonitor shows the business of e-vapor products in the U.S. has grown from $1.1 billion in 2013 to $6.8 billion in 2018.

“The gun issue is highly charged and is unfortunately a long-running issue in terms of public safety,” Ross said. “The e-cig issue is relatively recent [and] not nearly as controversial.”

That’s because it’s unlikely there are any e-cigarette lobbying groups on par with gun lobbyists that may raise issues with Walmart, Ross said.

Retail analyst Bruce Winder agreed e-cigarettes do not have the political baggage of guns and ammunition. Instead, an e-cig ban reinforces Walmart’s role in protecting America’s youth, so the risk of alienating customers is low.

“Walmart’s core customer is families, and this move reinforces that they are putting families before profits,” Winder added.

But it may also be a case of Walmart protecting its own interests.

“A skeptical view of this might also [be to] see this more as a risk mitigation issue versus a ‘doing good in the world’-issue,” Ross added. “Selling a product that, based on recent public information, appears to be potentially dangerous or life-threatening to some could create potential liability issues.”

That’s why, regardless of revenue, the risk-reward equation may be clearer for Walmart on e-cigarettes than guns.

Plus, Winder said, the loss of sales is insignificant compared to the public perception of supporting a harmful product.

“I can’t see many customers being upset with this decision,” he added.

That may also be at least in part why elected officials are so vocal on the issue and laws are changing in states including New York, Michigan and California.

Even the federal government has weighed in. In a new National Youth Tobacco survey, Department of Health and Human Services Secretary Alex Azar said the U.S. has 5 million underage e-cigarette users, who are drawn to flavored products in particular. That’s why the Food and Drug Administration plans to remove all flavors other than tobacco from the market.

In a statement following this White House announcement on Sept. 11, e-cigarette company Juul said, “We strongly agree with the need for aggressive category-wide action on flavored products. We will fully comply with the final FDA policy when effective.”

E-vapor business Fontem Ventures, which manufactures e-cigarette brand Blu, on the other hand, said it believes there could be unintended consequences: “These include deterring adult smokers from trying vaping, potentially encouraging adult vapers to return to smoking, growth in DIY or illicit flavor-making, and the potential development of an illicit trade in flavored e-liquids or flavor agents.”

When rapid consumer adoption might be a bad thing

In other product categories, a rapid rise in consumption is usually something for marketers to celebrate. According to Ned Sharpless, acting commissioner of the Food and Drug Administration, however, the e-cigarette industry’s success is a result of “irresponsible practices of the manufacturers, who have targeted kids.”

In fact, he said the FDA has issued more than 40 letters to companies marketing e-liquids with labeling that mimics food products that appeal to children, such as juice boxes, candy, cookies and cereal.

Meanwhile, the FDA is scrambling to regulate this rapidly evolving class of tobacco products, and Sharpless admitted its policies and procedures are still trying to keep up.

“This ongoing work includes investing in more science to address the unanswered questions about [electronic nicotine delivery systems (ENDS)], developing guidance and regulations, educating the industry and the public, and aggressively enforcing the law—all of which have had a wide-ranging impact on the manufacturing, marketing and selling of ENDS,” he said.

Walmart and elected officials are also likely wary of e-cigarettes because, unlike cigarettes, no one actually knows what happens to smokers of these devices over time.

“We do not yet know how dangerous these products are when used over the long term,” Sharpless said. “With further research, we will come to understand the toxicities of ENDS, as well as their possible value to reduce combustible cigarette use, and these features will ultimately dictate their long-term impact on the public health.”

What’s next for e-cigarette brands?

Regardless, none of these developments are particularly good news for e-cigarette companies. And it’s unclear what comes next for them, other than appealing to adults as a smoking alternative.

“It is important to many adult tobacco consumers that they shop with retailers they trust when looking for alternatives to cigarettes,” a spokesperson for e-cigarette brand Vuse wrote in an email. “Therefore, we are disappointed to see a retailer halt sales of e-cigarettes, especially Vuse, which can be lawfully sold to adult consumers.”

A representative for Blu also noted disappointment in Walmart’s decision because the product is for adults. The statement also noted while reports of respiratory illnesses and death are concerning, the CDC and FDA are exploring potential links to “e-liquids that contain THC, vitamin E acetate and other oils,” which Blu does not contain.

“We hope that Walmart and other retailers will consider the opportunity that [electronic vaping products] provide to adult smokers who make the personal choice to use something other than a combustible product and reconsider their decision.”

Some, like vaporizer brand Pax, have even addressed public health issues.

In a statement, Pax noted it has “designed and built products that are safe for enjoyment by our friends and families,” and that it is “extremely saddened” by recent lung illnesses attributed to illicit vape products and “deeply concerned about the health of those affected.” But Pax was also quick to distance itself from any problems, noting none of its products have been involved in illnesses either.

Last year, vape pen manufacturer KandyPens wrote a blog post recognizing the need to protect youths from certain products, but was also eager to separate itself from brands with nicotine.

“All KandyPens’ products are sold empty—without any liquid, e-juice or concentrate—and are for aromatherapy purposes only,” the blog post said.

In an email to Adweek following the Walmart news, a media rep reinforced that aromatherapy-only messaging: “WE DONT MAKE E-CIGARETTES, WE DONT MAKE E-LIQUIDS, WE DONT MAKE/SELL ANYTHING WITH NICOTINE … YOU’RE BARKING UP THE WRONG TREE.” (Emphasis, KandyPens.)

“They should be freaking out as their industry is crumbling,” Winder said of e-cigarette brands overall.

His advice: Stop selling products until medical experts find out what is harming users of vaping products.

“This will protect their brand image as a responsible company. The worst thing they can do now is put their heads in the sand and keep selling them for fear of short-term sales and profit loss,” Winder added. “It is not good enough to just say that we do not design our products for youth and to keep selling them. The reality is that youth are consuming these products either way.”

Once the CDC figures out what is harming e-cigarette users, brands can change the product and image to target adult smokers looking to quit, as Blu noted in its response to the FDA ban.

That’s how the category should have been marketed in the first place, Winder added.