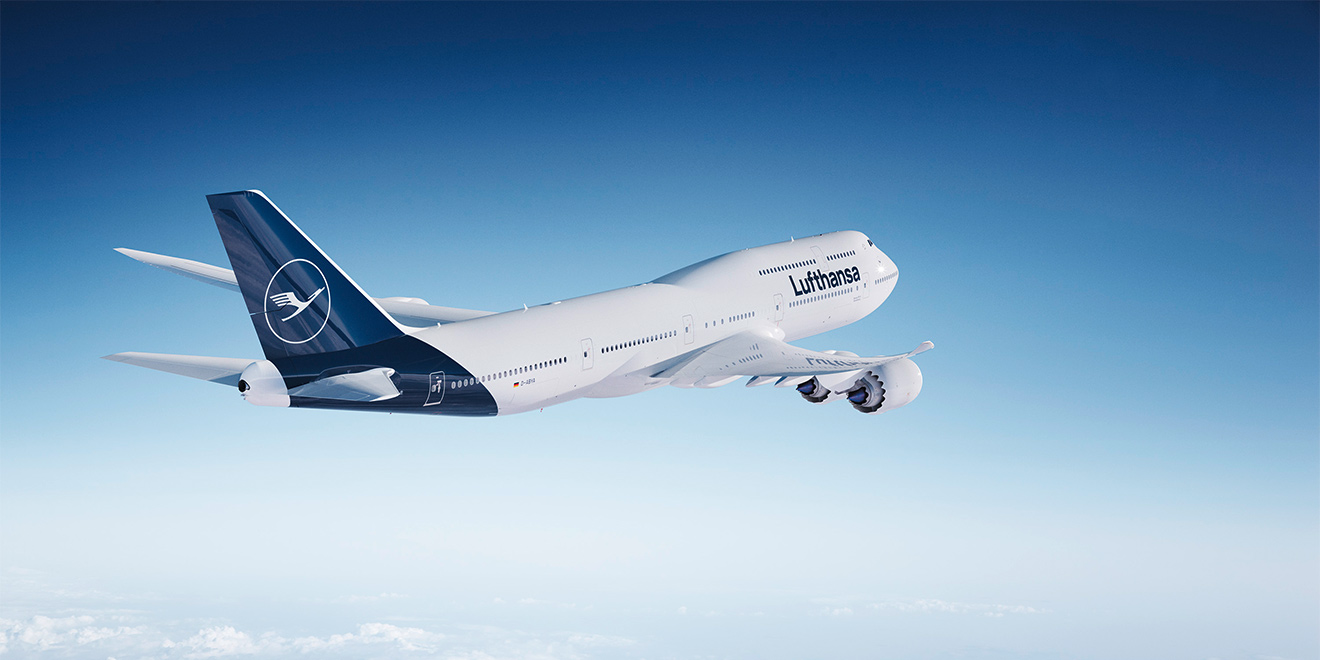 All 300-plus jets in the fleet will eventually sport this new look. - Credit by Lufthansa

Earlier this week, executives at German national carrier Lufthansa took the wraps off what it calls a “modernized brand image”—two planes sporting a new look (one that will gradually be extended to all 330 jets in its fleet) that replaces the livery that’s been flying around since 1989.

As Lufthansa explained in a corporate statement, “The company needed to modernize the aircraft appearance in order to remain up to date.”

Thirty years is a long time for any brand to go without an update, so a visual reworking was probably inevitable. But while the changes are obvious to anyone who looks closely enough, the reasons behind them are far less so.

At a time when every brand is looking for ways to do business digitally, there’s a related challenge that gets far less attention—the importance of simply looking more digital. And that, it seems, is much of what Lufthansa’s trying to accomplish.

“Since 1989, a lot of things have changed, particularly in the digital space,” the carrier’s vp of marketing Alexander Schlaubitz explained in a video released by the company. (A Lufthansa spokesperson was not immediately available for comment for this story.)

“A lot of the things that had been designed from a brand perspective at the time were quite static, and that was OK,” Schlaubitz said. “But since then, the world has become incredibly dynamic and incredibly agile.”

Most visible are the changes Lufthansa is making on the outside of its planes: a bolder stripe for the vertical stabilizer, the removal of the brand’s trademark yellow from the fuselage and a reworking of the airline’s famous crane insignia, originally created by Berlin graphic designer Otto Firle in 1918. Elsewhere in the carrier’s revenue spaces, designers also reworked hundreds of features including tickets, signage and uniform accessories.

In the rear of the fuselage, Lufthansa designers have extended the line of the tail fin’s leading edge down into the tapered aft section of the plane’s body, creating a “blue wedge” that dominates the entire tail portion. The airline has also darkened its signature shade of blue to better set it off against the predominantly white body of the jet, making it “clear and impressive,” according to the company.

Regular flyers may also notice that, with the exception of a tiny welcome panel beside the door furthest forward, there is no longer any yellow on the jets’ exterior. The previous design superimposed the Lufthansa crane on a yellow background. Now, that background is dark blue, and the bird is white like the rest of the fuselage.

Indeed, the crane itself has been redrawn with thinner lines to make it “slimmer and fit for the digital world,” and by reducing the thickness of the ring that encircles the bird, designers gave the crane more space and an overall “lightness and elegance,” in the company’s view.

The tweaks to the bird are not likely to be noticed by the flying public—indeed, they were made principally to help the crane show up better on small digital screens—but the loss of the yellow color is striking. As Schlaubitz explained that Lufthansa had “two colors that [were] equally weighted: blue and yellow.” The competing colors made it “very difficult for customers to actually understand what Lufthansa stands for. We decided that we needed to take a hard look at that.”

Ultimately, the carrier’s executives decided to strip the yellow off the exterior and redeploy it in the aircraft cabins and other revenue areas. Boarding passes and baggage check signs will be yellow, for example, as will the neckerchiefs worn by the female flight attendants.

It was the influential graphic designer Otl Aicher who first added the golden hue to Lufthansa’s planes in the 1960s, and “Lufthansa Yellow,” along with the crane and the lowercase Helvetica font used for the carrier’s name, joined the profiles of other heritage long-haul carriers like TWA and Pan Am to become classic liveries of the jet age.

But once a logo achieves legendary status, the invariable result is that when corporate makes even small tweaks, some consumers object. For example, when American Airlines reworked its logo in 2013, retiring Massimo Vignelli’s “Silver Bird” livery from 1967, one critic accused the carrier of decapitating its eagle.

The controversy isn’t as acute this time, but it’s there. In particular, it’s the vanished yellow that seems to have raised the most eyebrows. Though admittedly, plenty of plane spotters applauded the new livery—“It’s fresh,” said one fan on Twitter; “absolutely stunning,” said another—others mourned the loss of gold on the tail.

“I don’t understand your new livery, Lufthansa,” tweeted one critic. “A little pop of color would have made the livery fun.” Said another: “Need more #Lufthansayellow back!”

For its part, the company admitted—in its press release, no less—that “some people missed the traditional yellow tone.” 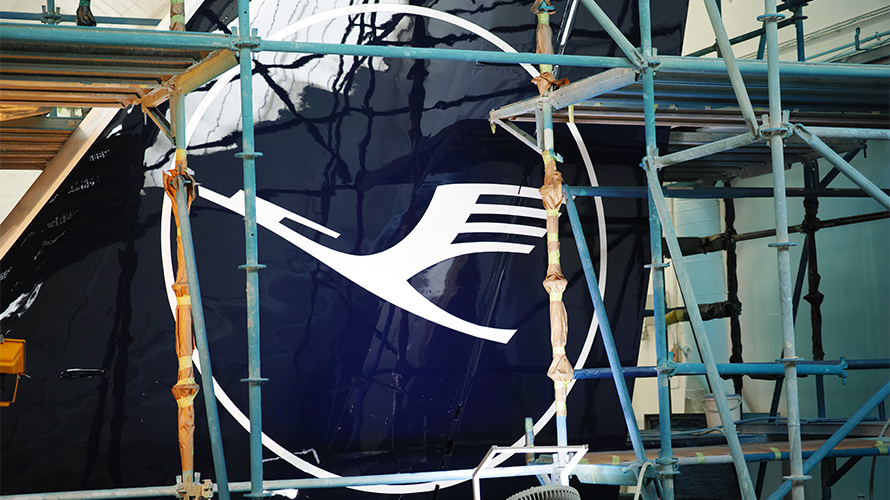 Simon Thorneycroft, founder and CEO of Perspective Branding, understands why some people would rather Lufthansa not changed anything. Overall, he said, “I find it a little bit bland as a refresh.”

Yet, at the same time, he applauds the restraint the carrier showed in retaining and accentuating the strongest features of its visual identity—”Why always assume you have to have something supremely game-changing to keep it relevant?” he said—in particular, the deepening of the blue and refining the crane’s lines. He also approves of the expanded role for Lufthansa Yellow in other passenger-facing areas—for the most part.

“I like the idea that they’re using their yellow a bit more thoughtfully, as a highlight,” he said. “It’s sort of more jewel-like. They made it more special. But I do miss it from the plane. The dark blue says ‘Mercedes Benz’ to me. It looks so serious and technical, and I do miss the [old yellow and blue] combination. That yellow … why not just have the tips of the wings? Just that little special touch? I think that’s why I miss it.”