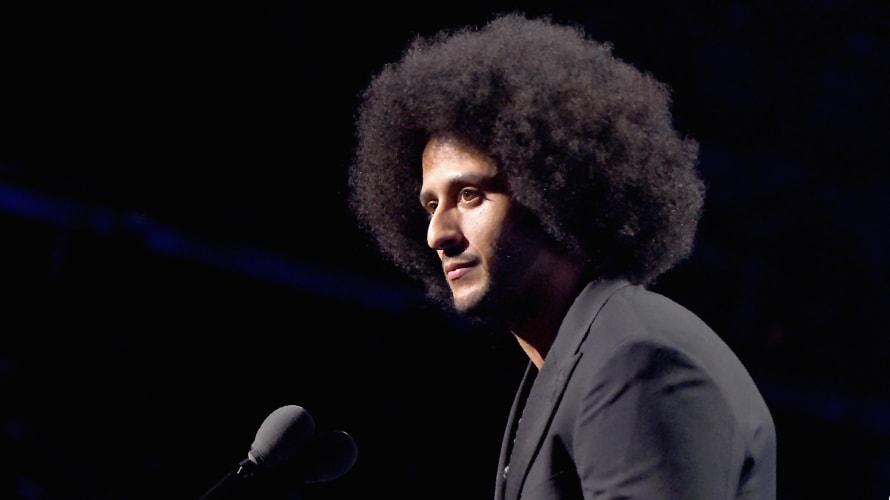 Colin Kaepernick is one of many athletes featured in Nike's 30th anniversary celebration of the "Just Do It" campaign. Getty Images

While those lucky enough to be off on Labor Day across the country sat in airport terminals, in traffic or waited on train platforms, Nike quietly dropped one of its biggest ads of the year—or perhaps, of the past 30 years.

“‘Believe in something, even if it means sacrificing everything’ is as good as it gets for brand slogans, and it couldn’t come from a more fitting and relevant athlete,” noted Chris Allieri, principal at New York-based communications and marketing consultancy Mulberry & Astor. “Their intention is to be timely and likely to do the right thing. Sometimes that outweighs any potential brand fallout.”

Kaepernick's suit against the NFL argues just that: since he engaged in a protest fueled by his beliefs, a halt was put on his football career.

The timing of the ad, of course, is somewhat poignant, as Kaepernick is currently suing the NFL for allegedly pushing him out of the league and systemically preventing him from signing with a new team. Kaepernick is arguing that this move is a punishment for the on-field protests against police brutality, which he first began in 2016. The Nike ad makes a direct nod to Kaepernick’s ongoing legal battle with the words “Believe in something. Even if it means sacrificing everything.” printed across the black-and-white headshot of the athlete. Kaepernick’s suit against the NFL argues just that: since he engaged in a protest fueled by his beliefs, a halt was put on his football career.

Those protests of police brutality began at the start of the 2016 season, when Kaepernick sat—rather than standing, as is traditionally done—as the Star-Spangled Banner was played ahead of a preseason game. Following the game, Kaepernick explained his decision, saying, “I am not going to stand up to show pride in a flag for a country that oppresses black people and people of color. To me, this is bigger than football and it would be selfish on my part to look the other way.” Later on in games during that season, he kneeled as the national anthem was played. As the season went on, other players started to join him. Even in 2017, when Kaepernick became a free agent, more and more players kneeled for the national anthem, and the move caused controversy throughout the NFL, from the top levels of its leadership to its sprawling national fanbase.

Just as Kaepernick’s protests garnered a mixture of attention, praise and blowback, Nike’s ad received much of the same. On social media, some users shared videos of themselves burning Nike shoes or cutting the Nike logo off their socks in response.

But any backlash is likely worth it. Allen Adamson, co-founder of marketing consulting firm Metaforce, said that in today’s world, a brand must take a stand—even if it means alienating some of its customers—in order to not only to remain relevant but to capture consumers’ attention. “Brands that try to please everybody become invisible in today’s marketplace,” he said. Backlash, he said, is inevitable, no matter what you do. “No matter what you stand for, you’re going to ruffle feathers and upset users. Some consumers will disappear, but others will become even more passionate. It’s better to have people passionate one way or the other than people ignoring you.”

Brian Salzman, founder and CEO of relationship marketing agency RQ, agreed. He said that the ad made a moment for Nike, calling it an “epic example of brands creating culture.” He added that “just like people, brands have to have a purpose and soul—and this is what Nike continues to do.” Having this consciousness often further endears people to the brands they already love and can introduce them to new ones, too.

"They're a huge global voice in sports, and a statement from them has the power to influence culture at a time when so many others are trying to play both sides."
—Michelle Lee, editor-in-chief, Allure
@dianapearl_ diana.pearl@adweek.com Diana is the deputy brands editor at Adweek and managing editor of Brandweek.