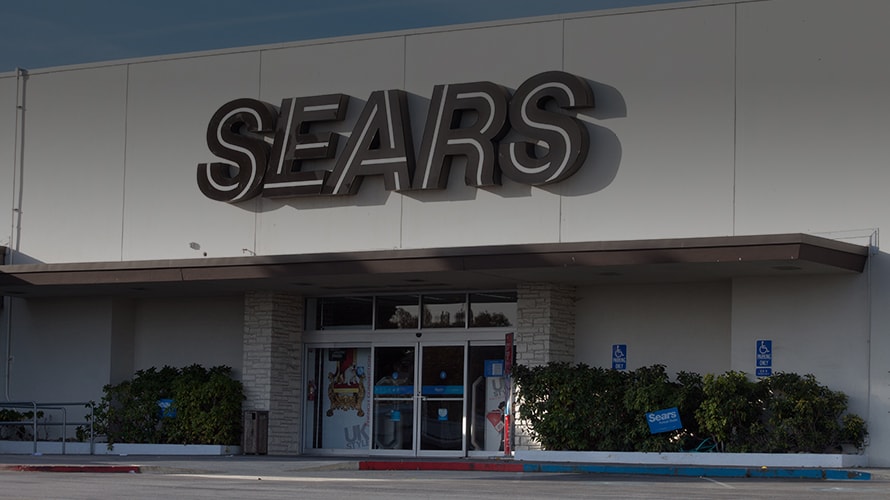 Sears CEO Eddie Lampert has been fighting to keep the brand alive since he stepped into the role in 2013, but things aren’t looking good for the 125-year-old retailer. Last week, news broke that Sears is days away from filing for bankruptcy.

UPDATE: Sears has filed for chapter 11 bankruptcy and announced plans to close 142 more stores (the company was already planning to shutter 46 stores). Lampert has given up his position as CEO but will remain Sears’ chairman.

This development may not come as a surprise to analysts and the general public, since the brand has reported net losses widened to $508 million in the second quarter from $250 million the previous year. Still, Sears is an iconic retailer with decades of history, which begs the question: Could the brand have prevented this?

Analysts agree that Sears didn’t do enough to reinvent as times changed. While the brand was disruptive when it entered the fray more than a century ago, taking on local general stores with its direct-to-consumer catalog approach, it hasn’t been able to keep up with changing times.

Mary Zalla, global president of consumer brands at Landor, noted that Sears failed to develop a relevant, online brand in the age of Amazon and other ecommerce companies. “If you’re not going to do that, the next thing you should be doing is investing in your own stores and your store experience and environment. They didn’t do that, either,” Zalla says.

"[Sears] didn't reinvent the business. You have to treat these things as startups, not as rehab projects."
-Allen Adamson, co-founder of Metaforce

Allen Adamson, co-founder of Metaforce, agreed that Sears could have done more in recent years. “Now, how did they get to this point, and why did they squander such a famous American icon and iconic brand? That’s probably because they didn’t reinvent the business,” he says. “You have to treat these things as startups, not as rehab projects. Sears was never treated as, ‘How do we reinvent the category?’ It was more, ‘How do we squeeze [out] a few more dollars?'”

To that point, some analysts suggest Lampert’s approach—selling off assets such as the Craftsman tool brand (acquired by Stanley Black & Decker in 2017), closing stores and so on—never really did much to help the brand. In fact, it only hurt it in the long run.

“You can’t cost-reduce your way to turning around,” explained Adamson. “Lampert is a great finance leader, but he’s been holding a garage sale for years—cutting costs, closing stores, selling brands for years, and all of a sudden, there’s nothing left to sell.”

Ted Nelson, CEO and strategy director at Mechanica, agreed that financial management played a big role. He believes the story of Sears and its downfall isn’t a brand story at all. “[It’s one of] financial engineering and hedge-fund manager hubris gone awry,” he said. “There are a lot of places that brand [and collection of owned brands] could have evolved to. But that would have required a savvy, cross-functional and empowered leadership team, which isn’t what Sears got.”

"Why would you go from weakness to weakness instead of moving from strength to strength?"
-Mary Zalla, global president of consumer brands at Landor on Kmart's acquisition of Sears

Analysts saw these deficiencies play out in 2004, when Lampert—who served as chairman of Sears at the time—decided that Kmart would acquire Sears in a $11 billion deal. “Why would you go from weakness to weakness instead of moving from strength to strength?” Zalla said. “If you think about Amazon and Whole Foods, that’s making some sense. Sears and Kmart? Really?”

She added that the idea of making money through closing stores for both brands and selling the real estate “seems like eyeing something with an absolute prediction of failure.”