The risks don’t outweigh the benefits 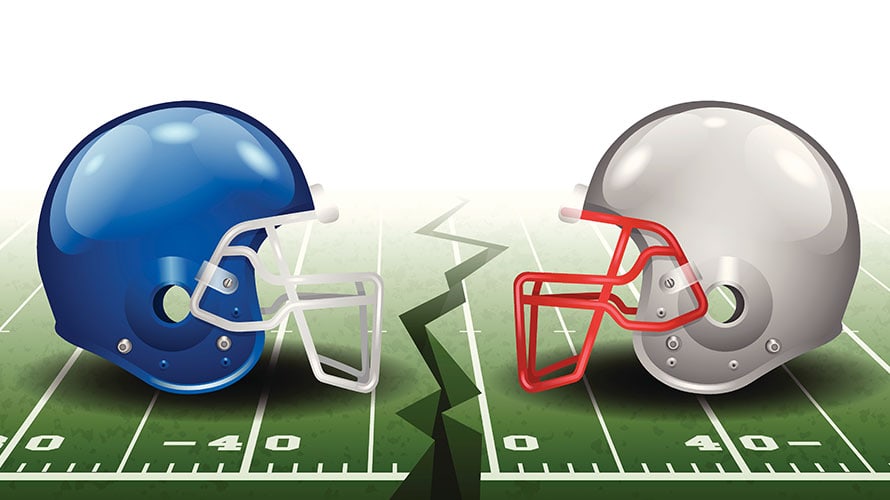 As brands drop teasers and hints about their big-budget ad spends heading into Super Bowl Sunday, one question remains: Is the Big Game the right place for a bold, perhaps political statement? Morning Consult recently conducted a study that found that only 20 percent of Americans feel it’s appropriate to make a political statement during the Super Bowl—because evidently it’s more sacred than Thanksgiving dinner.

With that in mind, it’s not exactly the time to go deep and get polarizing, unless you’re open to embracing your fair share of risk.

Historically, there’s been more controversy in the halftime show than in the commercial interruptions. The estimated 100 million viewers should expect more of the same, despite the fact that America is currently polarized.

The primary argument against making a political statement during the Super Bowl is that the event has too broad of an audience, demographically speaking. When considering a risky political statement, it’s often best to target a niche audience that may be more likely to embrace it. But if your stance or message is controversial enough, it will spread to unintended audiences anyway.

Another argument against getting political is that you don’t have to take a stance to win over younger groups, an important detail to note seeing as nearly every brand is coveting the millennial and Gen Z targets these days. Not surprisingly, younger respondents in the Morning Consult survey were more likely to be fine with companies taking a political stance during the Super Bowl, although it was a surprisingly low 35 percent for Gen Z.

It’s not exactly the time to go deep and get polarizing, unless you’re open to embracing your fair share of risk.

So, how do you avoid inciting half the Super Bowl audience to reach for their pitchforks and boycott your brand? By keeping these following causes for concern front and center.

Be OK with losing some people

This doesn’t need much explanation. If you’re going to get bold, know that you might lose some folks and some sales along the way. Calculate your risk and minimize it by being in places where the people you’re most likely to frustrate won’t likely be.

Be as bulletproof as possible

Easier said than done. A company with a strong, socially responsible track record, which they can prove with both context and tangibles, can point to their mission, purpose and extracurricular beliefs. At the very least, they can blame the backlash on their agency and its strategist who should have caught it in research.

Even in today’s hyper-polarized environment, there are things that we can agree on. Find universal truths that, even if politicized, can give you easily defensible stances.

Be inclusive and don’t villainize

The lesson here is to get behind a cause that doesn’t call out a specific group, especially if that group is half of the population. In other words, don’t launch an attack.

Be large and in charge

Do you have the resources to weather the storm should things go downhill? Will consumers forgive and forget? Americans have short memories and love a good comeback. Remember Netflix’s train wreck price hike that came close to taking the company down? Many people don’t, and those who do don’t care.

The Super Bowl is an inherently big affair: big ad budgets, big halftime productions, big audiences and big controversies. If you can go big and you’re willing to take the risk, know that there are a few advantages on the outset, assuming you’re on the winning side. Brands who take a stance are often seen as more transparent and courageous, as has been the case with Patagonia and its passionate defense of the environment.

Taking a bold stance is always going to be a precarious proposition. Confidently putting a stake in the ground is something every brand has the right to do, but even then, only do so when it makes sense for your brand, your positioning and your sense of stability.

Luiz Salles is svp, head of strategic planning at Orcí.