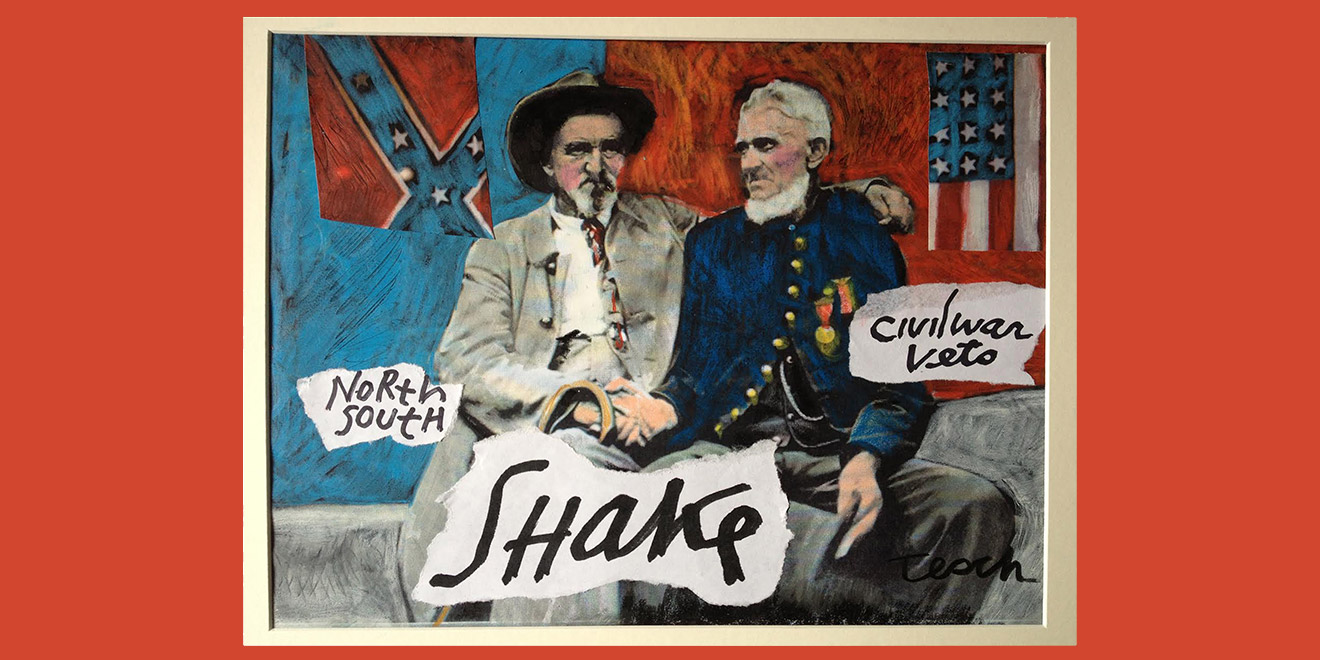 Behind each piece of art is a real-world story of a person or event 'featuring American war heroes, patriots and icons throughout history.' - Credit by AdVets for WarVets

With 15 years as a vp at McCann Erickson and subsequent stints as creative director for leading brands like Victoria’s Secret, Mike Koulermos can tell you a thing or two about getting a message out into the world. But Koulermos’ latest project has nothing to do with selling cars or soap, liquor or insurance. In fact, the brand he’s promoting now isn’t even one you can buy.

It is, however, one you can support.

Koulermos is the founder of a 501(c)(3) called AdVets for WarVets which, as its name suggests, devotes itself to the cause of helping America’s veterans. Of course, plenty of nonprofits already do that. What makes this effort unique is Koulermos’ long career in the advertising business. Using his extensive network of industry contacts, Koulermos has marshaled a veritable who’s who of legendary admen and copywriters to create original artwork—to date, over 140 pieces—and short stories to accompany them.

“Most of us were retired,” Koulermos said. “It was quite a come-together. When I asked if they’d join me to do this project for veterans, they jumped on it.”

Retired or not, the names behind the AdVets project are Madison Avenue’s red carpet material. They include Jerry Della Femina (creator of Joe Isuzu and Dow’s “scrubbing bubbles”), Ron Travisano (who created the original Meow Mix singing cat) and Mike Tesch, the man responsible for the long-running “Time to make the donuts” spots for Dunkin’ Donuts.

Behind each piece of art is a real-world story of a person or event “featuring American war heroes, patriots and icons throughout history,” to quote from AdVets’ mission statement, “each with its own heartbreaking story of war and redemption.” Koulermos entrusted each contributor with scouting out an inspiring topic, and the results range from the story of the Massachusetts 54th Regiment (a unit of black soldiers who fought on the Union side during the Civil War) to the story of Dennis Ehrlich, a Navy Lieutenant Junior Grade whose plane crashed during the Vietnam War and whose body was never recovered.

The artworks and accompanying stories are as varied as the brand accounts their creators have worked on. Yet the fact remains that people famous within the ad world aren’t usually as well known in the world at large. While Koulermos’ original goal was to auction the works of art and donate the proceeds, making a success of that venture will require a buy-in from the public.

“The art world is funny,” he said. “If you’re not Frank Stella or Jeff Koons, your artwork won’t fetch much. Say we’re lucky enough to get a thousand dollars apiece [for each work of art.] It’s not a ton of money. So I have a new idea which is, if we can get this exhibited and people see it and people remember it, and veterans come and see it, we can do just as much good as selling it.”

After all, raising awareness of the sacrifices that veterans have made is critical at a time when only a little more than 7 percent of all living Americans have served in the military. Indeed, it might be the most important brief that Koulermos has ever gotten. 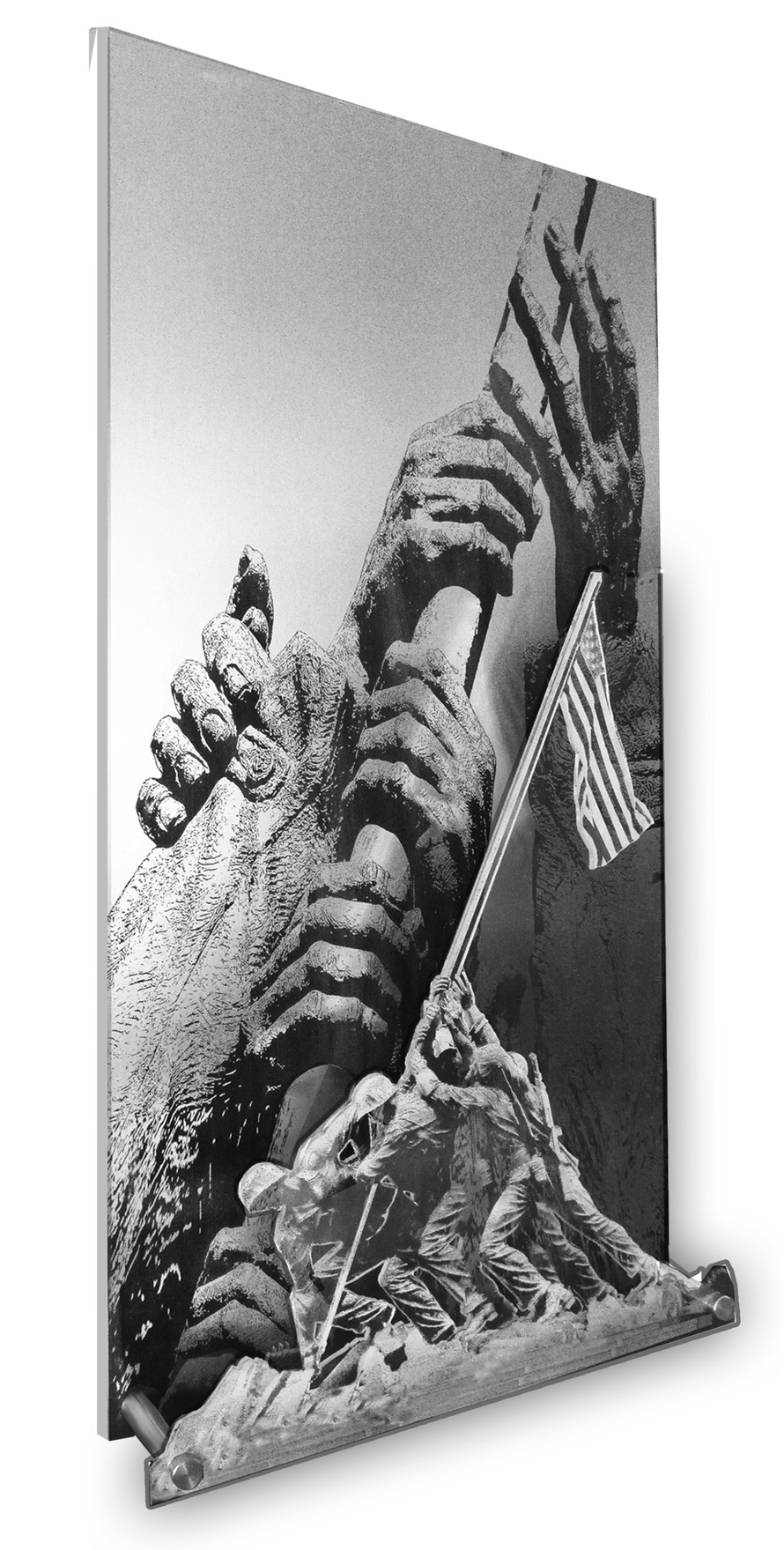 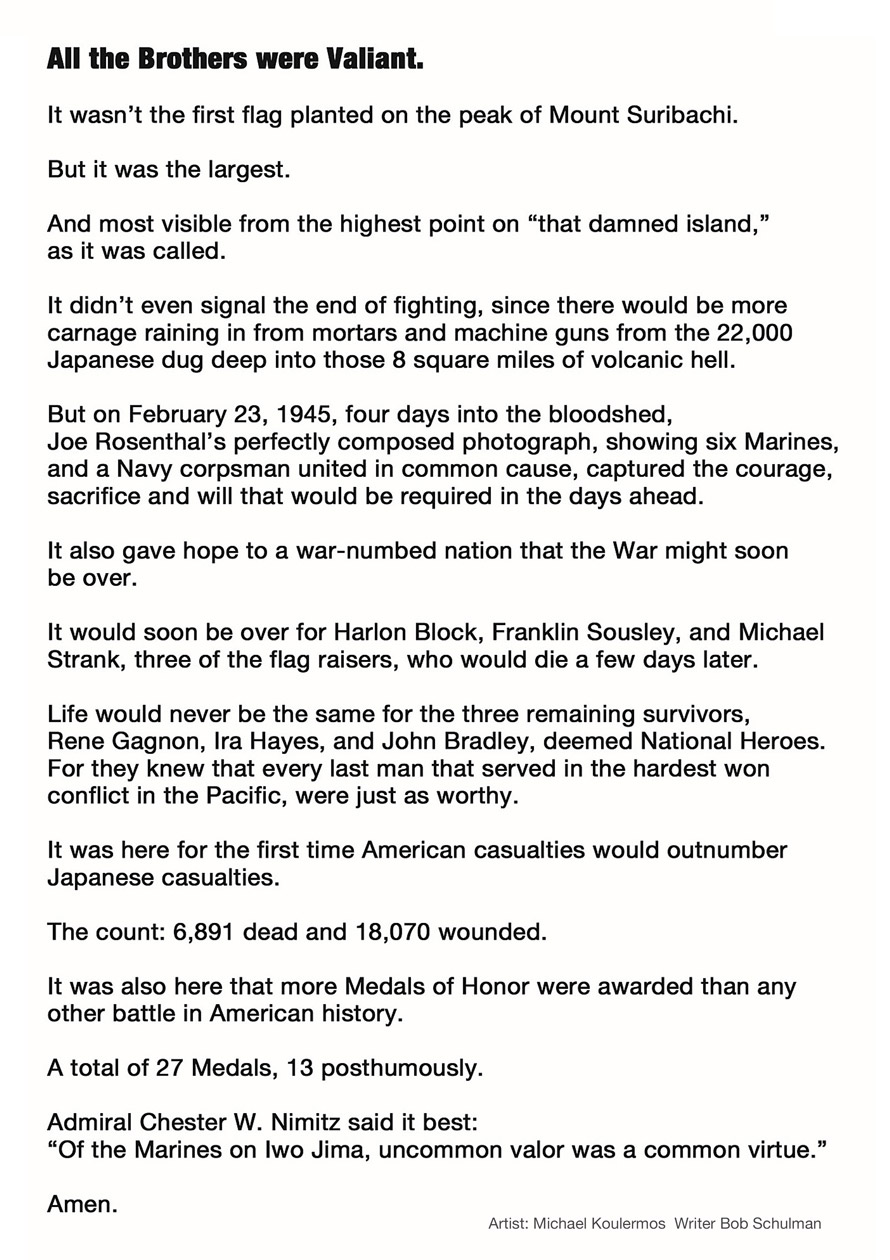 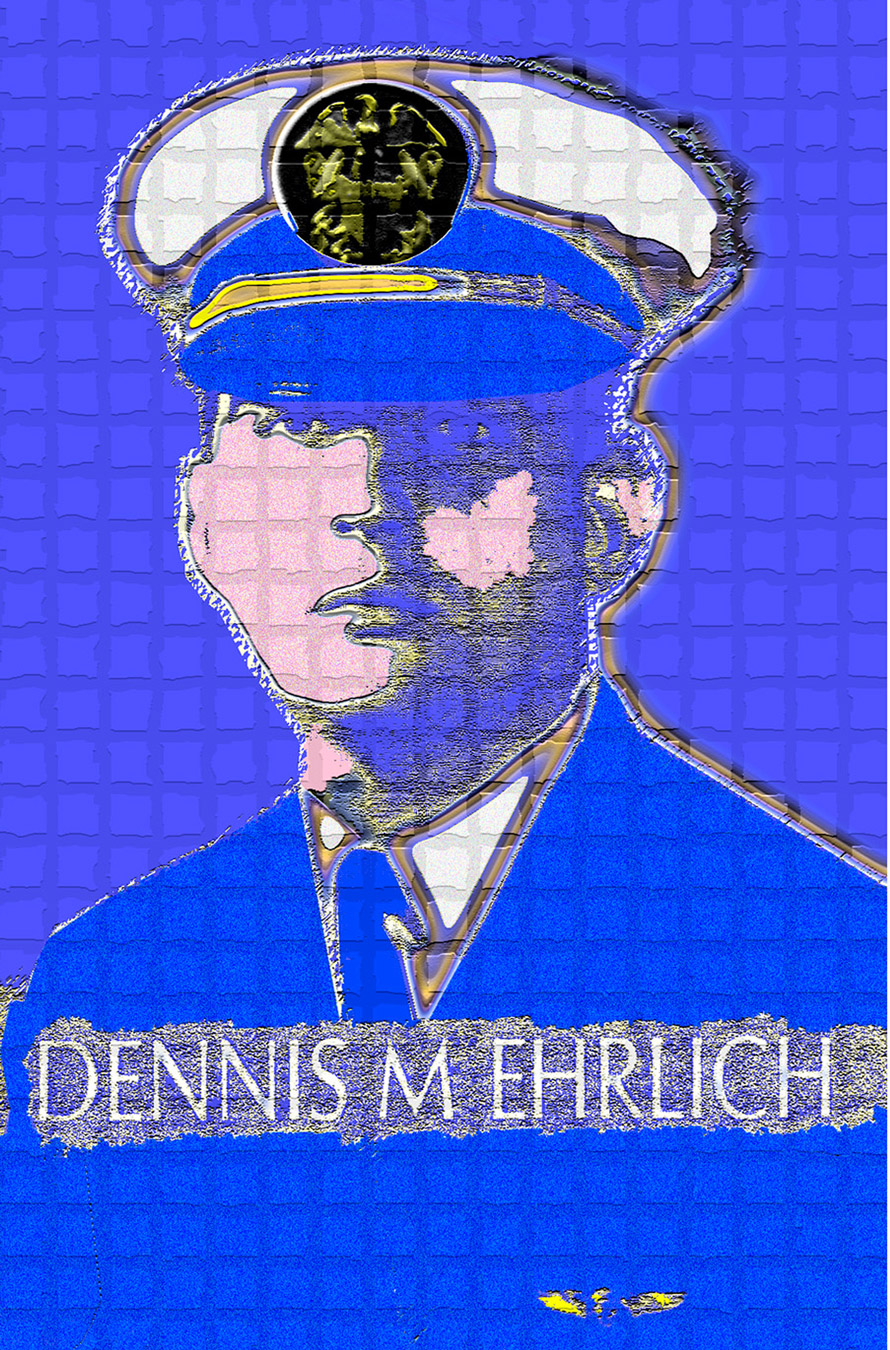 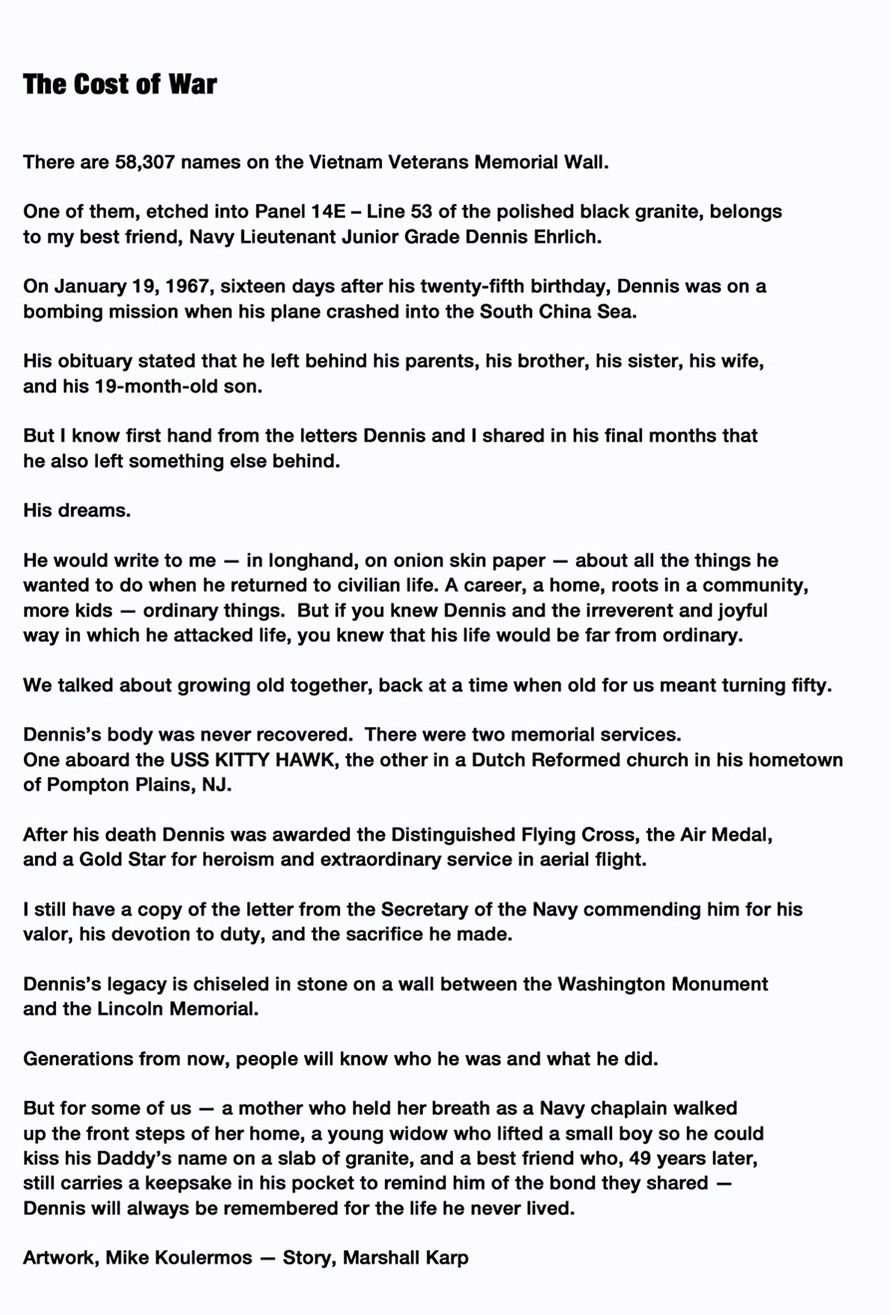 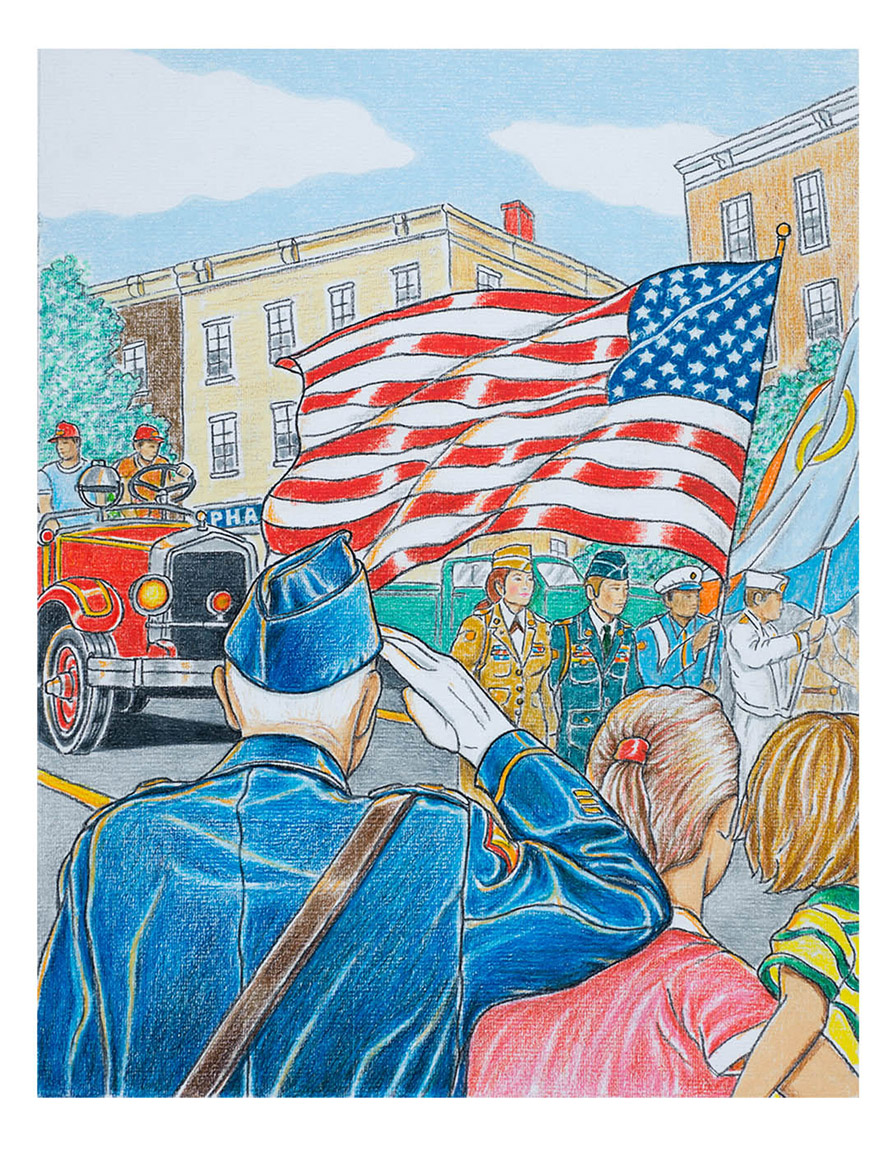 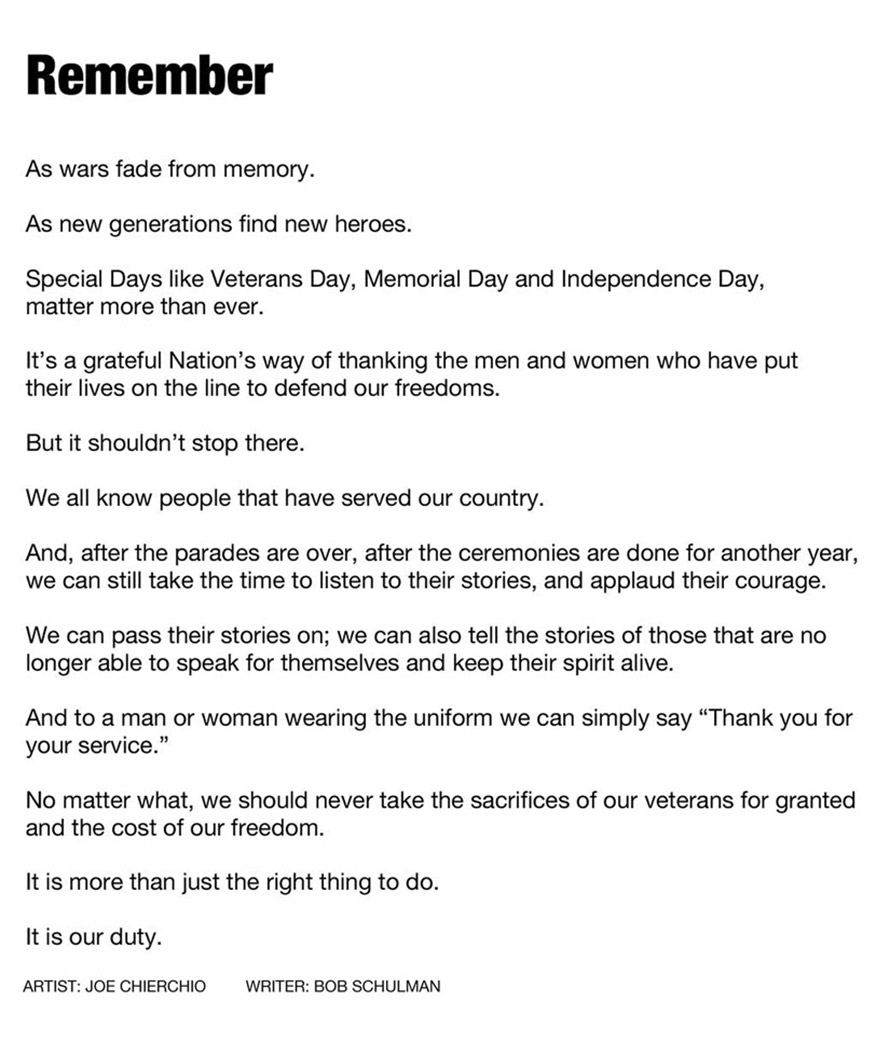