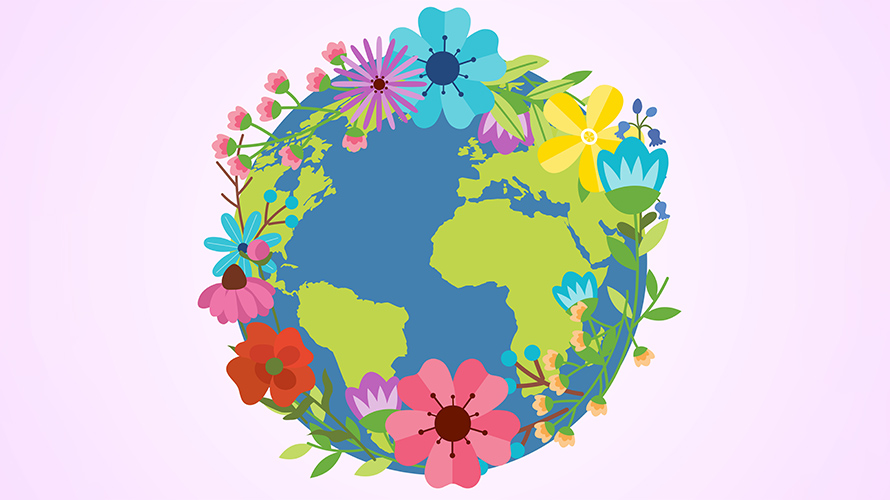 Sustainability could take a hit as companies have to forge ahead after Covid-19. Getty Images

In Venice, Italy, without a gondola or tourist in sight, a jellyfish was spotted wading through the city’s famous canals. In New Delhi, India, the city’s toxic air pollution, once visible from space, has begun to clear. Along Amtrak’s Northeast Corridor route, from Maryland past Boston, air pollution fell 30%, according to NASA—the cleanest it has been since the agency started measuring. Los Angeles is experiencing its longest stretch of “good” air quality since 1995. Carbon emissions in China fell nearly 25% when manufacturing shut down to contain the spread of coronavirus.

As the meme goes, nature is healing. Perhaps the sole upside to the Covid-19 crisis is that we’ve momentarily eased our strain on the Earth’s climate. But it won’t last long. In the broader context, pandemics are temporary, but climate change won’t be.

Over the last decade, brands in most consumer-facing industries have taken notice, incorporating sustainability into their supply chains and appointing C-suite executives to oversee green initiatives. But, given the economic damage caused by Covid-19, are their ambitious goals still viable?

On May 6, Unilever CEO Alan Jope released a statement commemorating the 10th anniversary of the brand’s Sustainable Living Plan, which seeks to “decouple” the company’s growth from its environmental footprint. In the statement, Jope also called attention to the human toll of climate change, noting that Covid-19 has contributed to the suffering of already vulnerable communities.

“The pressures on the planet are getting worse, and social inequality has reached a critical point, being made even more severe by the devastating pandemic we’re living through,” Jope wrote. “These issues are just as urgent as they were before Covid-19 struck, and—like Covid-19—they will disproportionately affect the most vulnerable. The climate crisis risks adding hundreds of millions more.”

Unilever set its sights on halving its use of virgin plastic by 2025, and told Adweek that it remained committed to that goal—but not every company would reaffirm its sustainability plans.

In 2019, Marriott, Hilton and IHG each announced that they’d be “evicting” hotel miniatures in an effort to cut down single-use plastics. Now, Marriott’s sustainability officer is on a temporary leave, and the brand declined to say whether that goal was still reachable.

Following in the slipstream of European budget airline EasyJet, in January, JetBlue announced that by July, its domestic operations would be carbon neutral, meaning it would pay to offset the environmental impact of each and every flight. JetBlue told Adweek that it was still committed to this timeline but declined to say how it would be paying for it. (Notably, the airline is flying 80% fewer flights since the outbreak, year over year.)

“It’s absolutely a concern, but I don’t think it’s wrong for a company to temporarily pause initiatives while they’re focusing on protecting the people that work for them, as long as it’s not the profit line that’s being protected,” said Emma Priestland, a corporate campaign manager at Break Free From Plastic, an environmental coalition that includes Greenpeace. “We’re looking at environmental performance over the long term. It isn’t about short-term initiatives that look nice and shiny in a press release.”

The usual suspects of corporate sustainability, Ben and Jerry’s and Seventh Generation, each acknowledged the uphill climb facing their respective brands.

“Our team is thinking about where can we go from here,” said Ashley Orgain, global director of advocacy and sustainability at Seventh Generation, a household products and cleaning brand that emphasizes sustainable sourcing. The brand is in the process of reviewing its initiatives.

Seventh Generation had set a goal in 2018 to help its own manufacturers switch to renewable energy and to set emissions reduction targets, among other larger sustainability initiatives, but the pandemic has strained its supply chain so much that it’s considering whether this would be unachievable. A week later, the brand told Adweek that it was following through on the commitment.

“In a moment like this, we’re just focusing on getting laundry detergents and spray cleaners on shelves,” Orgain said. “Our manufacturing partners are going above and beyond to meet demands and are producing at a much higher rate than business as usual.”

Given that business is booming for Seventh Generation, the additional revenue could help bolster its sustainability initiatives. But economic uncertainty now and in the future looms large over its plans.

“I would like to believe that’s the case, but we’re also looking at the potential of going into a recession and being a premium brand,” Orgain said.

Christopher Miller, head of global activism strategy at Ben & Jerry’s, sees an opening rather than an obstacle: The positive climate-related effects the world is seeing are examples of what’s possible.

“I don’t see any stepping away from the kinds of commitments that the companies have made as it relates to sustainability,” Miller said. “The things that we thought were literally unimaginable and impossible just weeks ago [with regard to reversing climate issues] are now true. What does that tell us about the opportunity to accelerate the pace of change that’s required to meet environmental imperatives and social imperatives?”

He added: “I think there will be tension to this idea of returning to the normal that was.” Progressive companies and progressive policymakers, he said, will talk about the environmental benefits of Covid-19 as proof of concept and an opportunity for improvement.

While brands like Seventh Generation, Ben and Jerry’s and retailer Patagonia are often leaders in corporate sustainability initiatives, PepsiCo chief sustainability officer Simon Lowden generally agrees with their sentiment, calling the current crisis merely a bump in the road, emphasizing that brands haven’t been doing enough when it comes to green policies.

“Have brands become a very big loudspeaker for sustainability efforts across the business? I would say no,” Lowden said. “I don’t think there will be any dramatic changes in the goals we set as a company. There may be some slight, short-term bumps, but I think it’ll be fine. … Now is the time, more than ever, given the sensitivity around personal health, community health and the planet’s health.”